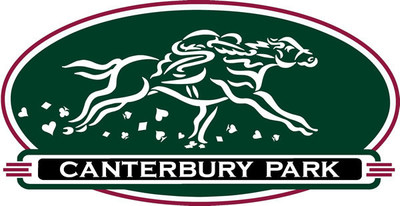 Additional information regarding the results of the Company's second quarter and first six months of 2019 is presented in the accompanying table and in our Form 10-Q Report that will be filed with the Securities and Exchange Commission on or before August 14, 2019.

Randy Sampson, Canterbury Park's President and Chief Executive Officer, commented: "After disappointing 2019 first quarter results which were negatively impacted by a number of factors, most significantly construction disruption and unusually inclement weather, we were pleased to see our second quarter revenues and net income return to more normalized levels. Card Casino revenues and food and beverage revenues were up approximately 5% and 6%, respectively. These increases are primarily attributable to the Company's investment in the re-modeling of our Card Casino and upgraded food and beverage offerings that we completed during the first quarter of 2019. Also, our focus on expense control resulted in a slight decrease in operating expenses for the quarter. However, overall results were negatively impacted by a decrease in pari-mutuel revenues for the quarter of 8.5%. This decrease was primarily due to two factors. Simulcast revenues decreased approximately 8% due largely to a general lack of interest in the 2019 Triple Crown races. In addition, our guest fee revenue from out of state handle declined approximately 25% due primarily to the temporary loss of a high-volume wagering company resulting from a contract dispute between Churchill Downs, the Company's content provider, and Monarch Content Management. Fortunately, this dispute was substantially resolved after the quarter ended June 30, 2019."

Mr. Sampson added: "We are encouraged by the improved 2019 second quarter net income compared to 2018, particularly considering the fact that we still face traffic and parking challenges caused by the road construction related to our ongoing infrastructure development project. We are seeing the opportunity for growth with the reopening of the Card Casino and believe the expanded table games and food offerings will continue to drive additional business, particularly during live racing and large events. We were very excited to begin the third quarter by successfully hosting Twin Cities Summer Jam in our racetrack infield on July 18-20, 2019. Despite rain and record high heat, this three-day concert brought almost 40,000 people and some of the biggest names in country and rock music to our property. Most importantly, it showed that our investment in infield infrastructure to enable us to host large concerts and other festivals was a success."

"Finally, we continue to make tangible progress on our Canterbury Commons development. Construction of the 13-acre, 300-unit first phase of The Triple Crown apartments is well underway and is scheduled to have the leasing office open later in the fall of 2019 with move-in of the first residents in early 2020. Also, the Shenandoah Drive road project is progressing and will be completed this fall. Completion of this road is significant as it opens up our ability to develop approximately 50 acres of our property. We have made significant progress on this phase of the Canterbury Commons development, which we anticipate will be under construction in 2020 and feature a mixed use of townhomes, senior apartments, office, and hospitality. We hope to announce specifics for this portion of the development in the near future."

To supplement our financial statements, we also provide investors with information about our EBITDA and Adjusted EBITDA, both of which are non-GAAP measures. EBITDA is not a measure of performance or liquidity calculated in accordance with generally accepted accounting principles ("GAAP"), and should not be considered an alternative to, or more meaningful than, net income as an indicator of our operating performance, or cash flows from operating activities as a measure of liquidity. EBITDA has been presented as a supplemental disclosure because it is a widely used measure of performance and basis for valuation of companies in our industry. Moreover, other companies that provide EBITDA information may calculate EBITDA differently than we do. Adjusted EBITDA reflects additional adjustments to our net income to eliminate unusual items. We have presented Adjusted EBITDA as a supplemental disclosure because it enables investors to understand our results excluding the effect of unusual or infrequent items. For the three and six months ended June 30, 2019, Adjusted EBITDA excluded the gain on insurance recoveries and loss on disposal of assets.

From time to time, in reports filed with the Securities and Exchange Commission, in press releases, and in other communications to shareholders or the investing public, we may make forward-looking statements concerning possible or anticipated future financial performance, business activities or plans. These statements are typically preceded by the words "believes," "expects," "anticipates," "intends" or similar expressions. For these forward-looking statements, we claim the protection of the safe harbor for forward-looking statements contained in federal securities laws. Shareholders and the investing public should understand that these forward-looking statements are subject to risks and uncertainties which could affect our actual results and cause actual results to differ materially from those indicated in the forward-looking statements. We report these risks and uncertainties in our Form 10-K Report to the SEC. They include, but are not limited to: material fluctuations in attendance at the Racetrack; material changes in the level of wagering by patrons; decline in interest in the unbanked card games offered in the Card Casino; competition from other venues offering unbanked card games or other forms of wagering; competition from other sports and entertainment options; increases in compensation and employee benefit costs; increases in the percentage of revenues allocated for purse fund payments; higher than expected expense related to new marketing initiatives; the impact of wagering products and technologies introduced by competitors; the general health of the gaming sector; legislative and regulatory decisions and changes; our ability to successfully develop our real estate; temporary disruptions or changes in access to our facilities caused by ongoing infrastructure improvements; and other factors that are beyond our ability to control or predict.