Will Netflix Wilt From the Competition? 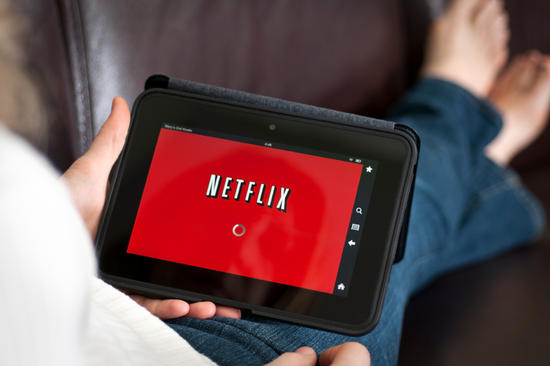 NFLX, Financial) reported its latest quarterly results that showed more U.S. subscribers left the platform than signed up, many investors began sounding the death throes for the once unassailable digital streaming Goliath.

Is talk of Netflix’s demise premature?

The company is entering a new and potentially perilous chapter in its corporate history. In the span of a decade, the company transformed itself from a mail-order DVD business into the first digital streaming powerhouse. The company has remained king of the hill for the past several years, while other media players have been forced to play catch-up.

Sumner Redstone’s maxim that “content is king” is no less applicable today than it was when made years ago. The key issue for Netflix, in terms of remaining at the top slot, is how much can it spend on original content to ward off the Disney (

DIS, Financial) juggernaut and other media companies, such as AT&T (T, Financial), soon to enter the streaming market?

The loss of the popular shows such as “Friends” and “The Office,” given their continuing popularity, no doubt had an impact on subscriber numbers. The big question for Netflix is will it be able to supplant the loss of popular network TV series with its own original offerings and how much will this endeavor cost?

One of the challenges facing Netflix is that it went on an original content spending spree approximately seven years ago as a means for retaining existing customers as well as attracting new subscribers. As evidenced by its revenue and new sign-ups, the strategy worked well. The company has committed a whopping $15 billion this year for original programming; this amount surpassed last year's $13 billion sum.

CEO Reed Hastings anticipated the moment when other legacy media companies would enter the fray, looking to knock the heretofore untouchable Netflix off its digital streaming content perch.

The company’s original strategy to ward off the new competition on the horizon was to make itself the “Soviet” of streaming companies, where it would overpower rivals with brute force based on the sheer numbers of its original content offerings. Yet, as Netflix is discovering, much to its chagrin, producing original content is incredibly expensive and doesn’t always yield the hoped-for results.

The company's ballooning debt is due, in part, to its showering hundreds of millions upon legacy Hollywood talent, by raiding old-line studios and enticing producers, directors and actors with astronomical compensation packages. So far, the results have been mixed. And if the company is going to reap a better return on its programming expenditures, it will need to start reigning in runaway production costs.

The other challenge on the horizon is the company’s ability to retain, on a long-term basis, existing customers, who can easily ditch the service for the competition. When Netflix was the only game in town, this wasn’t much of a problem. Now that bona fide competition appears on the horizon, who aim to kill the allure of Netflix’s base $12.95 package, holding on to customers will be much more difficult due to the fungibility of streaming platforms. The ease of signing up is now being used as a sword by new competitors against the very company who benefited from this advantage.

The benefit Netflix originally provided to customers through its digital streaming platform was its simplicity; customers were assured of diverse programming available at any time — with no advertisements. Signing up for the service was simple compared to the hassle of paying for and quitting cable TV bundles.

Now the ease of use of signing up customers is no longer going to be a blessing, but rather a curse. In short, the current and soon-to-be ferociously competitive media streaming environment is vastly different from that which gave Netflix its rise to dominance.

Hastings' strategy was to satisfy Netflix subscribers' voracious appetite for loads of original content available at all times. In order to satisfy this subscriber demand, the company has incurred a massive amount of debt, with current long-term liabilities close to $20.7 billion.

The company’s debt, following an unbroken skyward trajectory, is approaching unsustainable levels. The chart below tells the tale. Netflix’ s free cash flow has been in negative territory since 2013; its trailing 12-month free cash flow ending in June was -$3.09 million. Its total liabilities have increased from $7.9 billion in 2016 to $20.7 billion in 2019.

This cash burn rate can no longer be maintained, especially if U.S. subscribers continue to flee. A perusal of other indicators on the chart are ominous as well: operating margins are subpar. As noted by GuruFocus, at 10.56%, Netflix’s operating margin ranked lower than 55.40% of 287 companies in the entertainment industry. The industry maximum is 894.42%, the median, 12.13% and the minimum, 0.05%.

One would have hoped that at some point during its astronomical rise with zero competition, the company could have shown better margins.

Netflix will also need to address its free cash flow problem. Investors may initially have applied the same logic to the company’s ballooning debt the same way they ascribe valuations to the new tech unicorns with histories of losses: as long as a relatively young company is able to corral in new customers at an increasing rate and demonstrate sustained revenue growth, losses will be overlooked.

Unless it achieves a better return on the enormous sums it spends on original content, however, Netflix is going to have an increasingly difficult time justifying its debt levels at the present unsustainable rate.

Though the impact of Disney may be exaggerated, Netflix’s next decade is going to be decidedly different than the last, raising the question: should it’s present sky-high valuation be adjusted? Given the increasing competition, is Netflix worth $309.47 and is its current price-earnings ratio of 117.8 justifiable?