Will NIO Get a Bailout From China Inc.?

The Chinese EV startup's bonds say bankruptcy is imminent, but the share price is still buoyed by hopes of government intervention 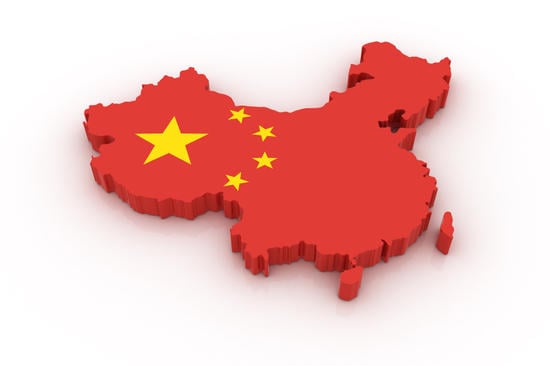 NIO, Financial) once dreamed of conquering China’s fragmented (and increasingly saturated) luxury electric vehicle market. It claimed it could leapfrog the legacy automakers and established EV companies alike. Alas, reality has a tendency to punish companies that rely on fantasy over facts. NIO experienced a painful collision with financial reality when it reported second-quarter earnings on Sep. 24. The Chinese EV startup’s stock was seriously mangled in the crash.

With its bank balance fast approaching zero, NIO faces a serious cash crunch. With little prospect of turning things around operationally anytime soon, NIO’s only serious hope now lies with the Chinese government, which could choose to rescue the flailing EV company from imminent extinction.

NIO’s biggest problem is its rapidly depleting cash balance, which is exacerbated by the company’s guidance for a continued high rate of cash burn going forward. Indeed, NIO would already have run out of cash had it not been for the issuance of a $200 million convertible note on Sep. 5 to Bin Li, NIO’s CEO and chairman, and Tencent Holdings Ltd., an early backer of the EV startup. Yet, even this desperate move has bought NIO very little in the way of extra breathing space. On Sep. 24, analysts at Sanford C. Bernstein concluded that “NIO’s liquidity is now measured in weeks.”

Unsurprisingly, the outlook among analysts has continued to darken. On Sep. 29, Bernstein struck again, slashing its price target to 90 cents from $1.70, citing NIO’s “clear and present danger” of insolvency:

“NIO’s Q2 report and Q3 guidance showed a company struggling in the face of multiple headwinds. Its balance sheet reflected another quarter of severe free cash flow burn, while guidance for negative vehicle gross margins in H2 2019 was much worse than even our bearish expectations.”

With precious little cash left in the bank and gross margins expected to remain negative in the second half of the year, NIO must either raise funds or close up shop.

As we discussed in a research note published on Sep. 29, NIO’s disastrous last quarter and weak guidance leave little hope for the future. Yet, while the stock has plummeted, it remains far above zero.

But how can a company that is rapidly running out of cash, and thus teetering toward insolvency, continue to command a market capitalization of $1.8 billion? Well, the answer is actually quite simple: Equity holders are banking on a bailout from the Chinese government.

China Inc. to the rescue?

China’s government apparatus and ruling Communist Party have long been intertwined with industry. As an ostensibly communist economy, private enterprise exists on government sufferance. However, those companies with strong ties to the government have often been able to rely on a public backstop. NIO investors evidently hope that this so-called China Inc. will save them. Bernstein commented on the possibility of such an action in its Sep. 29 research update:

“Will NIO get a bailout deal? NIO’s share price has declined sharply since Q2 reporting, but still implies market cap of US$1.8bn. Meanwhile its convertible bond trades at 33 cents and implies default. We think the best explanation for this apparent contradiction is faith among equity investors that China Inc. will come to NIO’s rescue. In our view, the best argument in favour of a NIO bailout is that failure would represent an embarrassing setback for China EV ambitions. It could also prove very damaging for the fundraising plans of various other Chinese EV start-ups. But we anticipate that NIO’s high cash burn could put off would-be suitors.”

However, the Chinese government may not be so concerned with the prospect of losing money on NIO if it meant it could prevent a serious disruption of its EV market, as well as shore up faith in the numerous other domestic EV startups popping up across China, many of which plan to tap capital markets to fund aggressive growth.

NIO plans to continue economizing on costs, but it readily admits that this will not be enough to stop the bleeding anytime soon. A bailout of some kind is the company’s only hope at this point. Based on its latest financial statements and analyst call, no private investor is likely to want to touch this name, unless incentivized (or coerced) by the Chinese government to do so.

For NIO, there is no Plan B. Survival depends on a bailout by China Inc., either through a direct government rescue or a government-sponsored rescue by other players. As Bernstein observed in its last commentary, this sets NIO up as a binary play:

“At this point, we think NIO’s shares have become a binary option on a bailout deal. In the absence of greater clarity on funding, we’d expect NIO’s share price to continue lower. In the event of a deal, we’d expect the dilution to existing equity to be substantial, although the removal of immediate insolvency risk would be a positive.”

While NIO may yet receive the bailout that investors hope for, we do not see how the outcome would be particularly positive for current shareholders. China Inc. may wish to spare itself the embarrassment of a high-profile bankruptcy, but it has no particular incentive to save the equity from punishing, if not annihilating, dilution.

Investors expecting the share price to surge if the insolvency risk is mitigated should think again.

There Is Good Reason to Fear the Repo

NIO Is Running on Empty

Not a Premium Member of GuruFocus? Sign up for aÂ free 7-day trial here.
Â