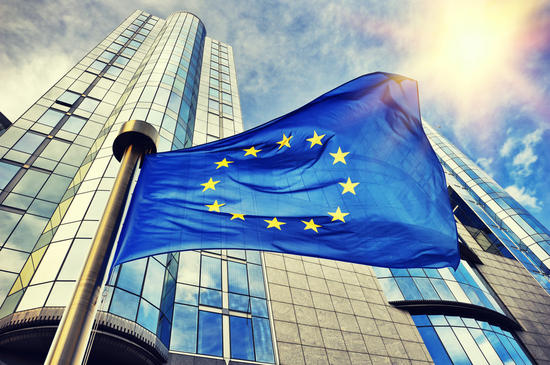 As investors anticipate the next round of trade talks between the U.S. and China, several opportunities exist in European markets. According to the High Quality Screener, one of our predefined screens within the All-in-One Screener, five European health care companies with good business quality are BioGaia AB (OSTO:BIOG B), CellaVision AB (

Although the Dow Jones Industrial Average traded at an intraday high of 26,424.31, up 260.27 points from Tuesday’s close of 26,164.04, the 30-stock index closed at 26,344.62, up just 180.58 points. Stocks advanced earlier during the day on reports that China is open to a partial trade deal with the U.S. provided that President Trump does not further increase tariffs on Chinese exports. Despite this, the markets pared gains on reports that China lowered trade talk expectations during its visit in Washington D.C., which begins on Thursday.

On the other hand, European markets closed lower Wednesday morning following dimmed hopes of a trade deal in light of geopolitical concerns between China and Hong Kong.

Charlie Munger (Trades, Portfolio) listed four key criteria for good businesses: predictable earnings, improving profit margins, no meaningful debt and available at attractive prices. GuruFocus’ high-quality screen seeks companies that have 10 years of profitability over the past 10 years, a predictability rank of at least 3.5 stars, a 10-year median return on equity of at least 15%, an operating margin of at least 16% and highÂ financial strength. As of Wednesday, five European health care companies have high business quality and the financial strength to withstand market volatility considering progress, or lack thereof, between the U.S. and China regarding trade.

Stockholm, Sweden-based BioGaia develops probiotic products through three business segments: Pediatrics, Adult Health and Other. GuruFocus ranks the company’s financial strength and profitability 9 out of 10 on several positive investing signs, which include robust interest coverage, a solid Altman Z-score of 28.48 and operating margins that have increased approximately 5.6% per year over the past five years and are outperforming 95.76% of global competitors.

BioGaia’s profitability ranks 9 out of 10 despite a weak Piotroski F-score of 3.

CellaVision supplies digital solutions for blood and body fluid analysis. GuruFocus ranks the Swedish medical diagnostic and research company’s profitability 10 out of 10 on several positive investing signs, which include a strong Piotroski F-score of 8, a return on assets near a 10-year high of 28.16%, and operating margins that have increased approximately 15.30% per year on average over the past five years. The website also gives CellaVision a five-star business predictability rank on the heels of strong and consistent revenue and earnings growth over the past 10 years.

Wasatch International Growth (Trades, Portfolio) Fund has not released its third-quarter portfolio as the deadline is 45 days after the quarter ends. As of June 30, the fund is riding CellaVision’s strong financial strength and profitability with a holding of 87,455 shares.

Diasorin manufactures in vitro diagnostic tests for hospitals and private laboratories. GuruFocus ranks the Italian medical research company’s financial strength 9 out of 10 on several positive investing signs, which include a strong Altman Z-score of 16.31 and a debt-to-equity ratio of zero.

Diasorin’s profitability ranks a perfect 10 out of 10 on the heels of net profit margins and returns on assets close to 10-year highs and that outperform over 96% of global competitors. Additionally, the company has a 4.5-star business predictability rank.

Denmark-based Novo Nordisk manufactures and markets a wide range of human and modern insulins and oral antidiabetic agents. GuruFocus ranks the company’s profitability 10 out of 10 on several positive investing signs, which include a five-star business predictability rank and operating margins that have increased approximately 2.6% per year over the past five years and are outperforming 97.58% of global biotech competitors.

Gothenburg, Sweden-based Vitrolife develops and markets products for prolonging and improving life. GuruFocus ranks the company’s profitability 10 out of 10 on several positive investing signs, which include a five-star business predictability rank, operating margins near a 10-year high of 33.82% and returns on equity that outperform 95.62% of global biotech competitors.