Production improves thanks to Lamaque 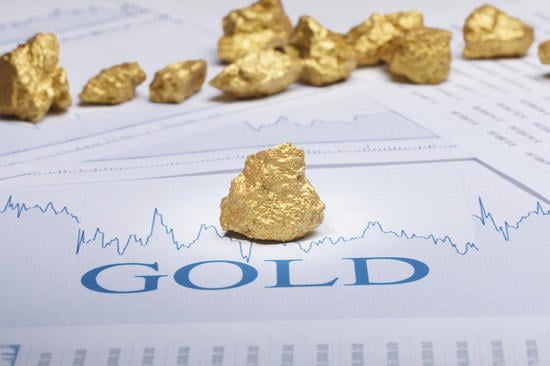 EGO, Financial) (TSX:ELD) released results for its third quarter of 2019 after the closing bell on Thursday. The stock price was up 0.95% to $8.5 per share at the end of extended trading.

The Canadian mid-tier gold miner missed forecasters' expectations on GAAP earnings per share by 8 cents and on revenue by $1.08 million. This happened despite a positive shift in GAAP earnings to 3 cents per share from the year-ago loss of 81 cents. Revenue has also grown 112.5% year over year to $172.3 million.

Third-quarter gold sales were influenced positively by second-quarter commercial production from the company's Lamaque mine in Canada, where 32,037 ounces of gold were mined.

Eldorado posted lower all-in costs as a result of reduced fixed costs per unit and ramp-up of activities at the heap leach pad of the Kisladag mine in Turkey. Here, the company aims to extend the life of operations after encouraging test results to evaluate the waste stripping ratio.

The operator also mined the precious metal at the Efemcukuru minr, which hosts the company's second line of Turkish operations, and at the Olympias mine in Greece, where production decreased due to a drop in the amount of the material delivered at the milling facility.

In addition to Olympias, Eldorado Gold has other mineral assets in Greece, where it is working in synergy with local authorities and the Greek government to obtain all the necessary permits to build superior precious metal producing assets.

Eldorado Gold will sustain future production, assets development, and explorations activities with cash flows from its operations and total liquidity of $322 million, which, as of Sept. 30, included cash on hand, investments in short-term securities and available lines of credit.

Gold price will be the main driver of Eldorado Gold’s revenue, earnings and cash flow in the coming quarters.

Gold price benefitted from a lower yield environment, concerns about the economic outlook and commercial conflicts between countries. It is believed the yellow metal will continue to trade higher as the indicated macro factors will persist.

Eldorado Gold should be able to take advantage of higher gold prices, topping either its industry or the overall market within 52 weeks according to analysts that have issued an overweight recommendation rating. The average target price is $9.64, mirroring a 14.5% upside from Thursday’s closing share price of $8.42.