Teva, Bausch Could Be Next to File for Bankruptcy 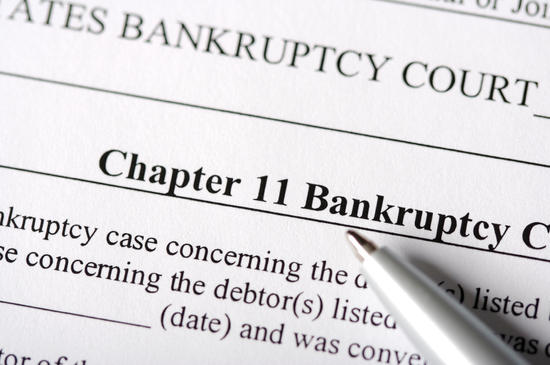 The growing number of bankruptcies among biotech companies should send shudders through investors. And a number of companies, some with prominent names, could be joining this dubious list of business failures.

A Nov. 19 article in BioPharma Dive reported that 11 biotech companies have declared bankruptcy this year. That's nearly three times the average number who sought the shield in the past 10 years, according to the firm Bankruptcy Data.

The highest-profile filing was not by a biotech, but by pain management company Purdue Pharma, which was hit with a wave of lawsuits for its role in fueling the opioid crisis through aggressive marketing of its drug Oxycontin. The private company agreed to pay a settlement of more than $10 billion, but several states want more. Others taking the bankruptcy route include Achaogen Inc. (

Who could be next? BioPharma Dive compiled a list of 31 companies that are at the highest risk of filing for bankruptcy in the next year, based on data from CreditRiskMonitor, a firm that calculates the probability using a 10-point scale called a FRISK score.

CreditRiskMonitor says its track record has been nearly perfect in predicting bankruptcy, adding that of the drug companies that went bankrupt this year, each had a FRISK score of 1 or 2 before they took the plunge.

The typical pharma company has a FRISK score of 7. BioPharma Dive tailored its list to include companies traded on major U.S. exchanges with current share prices above $1 and market values above $50 million.

TEVA, Financial) and Bausch Health Companies (BHC, Financial). Both have market caps in the $10 billion range.

Teva has fallen hard in the past five years. During that time, it traded as high as $70, but is currently priced at just over $10. A small sign of optimism is that the stock has gained about $3 in the past month. Its consensus rating is hold, with a target price of just under $9. The Israeli company faces a myriad of challenges, including charges of contributing to the opioid epidemic and of conspiring to fix prices with other generic drug makers.

Bausch shares have been pummeled since 2014, falling nearly 90% from its high of $257 in July 2015. The picture has brightened in the past year, as the stock now trades near its 52-week high of $28.64. A majority of analysts rate the company a buy or strong buy with a target price over $30. The company, previously known as Valeant, is suffering under the weight of legal problems and a debt load of $24 billion, both contributing to its rating by both Moody’s and Fitch as a “non-investment grade, speculative company.”

Disclosure: The author has a position in Teva.