Could Buffett Be Buying Boeing? 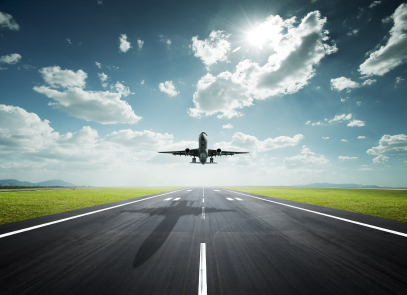 BRK.A, Financial) (BRK.B, Financial) is potentially building a stake in Boeing (BA, Financial), according to the investing world's rumor mill. I don't spend a lot of time thinking about rumors about topics that I don't know understand, but if you are a value investor, you probably know a lot about Warren Buffett already. Because this idea actually seems like something that could be right up Buffett's alley, it sparked my interest.

After meeting Charlie Munger, Buffett increasingly started buying into quality companies at reasonable prices and paying attention to their economic moats. You can argue long and short about competitive advantages, but if a company is one of only two major passenger plane manufacturers in the world, it is going to have a major competitive advantage.

The problem with such a strong advantage is that usually, you have to pay up to get it. This is especially true in the mega-cap space which is where Buffett primarily plays. Because of the Boegin 737 disasters, Boeing has seen a sellout of its shares, despite the fact that it is a company with a moat and very little leverage.

Buffett paid a multiple of 17 times forward earnings for Precision Castparts. Boeing is actually trading at 16 times its earnings estimates for next year as of Jan. 8. Theoretically, it is possible Buffett will acquire it paying a premium, but that seems a bit of a stretch to me. I'm guessing he will be satisfied deploying $10 to $20 billion here depending on how fast it gets away from him.

However, if Berkshire was just considering buying the stock, it would be more unusual for rumors to leak out. Besides Berkshire, I can't think of any party that could go for a company this big and have it make strategic sense.

Buffett talked to Becky Quick back in March of 2019, and from that conversation, I took away that Buffett doesn't view the 737 problems as a structural issue:

"There's a problem with this 737 max the Boeing but they're staying up 24 hours a day. They got it worked out and that won't change the industry or anything over time. And the airline industry has been so safe I mean unbelievable we happen to sell insurance also and the rates went down so far just because the industry is so safe."

These are important comments as they show Buffett wouldn't be afraid to buy into these problems if the price is right.

Another thing that I think is a prerequisite for Berkshire making a move is that Boeing's ex-CEO Dennis Muilenberg got the axe. Buffett has no desire at all to go activist or have arguments with CEO's. Both him and Charlie are known to believe in taking swift and rigorous action once problems arise at an organisation. This did not really happen at Boeing. In fact the, the financial times reported:

"Mr Muilenburg, an engineer, spent his entire career with Boeing but was widely criticised for a faltering and defensive response to the crashes, which killed 346 people. The board indicated that it was aware of the need to improve communication, not least with the Federal Aviation Authority, its domestic regulator."

Boeing is a company with an enterprise value of $201 billion, and Berkshire has cash and short term investments of about $130 billion. Buying 5-10% of Boeing would allow Buffett to deploy a meaningful amount. Taking the company private would likely require at a minimum something on the order of $240 billion, but Berkshire is the rare company that can finance something like that without issuing a lot of stock. I'm not so sure Buffett would take Boeing private, though, as that would incur a high premium.

I’ve acquired a few shares of Boeing with the idea that if Buffett is really pursuing Boeing, we'll see it run up a bit in the short term, perhaps 5%-10%. If there's no truth to the rumors, it will likely fall back down 1%-2%, but if there's really a bid coming, I'm looking forward to a potential 20%-30% during the next one and a half months.