Buy These Miners as Gold Is Predicted to Soar

Their share prices have a high chance to deliver robust gains 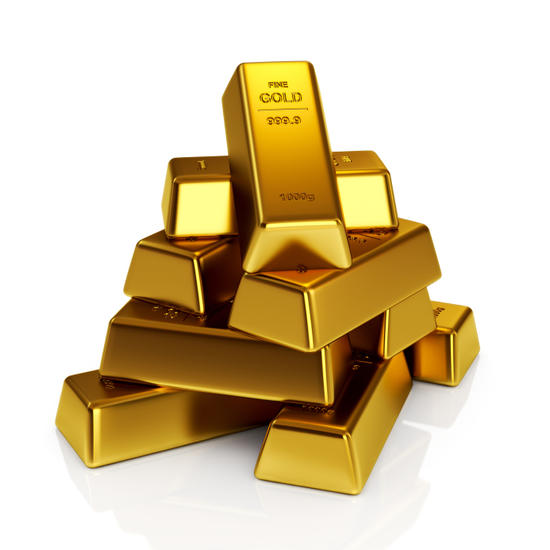 Gold futures have risen again since the last five days, recovering from a disappointing mid-March, when gold futures were down 13.5% from the seven-year high of $1,700 per troy ounce reached earlier in the month.

Year to date, gold futures are up 5% to about $1,605 per troy ounce during trading on Wednesday, April 1.

Higher demand is expected to support higher prices in the weeks ahead as investors head towards safe havens and fortify their cash balances, as the recent U.S. dollar rush indicates. The U.S. dollar index (DXY) is at $99.50 on Wednesday, trading in positive territory again for the second session over the last three days, recovering from last week when it lost 4.33%.

Two factors lead me to believe that the predicted higher gold prices are likely to happen. These come from the recent moves of the central banks of the largest two economies of the world.

The first clue is from the Federal Reserve. International monetary policy makers will, under a temporary repurchase agreement facility announced by the U.S. Central Bank on March 31, be allowed exchange their U.S. Treasury securities for of U.S. dollars for at least six months beginning April 6.

The need to enact such a policy to sustain the U.S. public debt securities market can be predictive of an even lower spread between long-term bonds and short-term bonds, potentially leading to an inverted yield curve. This is a signal of an economic recession that several analysts today forecast as the inevitable outcome of the Covid-19 pandemic.

As a result, the perception of a riskier U.S. public debt will promote gold as a good investment solution in a low yielding environment, which is typical for a bond market flipping upside down.

The second clue is from The People's Bank of China. The enactment on March 30 of a 20-bps slash in its seven-day reverse repo agreement rate to 2.2%, the largest cut since 2015, hints at higher gold prices.

Now more than ever, the investment demand for gold may provide the repo market channel with a relevant source to support the economy.

In order to benefit from the expected bull gold market, investors may want to consider buying shares of strong performers among U.S.-listed mining companies.

The following three gold miners posted impressive returns over the year to mid-February (before Covid-19 started to impact global markets), and over the past year and three years through March 31, when gold futures gained 3.8%, 20.8% and 29%, respectively.

The first gold producer to consider is Teranga Gold Corp (

Shares of the Canadian operator with mining activities in West Africa posted a 54% gain in the year to the mid-February time period, a nearly 80% rise in the past year and about 53% gain in the past three years through March 31. The stock beat the VanEck Vectors Gold Miners exchange-traded funds (GDX) – the benchmark for the gold mining industry – by 17.3%, 76% and 52%, respectively.

From its proven and probable mineral reserves accounting for 3.74 million ounces of gold grading 1.33 – 1.59 grams of metal per ton of ore, the operator expects to have mined between 85,000 and 90,000 ounces in the first quarter. The output will be on track with the company’s guidance as operations in Senegal and Burkina Faso go on regularly, and no cases of Covid-19 at any of the facilities or offices of Teranga have been reported by the company so far.

The stock is not cheap, but not expensive either as its share price currently trades significantly below the 50-day simple moving average line but above the 200-day SMA line. It is about 4.3% over the middle point of the 52-week range of $2.23 to $6.83.

The 14-day relative strength index of 51 indicates that this stock is neither overbought nor oversold.

Wall Street recommends a buy rating with an average price target of $8.02 per share.

The second stock to consider is Novagold Resources Inc (

Shares of the Canadian gold company with gold property development activities in southwestern Alaska rose by 110.6% in the year to mid-February time period, by 77.4% in the past year and 51.5% in the past three years through March 31. The stock outperformed the VanEck Vectors Gold Miners exchange-traded funds by 74%, 74.6% and 50.5%, respectively.

The $148.5 million in cash and term deposits as of Dec. 31, 2019 should provide Novagold with more than enough financial resources to continue advancing its flagship Donlin Gold project in southwestern Alaska, which shares equal ownership with Barrick Gold Corporation (

Novagold Resources is expected to launch a large drilling campaign at Dolin Gold sometime this year, holing out the mineral areas 80 times for a total of 22,000 meters of ore bodies to explore. In 2020, the development of Dolin Gold is anticipated to absorb funds of $20 million.

The stock is not cheap, but also not very expensive, as the share price currently trades significantly below the 50-day simple moving average line, slightly underneath the 100-day SMA line and above the 200-day SMA line. Also, it is 31% over the middle point of the 52-week range of $3.69 to $9.80.

The 14-day relative strength index of 45 suggests that this stock is neither overbought nor oversold.

Wall Street recommends a buy rating with an average price target of $11 per share.

The third stock to consider is SilverCrest Metals Inc (

SILV, Financial), which traded at $5.22 per share at close on Tuesday for a market capitalization of $572.5 million.

Shares of the Canadian precious metal properties acquirer, explorer and developer with assets in Mexico posted a 72.2% gain in the year to mid-February time period, a 63% gain in the past year and about 236% gain in the past three years through March 31. The stock beat the VanEck Vectors Gold Miners exchange-traded funds by 35.5%, 60.2% and 235%, respectively.

The exploration and advancement of the Las Chispas project in Mexico, where SilverCrest targets to build a high grade, profitable gold-silver mine, is for the time being suspended, and until at least the end of April, due to Covid-19.

In the meantime, SilverCrest may draw some resources from its balance sheet, which has $80 million in cash balances and zero debt as of Dec. 30, 2019, in order to revamp the feasibility technical study that the company aims to complete in time for its release scheduled for the third quarter.

The 14-day relative strength index of 44 suggests that the stock is neither overbought nor oversold.

Wall Street recommends a buy rating with an average price target of $8.50 per share.

Disclosure: I have no positions in any security mentioned in this article.