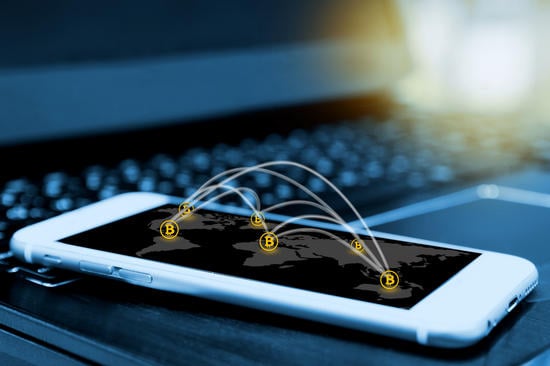 Already one of the world's foremost value investors,

Charlie Munger (Trades, Portfolio) has gained further notoriety for his vociferous, and highly public, distaste for bitcoin and other cryptocurrencies. Munger is not alone in his misgivings, which are shared by many investors, including his longtime business partner, Warren Buffett (Trades, Portfolio).

Munger has made it abundantly clear he considers bitcoin to be a purely speculative asset with little prospect of becoming a viable and widespread alternative currency. In December, I discussed Munger's principal functional criticisms of bitcoin and other cryptocurrencies. But that is far from where his criticism ends.

While the renowned investor has expressed a number of financial and economic criticisms of bitcoin as an asset, his real antipathy is for those who profit off promoting the speculative frenzy in the cryptocurrency.

Munger has leveled substantial criticism at the growing number of bitcoin boosters who have helped drive interest in cryptocurrency among an ever-widening audience of uninformed, or under-informed, retail investors. He has called crypto promoters stupid and immoral, among other colorful names, in recent years. Judging by his remarks to Berkshire Hathaway (

BRK.A, Financial)(BRK.B, Financial) shareholders in 2019, time has only served to further harden Munger's opinion of bitcoin and its boosters:

In Munger's view, the people who make money promoting bitcoin speculation are engaged in a dangerous and unethical project, exposing individuals to a highly volatile and ultimately valueless asset class. His criticism of bitcoin promoters makes sense in the context of the surging prices it and similar cryptocurrencies have experienced in recent months. The last time bitcoin saw its price surge toward the $20,000 mark in late 2017, Munger called out crypto promoters for fueling a speculative bubble:

"I think it is perfectly asinine to even pause to think about them...It's bad people, crazy bubble, bad idea, luring people into the concept of easy wealth without much insight or work. That's the last thing on Earth you should think about...There's just a whole lot of things that aren't going to work for you. Figure out what they are and avoid them like the plague. And one of them is bitcoin...It is total insanity."

Judging by bitcoin's recent upward run, which has seen it reach fresh highs, Munger's criticisms appear to have failed to resonate with the investing public. Many may wish they had listened should the latest crypto bubble deflate similarly to last time.

A poor substitute for gold

Munger sees dangers in bitcoin that stretch beyond the mere inflation and deflation of speculative bubbles. In February 2020, he warned that widespread adoption of bitcoin could have significant negative impacts on commerce and society:

"I hate things like bitcoin. I hate things that are intrinsically antisocial...People in the investment management industry should prepare for tougher times ahead. They are wretched excessing in many well-paid hedge fund and private equity businesses."

Moreover, if bitcoin is eventually accepted widely, it could well precipitate the exact sort of government crackdown I warned about in a previous commentary for GuruFocus. Munger voiced much the same opinion during an interview at the annual meeting of Daily Journal Corp. (

"I don't think I know what the future of banking is, and I don't think I know how the payment system will evolve. I do think that a properly run bank is a great contributor to civilization and that the central banks of the world like controlling their own banking system and their own money supplies. So I don't think bitcoin is going to end up the medium of exchange for the world. It's too volatile to serve well as a medium of exchange. And it's really kind of an artificial substitute for gold. And since I never buy any gold, I never buy any bitcoin."

Even if bitcoin succeeds along the lines its promoters suggest, it could end up sparking a government response that would render its supposed value moot. If the government could end the status of gold as a currency, I find it hard to believe it could not squash bitcoin should it wish.

Munger's view of bitcoin may not resonate with retail traders hoping to get rich quick, but his insights and instincts helped turn Berkshire Hathaway into the juggernaut it is today. In my assessment, Munger's warning is well worth heeding, even if the investing public does not seem to care to listen. In my experience, it generally pays to follow the guru's advice.