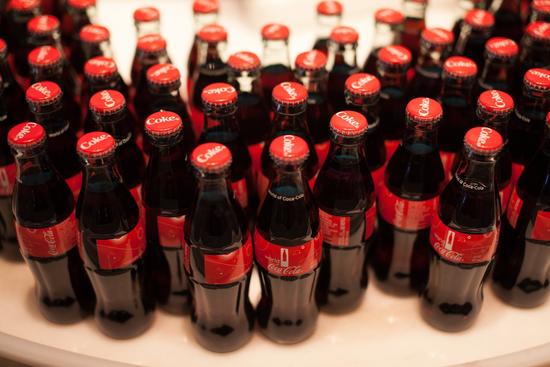 Before the markets opened on April 19, Coca-Cola Co. (

KO, Financial) released its earnings results for its first quarter of fiscal 2021, which ended on April 2.

While overall demand for the quarter remained unchanged from a year ago due to weakness in the North America and Western Europe segments, global unit case volume did recover to 2019 levels by March. The company also reaffirmed its optimistic full-year guidance. Shares dropped slightly before rising again, ending the trading day 0.6% higher at $54 apiece.

The operating margin improved to 30.2% versus 27.7% in the prior year, driven by cost management efforts.

Sparkling soft drinks saw volume growth of 4% during the quarter due to slow recovery in the foot traffic in restaurants and other public venues. The North America and Western Europe regions remained under pressure in the soft drinks category, but this was offset by growth in India, China and Latin America.

Nutrition, juice, dairy and plant-based beverages grew 3%, boosted by solid growth of the Minute Maid brand in China and the Maaza brand in India.

The hydration, sports, coffee and tea segment was hit harder with volumes shrinking 11% as customers worldwide bought less coffee from the Costa cafes and less bottled water. Sports drinks like Powerade were the one part of this segment that remained mostly unaffected with a decline of only 1%. In North America, growth in the Simply and fairlife brands were more than offset by declines in Minute Maid.

In terms of regional results, the company attributed unit case volume changes to vaccination rates and reductions in lockdown restrictions. However, given that unit case volumes were down 6% in North America, representing the worst decline despite imposing fewer mobility restrictions and being a leader in vaccinations, it seems that another key component in volume changes is how well (or badly) the regions have managed the Covid-19 pandemic overall. The Europe, Middle East and Africa region was down only 2%, while Latin America was flat and Asia Pacific increased 9%.

"We remain focused on emerging stronger and executing against our growth accelerators during the recovery phase. We are pleased with the progress we are making," Chairman and CEO James Quincey said. "We are encouraged by improvements in our business, especially in markets where vaccine availability is increasing and economies are opening up, and we remain confident in our full year guidance."

In other news, the company announced plans for a public listing of Coca-Cola Beverages Africa within the next 18 months. The stock will be listed in in Amsterdam and Johannesburg through an initial public offering.

Shares of Coca-Cola closed the trading day at $54 apiece for a market cap of $232.70 billion and a price-earnings ratio of 30.17, which is higher than the industry median of 24.41 and the company's own 10-year median of 25.05. The GF Value chart rates the stock as modestly overvalued.

Coca-Cola has long been a stalwart investment due to its status as a mature industry leader in a competitive global market. In recent years, the company has been focusing on downsizing its portfolio of brands so that it can focus its efforts on more profitable names and increase its operating efficiency. So far, the strategy seems to be working, with the company achieving a three-year revenue growth rate of -3% and a three-year Ebitda growth rate of 12.2%.

If the company can return to growth in both the top and bottom lines, it could be a driver for multiples expansion. However, given how large of a company Coca-Cola already is, it might be difficult to achieve enough growth to excite investors to this degree, in which case the current valuation still seems to be on the high side.