Air Lease Stock Is Believed To Be Fairly Valued

The stock of Air Lease (NYSE:AL, 30-year Financials) is believed to be fairly valued, according to GuruFocus Value calculation. GuruFocus Value is GuruFocus' estimate of the fair value at which the stock should be traded. It is calculated based on the historical multiples that the stock has traded at, the past business growth and analyst estimates of future business performance. If the price of a stock is significantly above the GF Value Line, it is overvalued and its future return is likely to be poor. On the other hand, if it is significantly below the GF Value Line, its future return will likely be higher. At its current price of $46.93 per share and the market cap of $5.4 billion, Air Lease stock shows every sign of being fairly valued. GF Value for Air Lease is shown in the chart below. 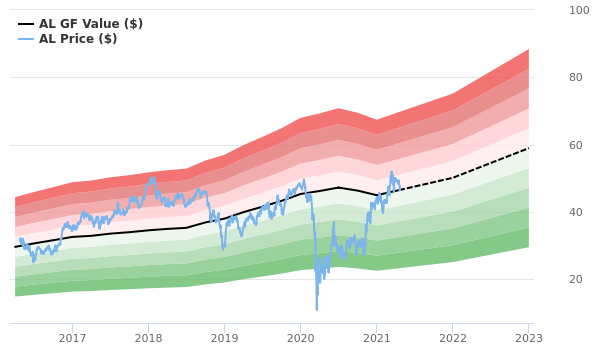 Because Air Lease is fairly valued, the long-term return of its stock is likely to be close to the rate of its business growth, which averaged 9.2% over the past three years and is estimated to grow 9.55% annually over the next three to five years. 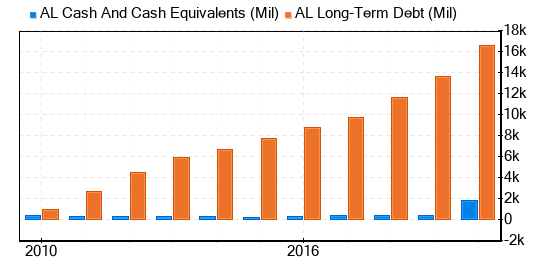 Investing in profitable companies carries less risk, especially in companies that have demonstrated consistent profitability over the long term. Typically, a company with high profit margins offers better performance potential than a company with low profit margins. Air Lease has been profitable 10 years over the past 10 years. During the past 12 months, the company had revenues of $2 billion and earnings of $4.39 a share. Its operating margin of 55.64% better than 99% of the companies in Business Services industry. Overall, GuruFocus ranks Air Lease's profitability as fair. This is the revenue and net income of Air Lease over the past years: 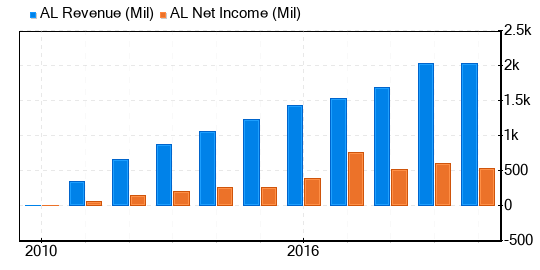 Growth is probably one of the most important factors in the valuation of a company. GuruFocus' research has found that growth is closely correlated with the long-term performance of a company's stock. If a company's business is growing, the company usually creates value for its shareholders, especially if the growth is profitable. Likewise, if a company's revenue and earnings are declining, the value of the company will decrease. Air Lease's 3-year average revenue growth rate is better than 71% of the companies in Business Services industry. Air Lease's 3-year average EBITDA growth rate is 9.9%, which ranks in the middle range of the companies in Business Services industry.

Another way to evaluate a company's profitability is to compare its return on invested capital (ROIC) to its weighted cost of capital (WACC). Return on invested capital (ROIC) measures how well a company generates cash flow relative to the capital it has invested in its business. The weighted average cost of capital (WACC) is the rate that a company is expected to pay on average to all its security holders to finance its assets. If the ROIC is higher than the WACC, it indicates that the company is creating value for shareholders. Over the past 12 months, Air Lease's ROIC was 4.03, while its WACC came in at 5.86. The historical ROIC vs WACC comparison of Air Lease is shown below: 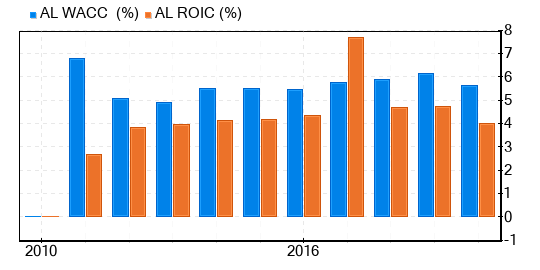 In conclusion, the stock of Air Lease (NYSE:AL, 30-year Financials) is estimated to be fairly valued. The company's financial condition is poor and its profitability is fair. Its growth ranks in the middle range of the companies in Business Services industry. To learn more about Air Lease stock, you can check out its 30-year Financials here.