Shares have gained considerably since I last looked at the stock, but it still has plenty of growth drivers 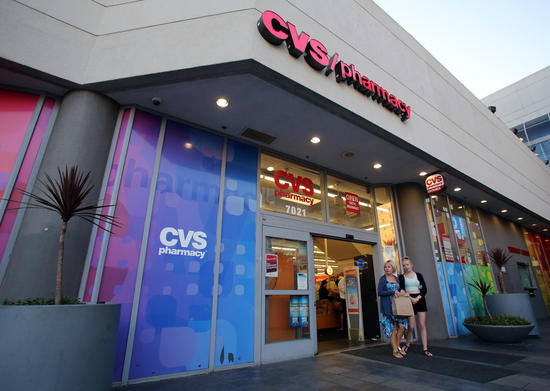 CVS, Financial) are up more than 31% year-to-date, including a 10% rally in the stock following the release of earnings results at the beginning of May.

As recently as last August, I felt that the market was mispricing CVS Health as the company was demonstrating accelerating growth throughout most of its businesses. Shares traded in the mid-$60 range at that time.

With the stock trading near $90 at the moment, is CVS Health still a buy?

A look at earnings results

CVS Health reported first-quarter earnings results on May 4. Revenue grew 3.5% to $69.1 billion, coming in $750 million above what Wall Street analysts had been looking for. Adjusted earnings per share of $2.04 represented a nearly 7% improvement from the same quarter a year ago and topped estimates by 32 cents.

Revenues for the Health Care Benefits segment, which includes insurance products such as medical, pharmacy, dental and behavioral, grew 6.7%. This segment benefited from a surge in in Government medical memberships, up more than 15% year-over-year, that was partially offset by a 4.5% decrease in commercial memberships. Overall, total medical memberships grew 0.4% to 23.6 million.

Pharmacy Services had total sales of $36.3 billion, a 3.8% increase from last year. Specialty pharmacy was the real driver of growth, up 7.2%, but CVS Health also benefited from better product mix and brand inflation. Price compression remains a headwind and total pharmacy claims declined 1% to $535.9 million. This was due to an extremely weak cold and cough season due to social distancing and mask wearing restrictions, which led to an estimated 230 basis point decline in total pharmacy claims processed.

For the Retail/Long-Term-Care segment, same-store sales inched higher by 0.4%. Strength in Pharmacy sales and prescription volumes were nearly offset by a 11.4% decline in Front Store sales. However, CVS Health Corp improved its retail pharmacy script share 40 basis points to 26.2%. Prescription volume growth represents the contribution of COVID-19 vaccinations as well as increased adoption of patient care programs. Front Store sales were weaker compared to advanced consumer purchasing that took place during the early portion of the COVID-19 outbreak in the U.S.

CVS Health continues to improve its balance sheet following its 2018 purchase of Aetna. The company ended the quarter with total assets of $229.6 billion, including $55.7 billion of current assets and $8.8 billion of cash, cash equivalents and investments. This compares to total liabilities of $158.4 billion and current liabilities of $60.1 billion. Long-term debt of $59.2 billion is flat compared to the first-quarter of 2020, but just $2.4 billion of debt is due within the year. CVS Health repaid more than $15 billion of long-term debt since closing on the Aetna acquisition, including $3 billion of repayments during the quarter. The company aims to have a leverage ratio in the low 3x by 2022.

CVS Health turned in an all-around solid quarter, with each business showing improvements, even if it was minimal in certain areas.

The company continues to benefit from sizeable market share in its prescription business. More than one out of every four prescriptions in the U.S. are filled at a CVS Health store location. Few, if any, competitors can even come close to the company’s reach in this area.

Medical masterships were only marginally higher, though growth was robust in Government. CVS Health does expect membership numbers to stabilize in Commercial for the balance of 2021. The company also expects total pharmacy claims to increase approximately 4% this year, a good growth rate considering the size of CVS Health’s market share.

CVS Health has also benefited from COVID-19. Front Store sales were down, but this was due to a tough comparison in the previous year. The company has administered more than 23 million COVID-19 tests, provided vaccinations for nearly 6.5 million people and distributed more than 17 million vaccines at store locations through the end of April. CVS Health stated on the conference call that the company used its work as a vaccine site to grow its customer base, with 9% of those receiving a vaccination also filling their first prescription at a store location.

A major overhang on the stock has been the company’s debt level, especially since adding Aetna to the mix, but CVS Health has aggressively paid down its debt in recent years. Helping matters is that the company generate a lot of cash flow from operation, including $2.9 billion in the most recent quarter. CVS Health has an expected cash flow from operations range of $12 billion to $12.5 billion for this year.

The enormity of the company’s debt is also why shareholders haven’t received a dividend increase since 2017. Reducing debt is CVS Health’s focus, but the stock still yields 2.2% even after the rally in the share price, which compares favorably to the average yield of 1.4% for the S&P 500.

With shares of CVS Health trading at $89.71 as of Monday’s close and the company expected to earn $7.62 this year, the stock has a forward price-earnings ratio of 11.8. The stock has been stuck with a high single-digit valuation for the past few years, but now trades closer to its 10-year price-earnings ratio of 13.4. Trading with the average valuation since 2011 would result in a further gain of almost 14%.

CVS Health shareholders have experienced quite the return since the beginning of the year. The company has a dominant position in nearly every area that it operates and has successfully translated vaccine recipients into new customers. CVS Health is also reducing its debt obligations and pays a market beating dividend yield. Even better, the stock looks undervalued against its long-term historical average. Add in the dividend and total returns could reach the mid-double-digit range.

Given all the positives going for the company, I continue to believe that CVS Health is a long-term buy.

I am/we are Long CVS
Rating: 0 / 5 (0 votes)
Write for GuruFocus
Submit an article
How to use GuruFocus - Tutorials What Is in the GuruFocus Premium Membership? A DIY Guide on How to Invest Using Guru Strategies GuruFocus New Features