Can a New Gilded Age Unfold?

You need a mantra to get in the game now 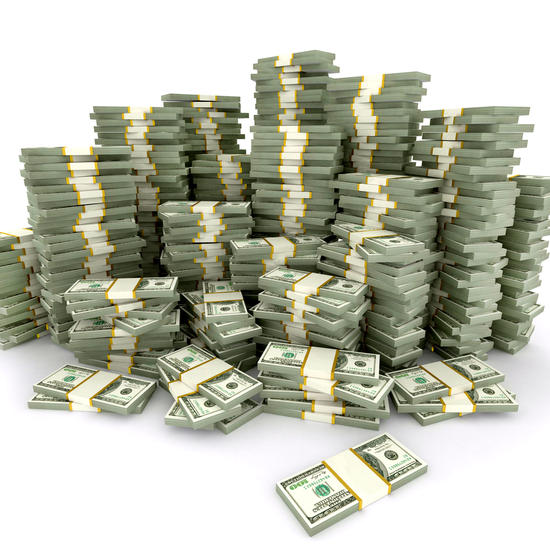 My chart books on financial markets date back to early postwar years. They show clear enough that the stock market never sells for 20 times forward earnings for more than a year or two. Neither do interest rates on Treasuries dribble down next to zero or that Federal Reserve Board chairmen tear their hair out because inflation is too low to encourage gross domestic product momentum.

From its low in March of 2020, the S&P 500 Index has doubled. Everyone got busy discounting post Covid-19 recovery, particularly in basic industrials. Internet and e-commerce paper just matched the market’s gain. Stocks like U.S. Steel (

Maybe yes, maybe no. My problem is the Fed over the decades crushed me with its tight money initiatives. I’ll never forget Paul Volcker putting money market rates up to 15% in the '70s nor McChesney Martin in the '60s hiking up margin requirements to 90%. Poor slobs like me used money brokers for 90% leverage in convertible bonds. You were marked to market, daily.

Later on, when I made a hostile tender for Caesar’s World, I had to offer 8% on a traunch of preferred stock and 8%, too, for a billion-dollar bank credit line. Sky-high interest rates got seared into my bones early on. Ten-year Treasuries ticking below 1.6% today makes me rub my eyes in disbelief.

How many money managers operating today experienced the chaos in financial markets during the Cuban Missile interlude, or in the face-off on steel prices between President Jack Kennedy and U.S. Steel’s headman, Roger Blough?

I remember black Monday, when the market in 1987 tanked 22% overnight. Wall Street’s traders wouldn’t answer their phones and make bids on blocks of stock.

Yes! I know. Nobody promised me a rose garden. Leveraging myself in airline convertibles at the dawn of the jet age, 1961, gave me wherewithal to play in the game. I was lucky to be around for such a secular event, but I had to liquidate my Polaroid position and later Xerox (

With money market rates near zero, I’m thinking about what will be in the heads of Federal Reserve Board members six to 12 months ahead. Fed policy is much too easy. We are due for a couple of hundred basis point rise for all maturities and progressing on to 30-year paper.

Over the past 15 months, with the stock market doubling, you do need a mantra for a new Gilded Age that keeps you in the game. Here goes.

First, let’s deal with the old Gilded Age which ended on the eve of World War I. There was in place this intricate maze of interlocking alliances that got touched off upon the assassination of Archduke Ferdinand by a Serbian terrorist. Great Britain honored its treaty with France, which faced imminent invasion by Germany.

World War I commenced in the closing days of summer 1914. Nobody understood that the French and English generals charged with leading their country’s armies were totally incompetent. Tactics and strategy dated to the 1860s before modern weaponry like machine guns and long-range artillery could destroy opposing infantry charging out of their trenches.

The manhood of England and France was mowed down. I experienced some of this in the Korean War as a 22-year-old airborne infantry officer. The American Army was equipped with snafu quartermaster stores left over from World War II. Harry Truman didn’t choose to increase his budget to accommodate artic parkas and thermal boots for his troops, but North Korea is an artic country. Wintertime, we fought in combat boots and field jackets, a frostbitten bunch of dog faces. In the pit of my stomach, I felt that my country had failed me. Never to be forgotten! There was no television covering the Korean War. Nobody at home knew our plight. Politicians termed our war a police action.

But there was a Gilded Age in Europe that lasted for decades, until World War I interceded. I’m a strong believer that life is normally unfair and you have to make your own luck to succeed. Actually, the Gilded Age was an age of decadence dating back to 1880. The first moving pictures show jubilees and state funerals with kings and emperors in richly decorated uniforms and plumed helmets. Swagger was the predominant style of the period, reflecting the rise of imperial power. Queen Victoria’s Diamond Jubilee in June 1897 was one great pageant. Her vast European family showered her with diamonds at her palace where she was pushed around in her wheelchair, 78 years old.

Industry advances like railroads and steamships touched off a worldwide boom in trade. It put London at the heart of a great empire, a world power, never again to be succeeded.

In our day, technology ushered in by Bell Laboratories’ invention of the transistor still prevails. Tech commands over 20% of stock market valuation. Apple (AAPL) and Microsoft (MSFT) range up to $2 trillion in market capitalization. Sure, they can grow midteens for at least a few more years, but stock prices already discount 2021 and 2022 numbers. Tech’s gilded age began a couple of decades ago, which is historically a long time for prosperity and in the life of a growth industry and its players.

At best, I expect my growth stock inventory tracks earnings. Cyclicals that I’ve played seem pretty full. Financials like banks are playable but no longer undervalued after selling below book value a year ago. Anyone on leverage is living in his own Gilded Age, hopefully above age for military service.

I am/we are Long X, AA, HAL, GE, FCX, M, MSFT
Rating: 0 / 5 (0 votes)
Write for GuruFocus
Submit an article
How to use GuruFocus - Tutorials What Is in the GuruFocus Premium Membership? A DIY Guide on How to Invest Using Guru Strategies GuruFocus New Features