5 Manufacturing and Auto Part Companies to Consider in September 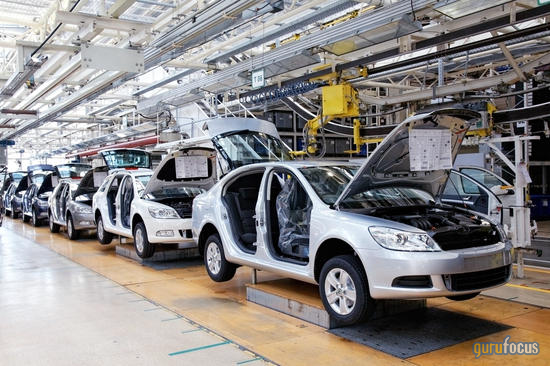 According to the Guru and Insider Double Buys Screen, a Premium feature of GuruFocus, five manufacturing and auto part companies that gurus and insiders have bought shares in over the past three months are Commercial Vehicle Group Inc. (

On Friday, the Bureau of Labor Statistics said total nonfarm payrolls increased by 235,000 during August, underperforming the consensus estimate of 720,000 jobs added and the lowest job increase since January. The low job growth for August stems primarily from a decline in job growth in the leisure, hospitality and retail trade sectors on the heels of Covid-19 cases surging throughout the month. 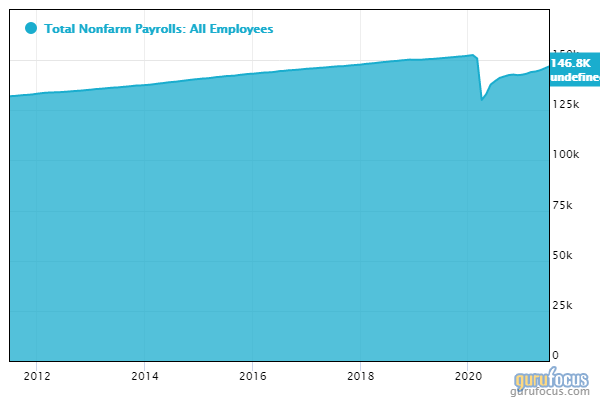 Despite the decline in jobs, the manufacturing sector gained 37,000 jobs, a “notable” increase according to the job report. The motor vehicles and parts sector gained over 24,000 jobs.

As such, investors may find opportunities in manufacturing and auto parts companies that gurus and insiders are buying. Legendary investor Peter Lynch said that while insiders may sell shares for several reasons, insiders buy shares only when they believe their stock is set to appreciate. GuruFocus’ research also suggests that stocks with high guru and insider buys offer good return potential: The Most Broadly Held portfolio has outperformed the Standard & Poor’s 500 benchmark over the past 10 years on an annualized basis.

CVGI, Financial) during the past three months. The total number of shares purchased is 57,435.

The New Albany, Ohio-based company manufactures and supplies electrical systems and seats for various vehicle classes. GuruFocus ranks the company’s profitability 6 out of 10, driven on a return on equity that outperforms more than 73% of global competitors despite profit margins underperforming more than 51% of global vehicle and parts companies. 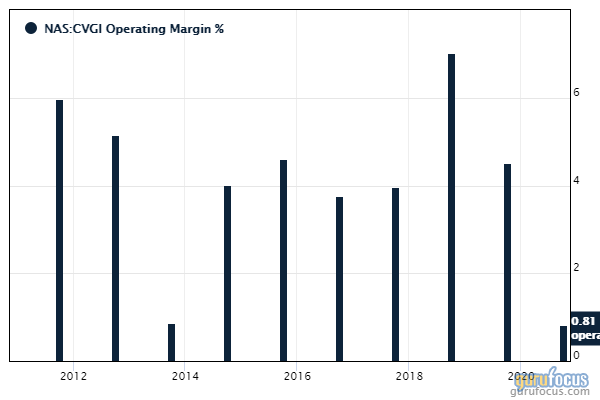 One insider purchased shares of Cooper-Standard (

CPS, Financial) during the past three months. The total shares purchased is 20,000.

The Novi, Michigan-based company supplies rubber and resin products for passenger vehicles and light trucks. GuruFocus ranks the company’s financial strength 3 out of 10 on several warning signs, which include a weak Altman Z-score of 1.46 and debt ratios underperforming more than 91% of global competitors. 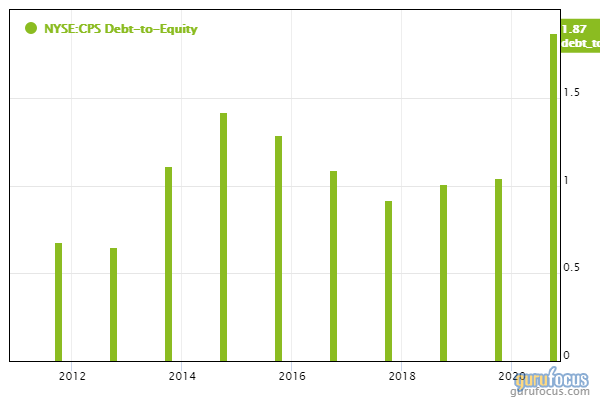 According to the CEO Buys list, a Premium feature of GuruFocus, Kontoor Brands (

The Greensboro, North Carolina-based company designs and manufactures lifestyle apparel products through brands like Wrangler and Lee. GuruFocus ranks the company’s profitability 5 out of 10 on the back of three-year revenue and earnings growth rates underperforming more than 60% of global competitors despite the company having a high Piotroski F-score of 7 and operating margins that outperform more than 78% of global apparel manufacturing companies. 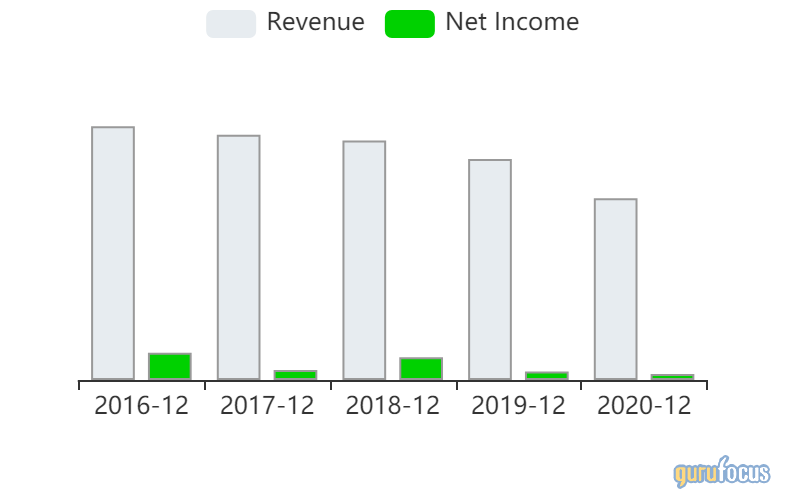 Baxter said on Aug. 5 that Kontoor Brands’ results for the quarter ending July 3 exceeded management expectations, allowing management to raise the company’s full-year adjusted earnings per share guidance to a range between $3.90 and $4, up 20 cents from the prior guidance. 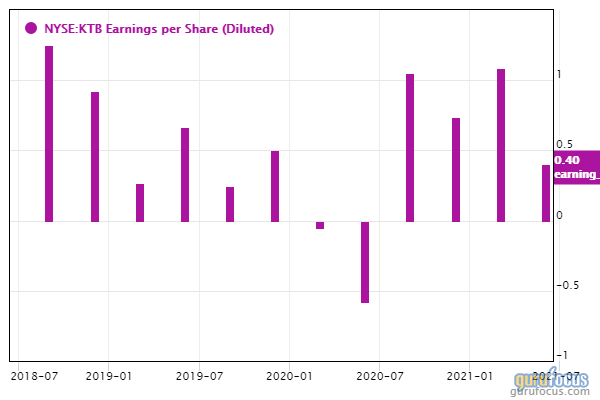 RL, Financial) during the past three months. The total number of shares purchased is 8,400.

GuruFocus ranks the New York-based apparel company’s profitability 6 out of 10 on the back of profit margins and returns outperforming more than 52% of global competitors. 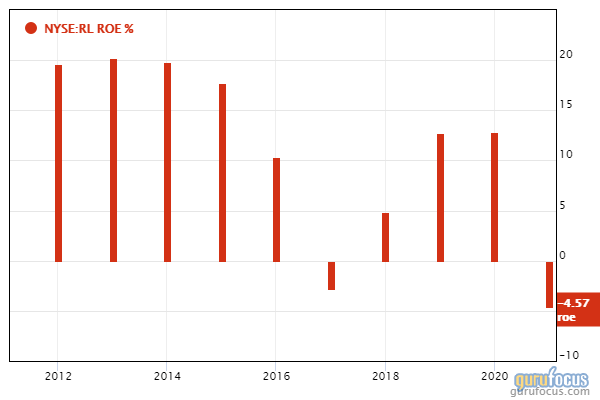 One insider purchased shares of Motorcar Parts of America (

MPAA, Financial) during the past three months. The total number of shares purchased is 300.

The Torrance, California-based company manufactures aftermarket vehicle and light truck application parts. GuruFocus ranks the company’s profitability 6 out of 10 on the back of profit margins and returns outperforming more than 55% of global competitors. 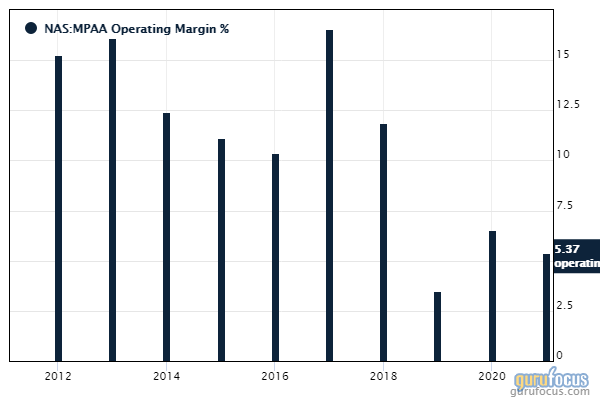