A look at this large holding in Berkshire's portfolio 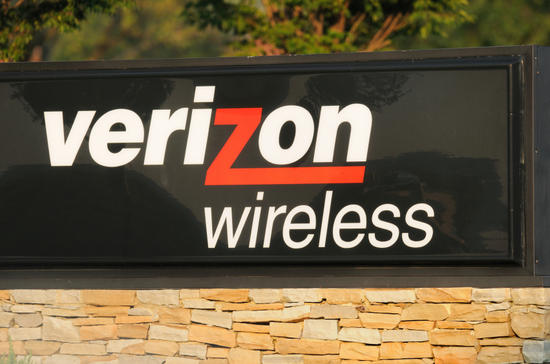 In the third quarter of 2020, a new position appeared in Berkshire Hathaway's (

BRK.A, Financial) (BRK.B, Financial) equity portfolio. The conglomerate had acquired 58 million shares in Verizon Communications (VZ). This was the first of a series of transactions over the next few quarters. By the end of the first quarter of 2021, when Berkshire had stopped buying, it owned 159 million shares in the telecommunications enterprise.

Because this holding is worth more than $1 billion, and it is a top 10 holding in the equity portfolio with a 3% portfolio weighting, I do not think it is unreasonable to say that

Warren Buffett (Trades, Portfolio) himself had some input in this acquisition. He tends to oversee the most significant holdings in the portfolio while Todd Combs and Ted Weschler manage the smaller holdings (this is based on the information the Oracle of Omaha has provided in the past and may or may not still be true).

Since the third quarter of 2020, shares in Verizon have fallen by around 10%. The stock also recently hit a 52-week low, and it seems as if the position is not working out particularly well for Berkshire.

Buffett's decision to buy Verizon was relatively surprising. He has criticized asset-heavy companies in the past as they consume a huge amount of capital and tend to produce low returns on this capital. As Buffett explained in his 2020 letter to investors:

"The best results occur at companies that require minimal assets to conduct high-margin businesses – and offer goods or services that will expand their sales volume with only minor needs for additional capital."

However, he went on to add:

"Asset-heavy companies, however, can be good investments. Indeed, we are delighted with our two giants – BNSF and BHE [Berkshire Hathaway Energy]: In 2011, Berkshire's first full year of BNSF ownership, the two companies had combined earnings of $4.2 billion. In 2020, a tough year for many businesses, the pair earned $8.3 billion. BNSF and BHE will require major capital expenditures for decades to come. The good news is that both are likely to deliver appropriate returns on the incremental investment."

A new business for the conglomerate

It's possible that Buffett may see similarities between Verizon and the two Berkshire businesses mentioned above. In the past, he has remarked how he sees his equity stakes as pieces of whole businesses. If Buffett wanted to build another asset-heavy business in the telecoms sector, but did not want to spend tens of billions fighting for market share and building telecom infrastructure in an industry he does not particularly understand, buying a well-run company for the equity portfolio would be the next best thing.

Of course, this is just speculation. Nevertheless, I see some similarities and crossovers between Verizon, BNSF and BHE.

According to Gurufocus data, the company's weighted average cost of capital is around 3.1%, and its return on invested capital is 7.8%.

I do not have any unique insights as to why Buffett bought Verizon. However, based on his analysis of asset heavy companies, as presented in his 2020 letter, and looking at Verizon's track record of value creation over the past six years, I think he could believe the stock is a good way to invest $9 billion and earn a respectable return.

I/we have no positions in any stocks mentioned, but may initiate a Long position in BRK.B over the next 72 hours.
Rating: 4 / 5 (5 votes)
2 Comments
Write for GuruFocus
Submit an article
How to use GuruFocus - Tutorials What Is in the GuruFocus Premium Membership? A DIY Guide on How to Invest Using Guru Strategies GuruFocus New Features