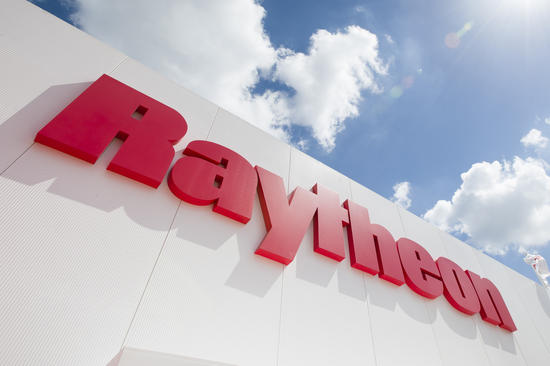 RTX, Financial) was a complex and sprawling organization even before its merger last year with United Technologies Corp. Even after consolidating or divesting stray business units post-merger, the combined entity still sports four distinct divisions:

While the commercial aerospace segments that Raytheon inherited from United Technologies have garnered the lion’s share of analyst focus lately, I consider the defense side of the business to be more than deserving of attention. Raytheon Missiles & Defense, in particular, has proven especially interesting of late and definitely merits a look under the hood as the company's third quarter winds to an end.

Competing on the cutting edge of missile technology

Raytheon has been at the forefront of rocketry and missile systems development for nearly eight decades. The company was a pioneer in the field of guided missile technology, and is credited as the developer of the first-ever functional missile guidance system. The company has built continuously on those early successes, and in the process has developed an enviable reputation and robust track record that continues to stand it up today as a respected leader and cutting-edge innovator among the top players in the defense and aerospace sector.

The third quarter has presented Raytheon with a smattering of fresh opportunities to demonstrate its technical bona fides. On July 1, Raytheon managed to score what was undoubtedly its greatest triumph of the quarter and––quite possibly––of the year. Beating out a host of rivals, Raytheon was selected by the U.S. Air Force to develop its Long Range Standoff Weapon system. A long-awaited arsenal upgrade for the Air Force’s venerable fleet of B-52 and B-21 bombers, the next-generation cruise missile system will be nuclear-capable and air-launchable. Carrying a price tag of up to $2 billion, it was one of the largest Air Force missile development contracts up for grabs in all of 2021.

Other wins have followed over the course of the third quarter. This month, for example, saw Raytheon secure a $27.9 million contract from the Air Force to advance its concept for a future hypersonic missile system to the preliminary design review phase. The next-generation missile development project is funded jointly by the U.S. Department of Defense and the Australian Department of Defense as part of their Southern Cross Integrated Flight Research Experiment (SCIFiRE) program. Raytheon’s challenge is to design a missile that will be both an effective weapon system and flexible enough to arm a wide range of tactical fighter platforms utilized by the American and Australian militaries. Its design will also have to beat out those of the other two companies still in the running, Lockheed Martin Corp. (

LMT, Financial) and Boeing Co. (BA, Financial). While the competition is set to be fierce, the rewards for the ultimate winner should be substantial, potentially reaching tens of billions of dollars over the life of the SCIFiRE system.

Missile sales down despite multiplicity of small orders

Raytheon first began full-scale production manufacturing of guided missiles in 1948, at the behest of the Pentagon, and successive generations of U.S. military leadership have turned to the company as a critical supplier of missile technology ever since.

The third quarter has proven to be more of a mixed bag for Raytheon in terms of actual missile order flow. The quarter started off strong with the July 1 announcement that the company had received a $328.2 million production order for the latest variant of the company’s AIM-9X Sidewinder multimission missiles. According to Raytheon, the upgraded missile system includes “a redesigned fuze technology, a digital ignition safety device and a lock-on-after-launch system that works with a weapon datalink to support engagements beyond visual range,” features that promise to maintain the Sidewinder’s enduring reputation for effectiveness and flexibility.

Raytheon racked up another win in August when the Air Force exercised its option to extend an existing contract with RMD for Advanced Medium Range Air-to-Air Missile production. Under the terms of the contract modification, which carries a relatively modest $77.1 million price tag through April 2024, Raytheon will supply the Air Force with a fresh batch of its captive air training missiles and their attendant guidance systems. In September, RMD was awarded another missile production contract modification to the tune of $15.9 million courtesy of the U.S. Navy. The contract will see Raytheon continue to supply the Navy with Standard Missile-2 and Standard Missile-6 systems, as well as spare components and maintenance.

Despite the aforementioned string of fresh orders, Raytheon’s aggregate missile sales have continued to dip, extending a multi-quarter dropoff. This trend appears to be the product of shrinking order volume for the Standard Missile-3. This has manifested as a drop in the total value of Raytheon’s year-to-date contracts, from about $9.5 billion at this point in 2020 to less than $8 billion now.

Raytheon Technologies has long been able to rely on its cutting-edge engineering prowess to drive growth and build upon opportunities. This has been on full display at Raytheon Missiles & Defense during the third quarter.

RMD has won a number of valuable missile development and production contracts that should pay handsomely in the years ahead. Even so, I feel a note of caution is warranted in light of softening near-term missile order flow. Weapon system development programs have long lead times, and while many do eventually mature into highly lucrative offerings, some never manage to pan out at all––especially when a competitive design process is involved. Investors following the name should definitely pay especial attention to the SCIFiRE program over the coming month; Raytheon is contracted to deliver its next design by August of next year.

Overall, I consider Raytheon to be well positioned within the high-tech guided missile market, and expect it to maintain its place among the top players in the space for the foreseeable future.

I/we have no positions in any stocks mentioned, and no plans to initiate any positions within the next 72 hours.
Rating: 5 / 5 (1 votes)
1 Comments
Write for GuruFocus
Submit an article
How to use GuruFocus - Tutorials What Is in the GuruFocus Premium Membership? A DIY Guide on How to Invest Using Guru Strategies GuruFocus New Features