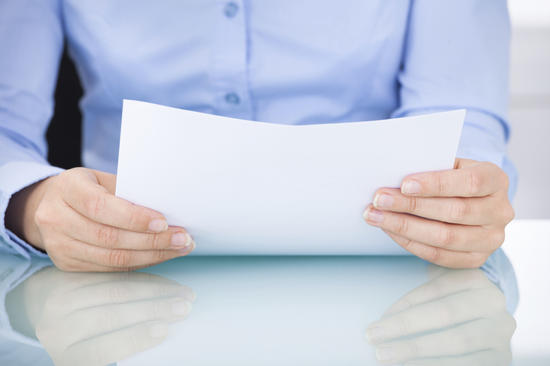 The third quarter once again saw leveraged credit markets outperform their investment grade brethren, as the Bloomberg Barclays US Corporate High Yield Index gained 0.8% in what was a fairly volatile period for rates and fixed income securities. Duration generally had a negative impact on bond performance during the quarter as benchmark yields began to back up in August, which served as a headwind for more rate-sensitive assets like Treasuries and investment grade corporates. In contrast, lower-quality paper continued to shine during the quarter—with less realized volatility—as investors showed little hesitation moving down the credit spectrum in search of yield.

High yield issuance continued to be robust in the third quarter, a trend that has been in place since the high yield market reopened in second quarter 2020 following the initial dislocations from the onset of Covid-19. Companies from across the credit spec-trum have seized the opportunity to raise capital and push out maturities, giving themselves a longer runway to service their debt. Though the pace slowed a bit during the third quarter with the emergence of rate volatility, cumulative issuance for the first three quarters of 2021 reached $404 billion dollars to put last year’s record issuance of $450 billion at risk.1 It’s worth noting that high yield debt issued to finance leveraged buyouts (LBOs) has spiked in 2021 and is on pace to exceed such issuance in 2018–20 combined; historically, an uptick in LBO financing has served as a sign that the market may be getting a bit extended. We question whether current coupons adequately compensate investors for what we believe are sizable risks of default among these LBO-related issues—many of which fall within the lowest-rated cohort of bonds.

Investors generally have been willing to absorb this massive issuance. With Treasury rates persisting below pre-Covid levels even as inflation concerns mount, those hungry for yield have few other places to turn and are reaching for it where they can find it, including a variety of leveraged paper. Further, inves-tors appear confident that global monetary authorities will be willing and able to support fixed income markets and maintain liquidity if conditions deteriorate—as they did in the early days of the pandemic. For offshore investors, low hedging costs due to reduced interest rates have been another inducement to invest in the US high yield market.

Valuations in the high yield market appear tight. Option-adjusted spreads, compressed along the credit spectrum, remain at cycle lows and are approaching the record lows seen in 2007, while yield-to-worst has broken through recent lows decisively.2 Compensation per turn of leverage in the high yield market is just shy of all time-lows.3 Improving fundamentals have provided some support to these moves, however. Both the issuer default rate (a lagging credit indicator) and the distress ratio (a leading indicator) returned to pre-Covid levels, as the wide-open primary market has provided issuers easy access to refinancing.4 Rating agencies were quick to upgrade issues they had recently down-graded, and the upgrade/downgrade ratio soared.5

With debt in aggregate declining while EBITDA is growing, gross leverage in the high yield market has improved some-what, though it remains at elevated levels suggestive of a post-recessionary period as opposed to the middle of a bull credit cycle.6 Because the primary market has been so accommodating to issuers—due in large part to the initial bond market support provided by the Federal Reserve—the previous credit cycle never passed through a period of cathartic cleansing typical of cyclical turns. This has left the high yield market in an unfamiliar state where abundant liquidity is pursuing deals and pricing them aggressively.

Inflation is a risk we’re watching closely. We are mindful of the fact that disrupted supply chains have not been easy to repair, as evinced by the ships waiting to dock on the West Coast and the stacks of containers in transportation hubs across the country waiting for delivery. While Fed Chair Powell and other board members have been consistent in their contention that the current pricing pressures are transitory, the Fed has grown more hawkish in recent meetings. There are suggestions the central bank may begin to taper its monthly bond purchases before the end of 2021 and potentially hike the federal funds rate as early as next year. We believe the risk of inflation and the poten-tial for rising Treasury yields highlight the need for prudence when investing in the high yield market, especially at current valuations.

Compressed spreads and a significant amount of paper trading to call suggest that the market currently has limited upside. We are looking for opportunities to deploy capital while attempting to reduce risk we aren’t being compensated to take. As always, we manage risk on a bottom-up basis, looking for paper that we believe offers an attractive risk-return profile and for issuers potentially positioned to succeed as the credit cycle continues. We are remaining up in quality and attaching higher in the capital structure, while looking for opportunities to swap out callable paper for new issuance. Our duration profile currently is shorter than that of the market, but a backup in Treasury yields may prompt a repricing of risk and provide opportunities to extend.

High Income Fund A Shares (without sales charge*) posted a return of 0.80% in third quarter 2021. While performance was positive across the ratings spectrum, the greatest contribution came from BB rated issues given the size of this position in the portfolio. All market sectors to which the portfolio was exposed made positive contributions, led by consumer non-cyclicals and industrials; financials and communications were relative laggards. The High Income Fund underperformed the Bloom-berg Barclays US Corporate High Yield Index in the period.

LSE:ENQ, Financial) has executed its business plan well over the past several years, reducing debt and lowering operating costs per barrel to make the company more resilient against oil price volatility. The rally in oil prices during the year has buoyed the company’s free cash flow generation and improved its credit profile, even as 2021 annual production is expected to come in at the low end of guid-ance. In the first half of 2021, EnQuest reported a 63% increase in free cash flow, which helped reduce its overall debt load by around $100 million.

ACCO, Financial) is an Illinois-based manufacturer of office prod-ucts. Though demand for ACCO’s products has been challenged in the Covid-related work/school-from-home environment, the company’s focus on expense management has helped preserve its earnings and free cash flow. The relatively uneventful re-intro-duction of in-person schooling in many areas this fall helped support the company’s back-to-school sales and its ongoing effort to reduce its leverage ratio.

GIII, Financial) designs, sources and markets apparel across a variety of licensed and private-label brands, including DKNY, Donna Karan, Calvin Klein, Tommy Hilfiger and Karl Lagerfeld Paris. Based in New York, the company has benefited from the resur-gence of retail sales. It reported solid results in its most recent fiscal quarter, with net sales up 63% and earnings of $19 million compared to a loss of $15 million in the year-ago quarter. The company also raised its guidance for the fiscal year ending in January.

KBH, Financial) performed well. The Los Angeles-based homebuilder—which focuses on markets in the Southeast, Central states, Southwest and West Coast—reported improved revenue and margins in its fiscal third quarter ended August 31, on both a year-ago and sequential basis, as the housing market in the US has remained strong, helping the company reduce leverage while maintaining ample liquidity.

Early in October, J2 Global executed the previously announced spinoff of its secure data-exchange business (as a new publicly traded company named Consensus) and rechristened its much larger collection of remaining media properties as Ziff Davis (

ZD, Financial). In conjunction with the spinoff, the company in September launched a tender offer for a portion of its 2030 bonds at a premium to par.

AKU, Financial) operates more than 170 diagnostic imaging centers across the US. The Florida-based company was forced to post-pone its second quarter earnings call after failing to meet a mid-August deadline. Subsequently, Moody’s downgraded its outlook on the issuer to negative. We exited this position during the quarter.

TMHC, Financial) is the fifth-largest homebuilder and developer in the US and a relatively large holding in the portfolio. The price of the bonds maturing in 2023 were off slightly in the quarter, but Taylor Morrison remains an attractive issuer in our view.

The HawaiianMiles notes are issued by a subsidiary of Hawaiian Airlines and are secured in part by a first-priority lien on the core assets of the airline’s loyalty program, which generates cash flows from payments by loyalty program partners like banks.

LW, Financial) is one of the world’s largest producers of frozen potato products like French fries. The 2024 notes were taken out early in October, as the company took advantage of market conditions to extend its debt maturities at lower coupons.

We appreciate your confidence and thank you for your support.

The performance data quoted herein represent past performance and do not guarantee future results. Market volatility can dramatically impact the Fund’s short-term performance. Current performance may be lower or higher than figures shown. The investment return and principal value will fluctuate so that an investor’s shares, when redeemed, may be worth more or less than their original cost. Past performance data through the most recent month-end are available at www.feim.com or by calling 800.334.2143. The average annual returns are historical and reflect changes in share price, reinvested dividends and are net of expenses. The average annual returns for Class A Shares “with sales charge” of the First Eagle High Income Fund gives effect to the deduction of the maximum sales charge of 4.50%.