- Verdiperstat is an investigational, first-in-class, brain-penetrant, oral small molecule designed to inhibit the myeloperoxidase (MPO) enzyme, a driver of neuroinflammation in ALS and other neurodegenerative diseases

- Amyotrophic Lateral Sclerosis is a progressive, life-threatening, and rare neurodegenerative disease that affects approximately 30,000 people in the United States

NEW HAVEN, Conn., Nov. 15, 2021 /PRNewswire/ -- Biohaven Pharmaceutical Holding Company Ltd. (NYSE: BHVN) ("Biohaven") announced today that enrollment is now complete in the verdiperstat arm of the HEALEY ALS Platform Trial. This first-ever platform trial in ALS, sponsored by the Sean M. Healey & AMG Center for ALS at Massachusetts General Hospital (MGH), is designed to evaluate the safety and efficacy of multiple drug candidates in people with Amyotrophic Lateral Sclerosis ("ALS"). Verdiperstat was selected as one of the inaugural investigational treatments for the HEALEY ALS Platform Trial which began enrolling patients in July 2020 across 52 sites from the Northeast ALS Consortium (NEALS). Topline results for verdiperstat in the treatment of ALS are anticipated in mid-2022. 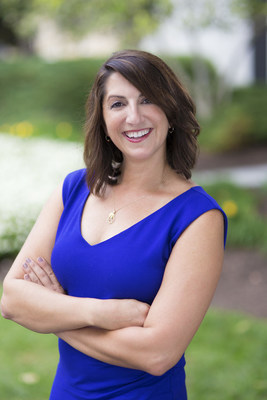 "We are enthusiastic about achieving this enrollment goal as it translates to being one step closer to finding a life-changing treatment for ALS. Our team is grateful to the ALS community and people living with ALS who have trusted us in this first-of-its-kind trial", said Merit Cudkowicz, MD, MSc, Principal Investigator and Sponsor of the HEALEY ALS Platform Trial, Director of the Sean M. Healey & AMG Center for ALS and chief of the Department of Neurology at Mass General, and the Julieanne Dorn Professor of Neurology at Harvard Medical School.

Irfan Qureshi, MD, Biohaven Vice President and Verdiperstat Development Lead, stated, "People with ALS deserve novel and more effective therapeutic options. Biohaven is very pleased that the verdiperstat arm of the trial is fully enrolled. This important milestone brings us closer to knowing whether verdiperstat can benefit people with ALS. We are deeply grateful to the ALS community, especially the study participants and their families, for their unwavering commitment to the trial."

The HEALEY ALS Platform Trial, the first-ever platform trial in ALS, is designed to evaluate multiple investigational treatments simultaneously, thus accelerating the development of effective and breakthrough treatments for people living with ALS. The trial has enrolled approximately 160 adults with ALS into the verdiperstat regimen. Participants are randomized in a 3-to-1 ratio to be treated with verdiperstat 600 mg oral tablet twice daily or placebo for 24 weeks. The study's primary efficacy endpoint is measurement of the change in disease severity from baseline to week 24 on the ALS Functional Rating Scale-Revised (ALSFRS-R) in patients receiving treatment versus placebo. Secondary endpoints include change in respiratory function, muscle strength, and survival. The study is designed to support a potential regulatory filing and approval if the top line results are positive. More information about the HEALEY ALS Platform Trial can be found at www.massgeneral.org/neurology/als/research/platform-trial.

ALS is a progressive, life-threatening, and rare neuromuscular disease that affects approximately 30,000 people in the United States. The median age of onset is 55 years and average survival is 3-5 years after onset of first symptoms. ALS is characterized by the loss of motor neurons in the brain, brainstem, and spinal cord that leads to progressive muscle weakness and difficulties in speaking, swallowing, and breathing. There are currently limited treatment options and no cure for ALS.

Verdiperstat (BHV-3241) is an investigational first-in-class, potent, selective, brain-penetrant, and myeloperoxidase (MPO) enzyme inhibitor in development by Biohaven for the treatment of neurodegenerative diseases. Verdiperstat may help preserve neurons through inhibition of MPO-induced pathological oxidative stress and inflammation that contribute to cellular injury in neurodegenerative diseases such as amyotrophic lateral sclerosis. Biohaven licensed verdiperstat (BHV-3241) from AstraZeneca in September 2018, where it was known as AZD3241. More information about verdiperstat can also be found at the Company's website: . 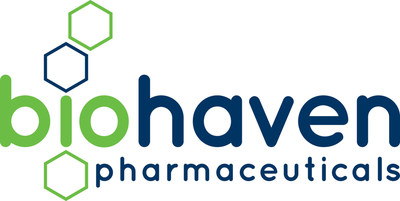