M&A lessons from Robert Bruner that 'rise above the ashes' 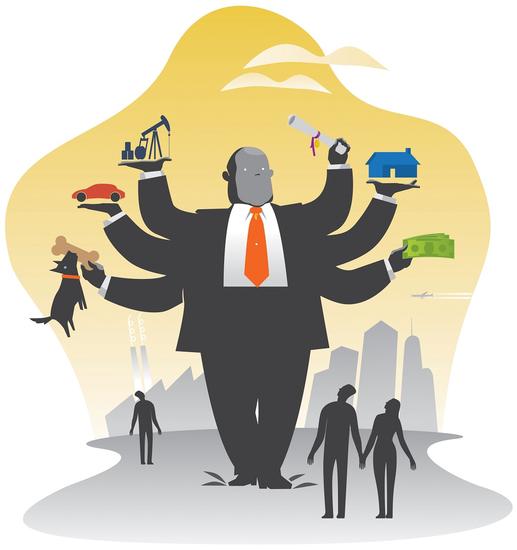 Until reading "Deals From Hell: M&A Lessons that Rise Above the Ashes," I had always been sceptical of M&A deals. The market is typically sceptical too, as on announcement, more often than not, the acquirer’s stock price falls and the target’s rises, suggesting an expectation that the acquirer is overpaying or will destroy value as a result of the deal.

I once worked for a fund manager who had a very simple rule to evaluate M&A activity. They would ask, "Is the deal accretive to EPS?" If it was, then it was a good deal, and if not, it was a bad deal.

This book dispels both myths and more. Written by finance professor Robert Bruner, who has made researching M&A his life’s work, the book begins with a survey of the academic research on M&A and then looks at the parallels between real disasters such as Chernobyl and M&A failures in order to show the systematic aspects of failure. The second part of the book then covers 10 interesting M&A failure case studies, contrasting each of them with a successful counterpoint, before concluding with sage advice for management teams on their M&A quest.

Bruner shows that M&A is "local," meaning that the chance of success of any one deal cannot be ascertained by general one-size-fits all rules. On average, M&A deals earn the cost of capital for the acquiring shareholder, but the dispersion around this mean is wide. Some M&A can be disastrous for shareholders, and some deals can be game-changing in a positive way.

There are of course some trends and warning signs in M&A deals where a deal is more likely to fail if it has a number of attributes, highlighted in chapter two. These include entering an unprofitable industry. Another warning sign is straying from the area that the acquirer has knowledge in. This doesn’t necessarily mean don’t diversify, however. For example, if you are good at allocating capital like

Warren Buffett (Trades, Portfolio), then perhaps your business could benefit from expanding its circle of competence. If the deal’s economics are bad, i.e. the acquirer has overpaid, this could also ruin the deal, since it would take a long time to recover the cost. If there’s no real economic advantage, i.e. synergy, then the companies would be better off separate. Both the acquirer and target should be complementary, as one is unlikely to fix the problems of the other. The deal could be structured poorly; for example, perhaps there is too much debt, or the target’s management is not incentivized adequately. Finally, the governance from the board of the acquirer needs to be strong enough and they must think like investors, otherwise investors are unlikely to benefit from the deal.

Some of these rules may sound obvious, but time and again we see managements and boards breaking the rules. Bruner comes up with six common elements between real disasters and M&A disasters.

Part two of the book then shows which of these elements drove the failure of specific famous deals, and how counterpoint deals had done a better job in managing these elements.

The leveraged buyout of Revco Drug Stores in 1986 was far too overly levered thanks to the excess optimism from management. The deal’s structure left no margin for error, but the market was changing, so it wasn’t exactly business as usually. Finally, Revco defaulted on its debt. Comparing this deal to a similar transaction, the leveraged buyout of Jack Eckerd Corp, showed that a more conservative deal structure could weather a changing market. There were many tell-tale signs that management and creditors could have seen in the Revco deal at the time.

XPAR:RNO, Financial) and Volvo (OSTO:VOLV A, Financial). The deal fell apart, wasting a lot of management time and effort because the deal didn’t make sense strategically, the culture of the companies was too different and the economics didn’t work for the target’s shareholders. The counterpoint was the HP Inc. (HPQ, Financial) acquisition of Compaq, where even though some large shareholders objected to the deal, the deal was ultimately successful because the rationale for the deal was communicated clearly, the fit was much better in terms of credible synergies and investors were happy with the deal.

TWX, Financial). Because this was a stock transaction at the peak of the internet bubble, the deal turned out great for AOL shareholders, as they were diluted by old media Time Warner, and disastrous for Time Warner shareholders, as they were diluted by internet stock AOL in the technology bust of 2001. The deal didn’t work because of the complexity, the clash of cultures and tribalism at both companies and the U.S. recession that kicked in soon after the deal was completed. The deal highlights how a stock transaction can radically change the risk of your holding.

BRK.A, Financial)(BRK.B, Financial). Tyco was focused on revenue and EPS momentum over long-term economic value. By using accounting tricks that allocated value to goodwill, which wouldn’t be depreciated and thus boosted earnings, Tyco took advantage of a feedback loop in the market where its EPS growth gave it a high price-earnings ratio, the high price-earnings ratio allowed it to use its high-priced stock to make EPS accretive acquisitions, and the cycle continued until finally it was unsustainable and the whole thing came crashing down.

That's not to say we can’t make money investing in these, as

George Soros (Trades, Portfolio) would put it, reflexive situations, but we must be aware of the high risk of a sharp correction when the feedback loop ends. The counterpoint is Buffett’s Berkshire, which focuses on economic reality, not accounting reality. So, we learn that actually a discounted cash flow analysis approach is far better in the long term than an income statement or EPS momentum approach, which might work in the short term but is highly risky.

I highly recommend the book, especially as we are experiencing an M&A deal boom currently. The current deal boom might be fuelled by easy money and overconfidence driven by certain themes such as technology growth and environmental, social and governance investing. But with the pandemic still going on, most businesses are not in the “business as usual” situation, so many deals are bound to destroy shareholder value. Other deals will succeed. Understanding the analysis in this book will help us sort the wheat from the chaff.