'A situation or state of mind seemingly between reality and fantasy' 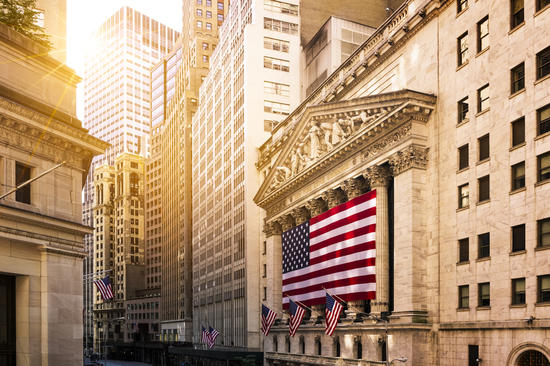 Depending on your age, the bull market in stocks started in 1982, with stocks trading at six-times earnings and the U.S. Treasury Bonds paying 15% interest, or in 2009 at the bottom of the financial crisis. Either way, the combination of the Federal Reserve Board’s liquidity and the popularity/stock market domination of technology stocks have entered us into what we will call “The Twilight Zone.”

Backward-looking returns indicate that these two periods have produced some of the most spectacular successes of the last 100 years: 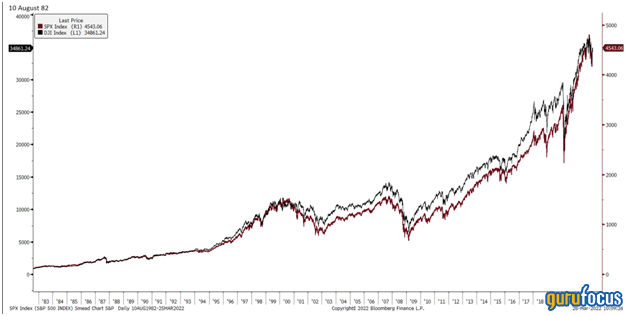 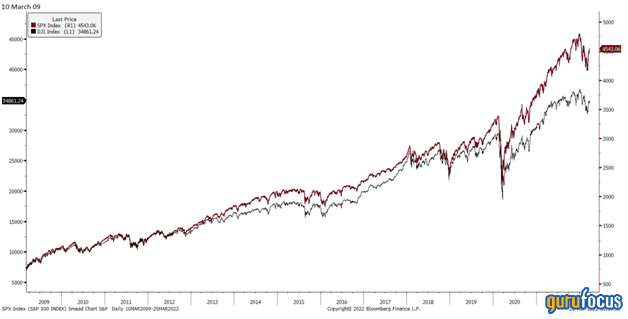 Where does this leave us? First, the U.S. stock market is incredibly expensive from a historical perspective as measured by 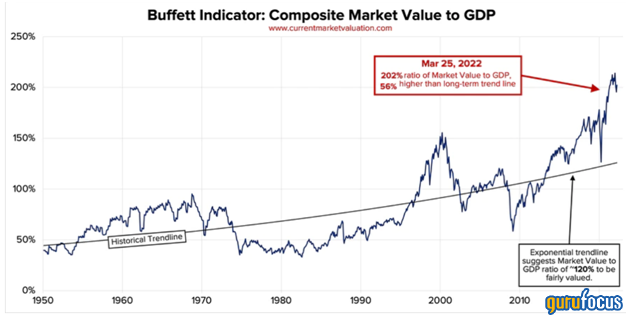 None of this was a problem until the bond market began to correct and the Fed Chairman, Jerome Powell, recognized that inflation is what we call a “wolverine” and is not “transitory.” The four preconditions of the 1970s inflation were the Vietnam War, Johnson’s Great Society legislation, the size of the baby boomer demographic group on a relative basis and the Arab Oil Embargo of 1973-1974. 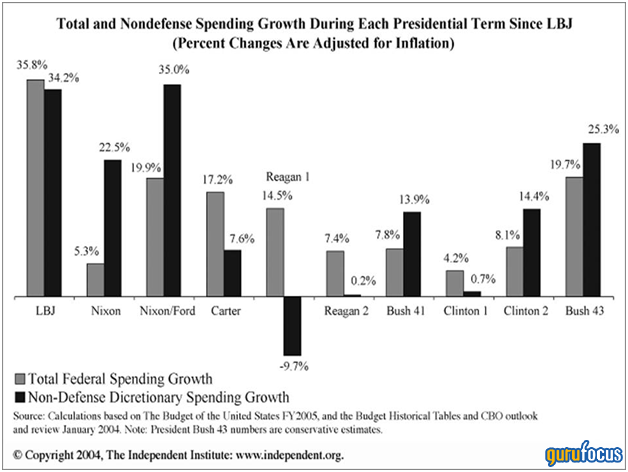 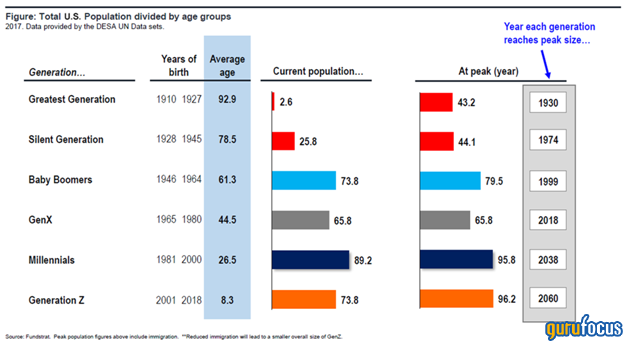 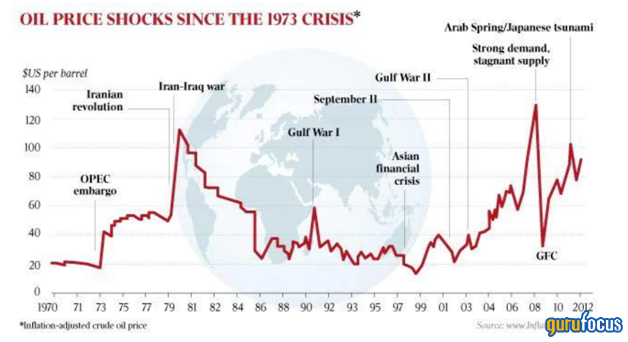 As the sun is possibly setting on the great bull market of the last 40 years, we can just substitute the Pandemic War, the Trump-Biden Federal Government spending to combat the lockdowns, the size of the Millennial demographic relative to Gen X and the Arab Spring castration of U.S. oil production in 2020 to hear the “rhyme!”

Warren Buffett (Trades, Portfolio) and Charlie Munger (Trades, Portfolio) have said many great things in our time in the stock-picking business. Buffett has explained recently that interest rates serve as a form of “investment gravity.” He argued that low interest rates elevate stock prices and the move from 1982 to today has been more about higher stock prices via gravity. Economic growth was much higher from 1964-1981 than it was from either 1981-1999 or 2009-2019. They also have argued the Aesop was the guy who started investment logic when he said, “A bird in the hand is worth two in the bush.”

We are in The Twilight Zone of this bull market because the bond market is dragging the P/E ratios of “two in the bush” companies down. The chart below shows how dominant the “two in the bush” stocks were in the S&P 500 Index: 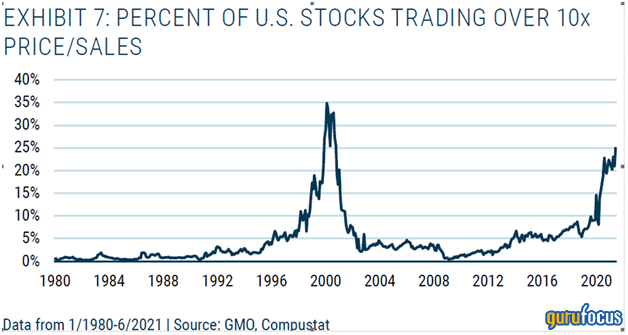 We are also in the Twilight Zone with the world’s largest capitalization companies. At the end of each decade, here were the 10 largest, including how they did over the next 10 years: 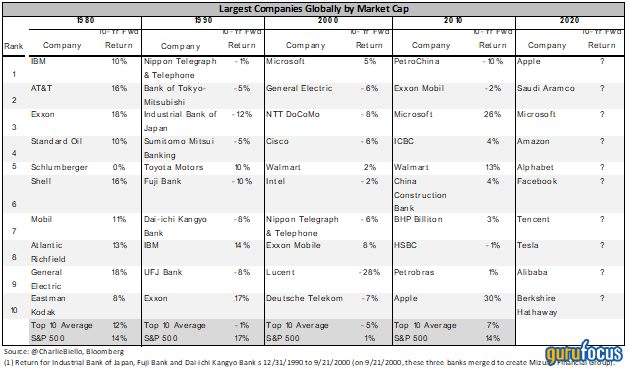 Despite having Buffett’s gravitational tailwind behind their P/E ratios, these lists underperformed the index four out of four times and lost money over the following ten years 50% of the time. Are those odds that you want stacked against you going forward?

Now that you understand what investments are in the twilight of their bull market, let’s talk about what investments do well when bond rates rise, and inflation expectations get intertwined with stock market capitalizations. In other words, what investments could be just seeing the sunrise.

Commodities started a bull market in mid-2020 that we believe may have legs for at least a decade. Oil stocks were at the core of the inflationary momentum popularity in the 1970s and dwarfed the representation in the S&P 500 Index when inflation mattered the most in 1981: 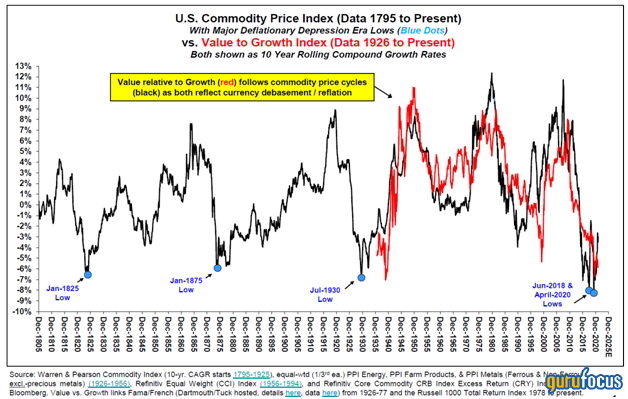 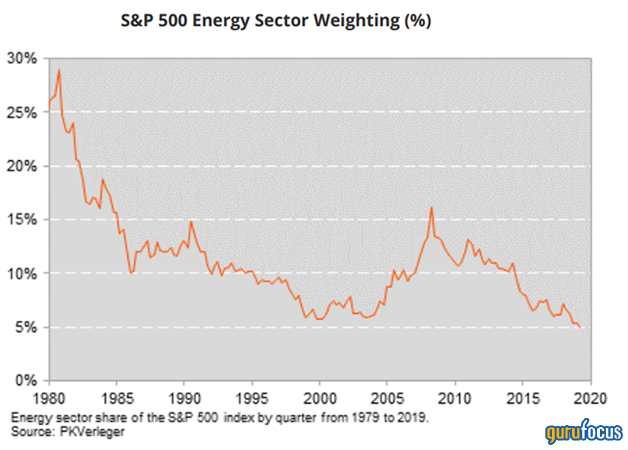 Houses are under-built, and we believe our home builders (D.R. Horton ( 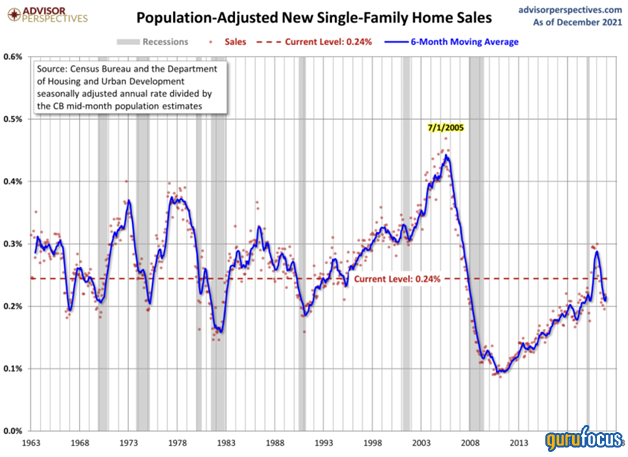 REIT Class “A” malls get inflationary rent expansion via revenue sharing above base minimum rent and were good inflation beneficiaries in the 1970s: 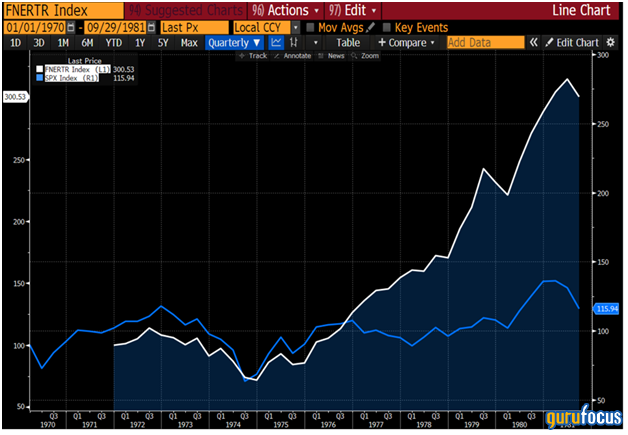 Therefore, the question for investors is, do you want to squeeze blood out of a “Twilight Zone” turnip in the S&P 500 Index? Do you want to pick for a needle in the haystack among the vast cadre of growth stock investment choices? Or do you want to enjoy the potential sunrise stage in stocks that have historically gained popularity as investors chase “the bird in the hand” in more inflationary times?

The information contained herein represents the opinion of Smead Capital Management and is not intended to be a forecast of future events, a guarantee of future results, nor investment advice. The following were the top ten holdings in the Fund as of 3/31/2022: Continental Resources Inc 9.66%, Occidental Petroleum Corp 6.78%, American Express Co 6.16%, Amgen Inc 5.10%, Target Corp 4.97%, Simon Property Group Inc 4.92%, Macerich Co 4.58%, Merck & Co Inc 4.53%, NVR Inc 4.30% and Lennar Corp Class A 4.14%. Fund holdings are subject to change at any time and should not be considered recommendations to buy or sell any security. Current and future portfolio holdings are subject to risk. The S&P 500 Index is a market-value weighted index consisting of 500 stocks chosen for market size, liquidity, and industry group representation. The Russell 1000 Value Index is an index of approximately 1,000 of the largest companies in the US equity markets; the Russell 1000 is a subset of the Russell 3000 Index. The Russell 1000 Value Index measures the performance of the large-cap value segment of the U.S. equity universe.
It includes those Russell 1000 companies with lower price-to-book ratios and lower expected growth values. The Russell 1000 Growth Index measures the performance of the large-cap growth segment of the U.S. equity universe. Information is provided for information purposes only and should not be considered tax advice. Please consult your tax advisor for further assistance.