MIAMI, June 14, 2022 /PRNewswire/ -- 26 Capital Acquisition Corp. ("26 Capital"), a NASDAQ-listed special purpose acquisition company (NASDAQ: ADER), which previously announced the execution of an Agreement and Plan of Merger and Share Acquisition, dated October 15, 2021, as amended (the "Merger Agreement"), with, among other parties, UE Resorts International, Inc. ("UERI"), the holding company of Okada Manila today announced that the record date and the meeting date for the special meeting of its stockholders to approve the transactions contemplated by the Merger Agreement will be rescheduled and announced as soon as is practical. 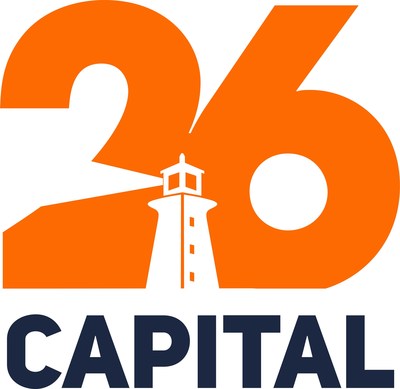 "We have postponed the record date and the special meeting of 26 Capital's stockholders and expect these dates to be rescheduled shortly," said Jason Ader, Chairman and Chief Executive Officer of 26 Capital.

"Notice of Illegal Occupation and Other Illegal Activities Occurring at TRLEI

Universal Entertainment Corporation (the "Company") hereby announces that yesterday (May 31, 2022), several persons under the direction of Mr. Kazuo Okada, a former director of the Company, illegally and violently entered and occupied OKADA Manila premises.

These individuals included Mr. Tonyboy Cojuangco, a former director of TIGER RESORT, LEISURE AND ENTERTAINMENT, INC. ("TRLEI"), and Mr. Dindo Espeleta, a building contractor, who, accompanied by approximately 50 Parañaque City police officers and private security guards and others, illegally and unceremoniously forced several TRLEI officers and employees to leave the premises and illegally dismissed key employees without any authority.

There are no administrative or judicial permits, orders, etc., to justify their actions, and these are serious criminal offences committed illegally and violently.

Tiger Resort Asia Limited ("TRA"), having 99.9% of TRLEI's voting rights, is a wholly-owned subsidiary of the Company and a Hong Kong company, which is thus not under the jurisdiction of Philippine courts nor subject to the effect of Supreme Court Order dated 27 April 2022 issued by the Philippine Supreme Court, Second Division. The current directors of TRLEI have therefore been duly appointed by TRA in accordance with law and will continue to be responsible for the management of TRLEI.

Furthermore, TRA dismissed Mr. Okada from the board of directors of TRLEI in June 2017, which was also done in response to Mr. Okada's misappropriate of approximately 2 billion Japanese yen of the Company's and its subsidiaries' funds, and a liability for damages lawsuit brought by the Company against Mr. Okada has already been confirmed as Mr. Okada's defeat as the decision final was made by the Japanese Supreme Court in September 2021. The Japanese Supreme Court has also ruled in April 2022 that there was no defamation with regard to the defamation lawsuit brought by Mr. Okada against the Company and others.

It should also be noted that Mr. Okada is currently being sued by a law firm in Illinois, USA, for damages of approximately 7 billion Japanese yen for non-payment of legal fees, and another law firm in Hong Kong is also suing him for the non-payment of fees."

Notice Regarding Extension of Agreement Deadline for Subsidiary's Merger (De-SPAC)

On April 27, 2022, the Second Division of the Supreme Court of the Philippines issued an order that the "status quo ante" in 2017 before Kazuo Okada, former Director of the Company ("Mo. Okada) [sic], was removed from his position as officer, etc., of TRLEI should be observed. This is a provisional order until a judgment is ruled on this matter that pertains to the restoration of Mr. Okada's position at TRLEI, which is currently being considered by the Supreme Court of the Philippines. TRLEI has filed a motion to ask the Second Division of the Supreme Court to reconsider or revoke its status quo order. However, on May 31, 2022, a group acting under the direction of Mr, Okada intruded into the OKADA MANILA facility operated by TRLEI and usurped the facility and its operation.

TRLEI has filed criminal charges with the Department of Justice of the Philippines for these offenses.

At the same time, as the Company announced in the "(Progress of Disclosed Matter) Notice Regarding Effectiveness of Subsidiary's Form F-4 filed with the US Securities and Exchange Commission" dated June 3, 2022, a registration statement on Form F-4 under the US Securities Act (the "Form F-4"), which UERI filed with the US Securities and Exchange Commission (the "US SEC") for the Merger, has become effective since June 2, 2022 (US time). However, UERI intends to make changes to that Form F-4 in order to add the abovementioned information and associated risks.

In line with the above, there is a possibility that the implementation of the Merger will be delayed from its previously scheduled date of June 30, 2022. As such, the Company hereby announces that at the meeting of its Board of Directors held today, it has resolved to change the deadline of the Merger Agreement from June 30, 2022 to September 30, 2022 subject to agreement with 26 Capital.

26 Capital Acquisition Corp. (NASDAQ:ADER) is a Nasdaq-listed blank check company formed for the purpose of creating stockholder value by identifying an acquisition target with significant growth opportunities that the 26 Capital team can enhance by utilizing its experience and track record of creating and unlocking value, with particular focus in gaming, gaming technology, lodging, and entertainment. 26 Capital is led by Jason Ader of SpringOwl Asset Management. Mr. Ader has over 26 years of experience as an institutional investor, asset manager, and research analyst, with particular expertise in the gaming and hospitality industries. SpringOwl Asset Management has raised more than $1 billion in capital since it was founded in 2013.

Participants in the Solicitation

No Offer or Solicitation

These forward-looking statements involve significant risks and uncertainties that could cause the actual results to differ materially, and potentially adversely, from those expressed or implied in the forward-looking statements. Most of these factors are outside 26 Capital Acquisition Corp.'s and UERI's control and are difficult to predict. Factors that may cause such differences include, but are not limited to: (1) the outcome of any legal proceedings that may be instituted against 26 Capital Acquisition Corp. and/or UERI following the consummation of the business combination transaction; (2) the impact of COVID-19 and related regulatory responses (such as local community quarantine and international travel restrictions) on UERI's business; (3) the dependence of UERI's business on its casino gaming license; (4) the inability to maintain the listing of UERRI's common shares on the Nasdaq following the consummation of the business combination transaction; (5) the risk that the business combination transaction disrupts current plans and operations; (6) the ability to recognize the anticipated benefits of the business combination transaction, which may be affected by, among other things, competition, the ability of UERI to grow and manage growth profitably, and retain its key employees; (7) costs related to the business combination transaction; (8) changes in applicable laws or regulations; (9) the possibility that UERI may be adversely affected by other economic, business, and/or competitive factors; and (10) any plans to expand operations outside of the Philippines. The foregoing list of factors is not exclusive. All subsequent written and oral forward-looking statements concerning 26 Capital Acquisition Corp. or UERI, the transactions described herein or other matters and attributable to 26 Capital Acquisition Corp., UERI or any person acting on their behalf are expressly qualified in their entirety by the cautionary statements above. Readers are cautioned not to place undue reliance upon any forward-looking statements, which speak only as of the date made. Each of 26 Capital Acquisition Corp. and UERI expressly disclaims any obligations or undertaking to release publicly any updates or revisions to any forward-looking statements contained herein to reflect any change in their expectations with respect thereto or any change in events, conditions, or circumstances on which any statement is based, except as required by law.