Shares of Bed Bath & Beyond Inc. (

BBBY, Financial) tumbled over 20% on Wednesday on the back of reporting fiscal first-quarter earnings results that missed expectations. The company also announced it replaced its CEO and other executive positions to focus on reversing recent results.

The Union, New Jersey-based home furnishings retailer reported a net loss of $4.49 per share, worse than the net loss of 48 cents per share from the prior-year quarter. The adjusted loss of $2.83 per share underperformed the Refinitiv consensus estimate of $1.73. 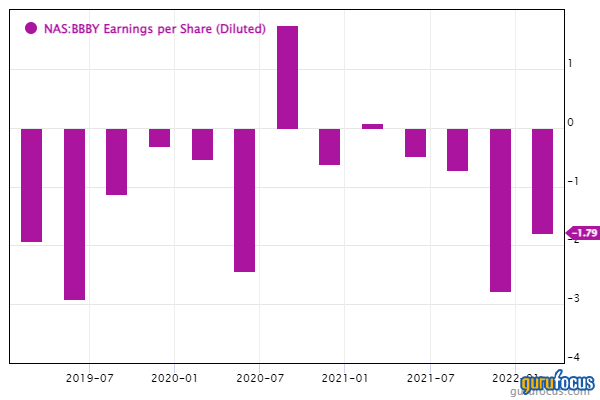 Company replaces CEO and other executives

TGT, Financial) executive also stepped down as a board member.

Shares of Bed Bath & Beyond traded at an intraday low of $5, a new 52-week low and down approximately 23.43% from Tuesday’s close of $6.53. The stock is significantly undervalued based on Tuesday’s price-to-GF Value ratio of 0.36. 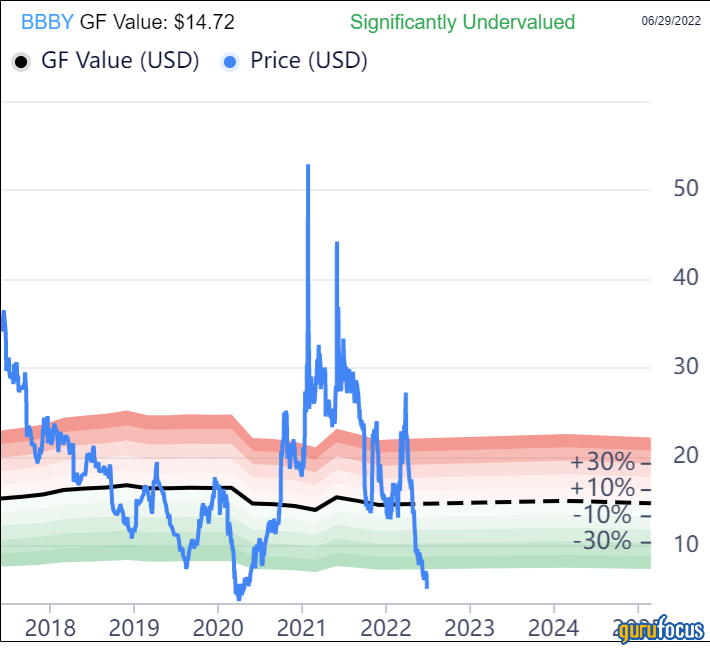 The home furnishings retailer has a GF Score of 63 out of 100 based on a profitability rank of 6 out of 10, a growth rank of 2 out of 10 and a rank of 4 out of 10 for financial strength, GF Value and momentum. 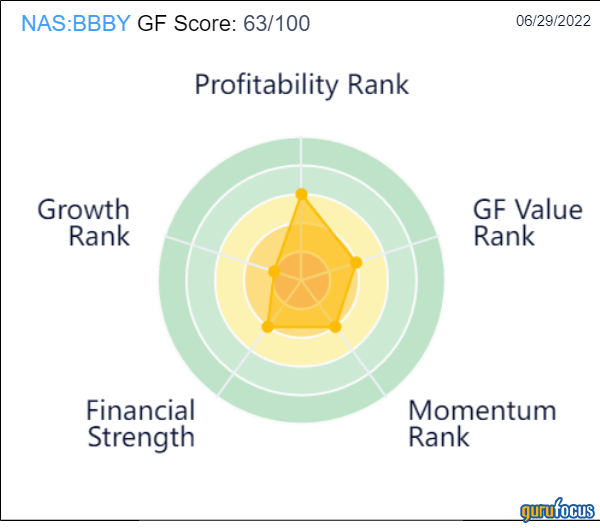 Bed Bath & Beyond’s financial strength ranks 4 out of 10 on the back of debt-to-equity ratios underperforming more than 99% of global competitors despite having a strong Altman Z-Score of 4.04. 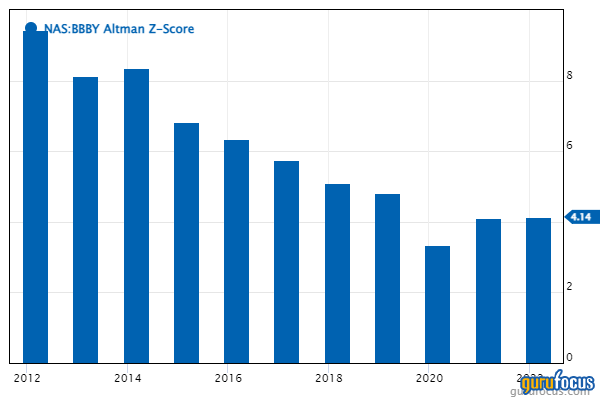