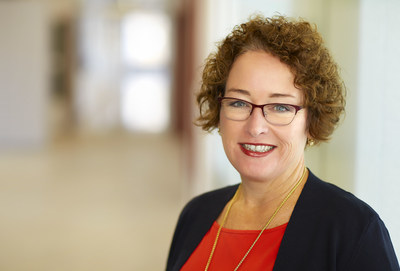 Progressive Grocer's 2022 Top Women in Grocery awards program recognizes the integral role women play across all segments of the North American food retail and grocery industries. Now in its 16th year, it is the food retailing industry's longest-running program recognizing and celebrating the accomplishments and contributions of thousands of women at all levels of the industry.

"I'm incredibly honored," Brady said. "I can't think of many aspects of my career that have been more rewarding than helping women in our company and in our industry live up to their potential. Being part of this year's class chosen by Progressive Grocer is a humbling experience."

Hormel Foods Chairman of the Board, President and Chief Executive Office Jim Snee is no stranger to Brady's talent and accomplishments. The two have been colleagues for decades and have steadily risen to the highest levels of the Austin, Minn., food company.

"Deanna is a proven and accomplished businesswoman, leader, mentor and visionary, and we are so fortunate to have her," he said. "I congratulate Deanna on this recognition and continue to be inspired by her."

Under Brady's leadership, net sales for the company's Refrigerated Foods group grew to $6.4 billion in fiscal 2021, up from $5.3 billion the year prior. The largest of the four Hormel Foods segments, Refrigerated Foods includes the foodservice, deli and retail businesses, and leading brands such as Hormel® Black Label® bacon, Applegate®, Columbus®, Hormel® pepperoni and Hormel® Natural Choice®.

A graduate of California Polytechnic State University in San Luis Obispo, Calif., Brady has been instrumental in championing the Hormel Foods cultural beliefs, which include diversity, inclusion and belonging efforts. She is the executive sponsor for the Hormel Integrating Relevant Experiences (HIRE) employee resource group, which provides an internal network for experienced new-hires to learn about the organization and to share the knowledge they have gathered during their careers. As a registered dietitian, Brady also has led efforts within the organization to advance health, wellness and nutrition initiatives, including within the company's product portfolio. Many of these efforts led to Hormel Foods being named one of the world's top female-friendly companies by Forbes magazine.

Hormel Foods Corporation, based in Austin, Minn., is a global branded food company with over $11 billion in annual revenue across more than 80 countries worldwide. Its brands include Planters®, SKIPPY®, SPAM®, Hormel® Natural Choice®, Applegate®, Justin's®, Wholly®, Hormel® Black Label®, Columbus®, Jennie-O® and more than 30 other beloved brands. The company is a member of the S&P 500 Index and the S&P 500 Dividend Aristocrats, was named on the "Global 2000 World's Best Employers" list by Forbes magazine for three years, is one of Fortune magazine's most admired companies, has appeared on the "100 Best Corporate Citizens" list by 3BL Media 13 times, and has received numerous other awards and accolades for its corporate responsibility and community service efforts. The company lives by its purpose statement — Inspired People. Inspired Food.™ — to bring some of the world's most trusted and iconic brands to tables across the globe. For more information, visit www.hormelfoods.com and http://csr.hormelfoods.com/.