Canadian Value
Bookmark
Warren Buffett is not a big proponent of owning gold to be sure. I'm not too keen on it either, but given what has happened to the share prices of junior gold miners I can't help but think the entire sector is dramatically oversold.

Check out the chart on the junior gold miner ETF below:

It is hard to imagine that at current gold prices there aren't some serious bargains to be had in this bunch, or perhaps the entire ETF is a good idea.

As I consider some investments in the junior gold mining sector I thought it would be wise to revisit the wisdom of Buffett and his thoughts on gold: 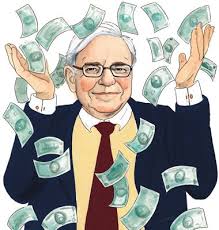 1. “Gold gets dug out of the ground in Africa, or someplace. Then we melt it down, dig another hole, bury it again and pay people to stand around guarding it. It has no utility. Anyone watching from Mars would be scratching their head.”

2. “The problem with commodities is that you are betting on what someone else would pay for them in six months. The commodity itself isn’t going to do anything for you….it is an entirely different game to buy a lump of something and hope that somebody else pays you more for that lump two years from now than it is to buy something that you expect to produce income for you over time.”

4. “I will say this about gold. If you took all the gold in the world, it would roughly make a cube 67 feet on a side…Now for that same cube of gold, it would be worth at today’s market prices about $7 trillion – that’s probably about a third of the value of all the stocks in the United States…For $7 trillion…you could have all the farmland in the United States, you could have about seven Exxon Mobils (XOM) and you could have a trillion dollars of walking-around money…And if you offered me the choice of looking at some 67 foot cube of gold and looking at it all day, and you know me touching it and fondling it occasionally…Call me crazy, but I’ll take the farmland and the Exxon Mobils.”

5. “The major asset in this category is gold, currently a huge favorite of investors who fear almost all other assets, especially paper money (of whose value, as noted, they are right to be fearful). Gold, however, has two significant shortcomings, being neither of much use nor procreative. True, gold has some industrial and decorative utility, but the demand for these purposes is both limited and incapable of soaking up new production. Meanwhile, if you own one ounce of gold for an eternity, you will still own one ounce at its end.”

6. “What motivates most gold purchasers is their belief that the ranks of the fearful will grow. During the past decade that belief has proved correct. Beyond that, the rising price has on its own generated additional buying enthusiasm, attracting purchasers who see the rise as validating an investment thesis. As 'bandwagon' investors join any party, they create their own truth — for a while."

7. “I have no views as to where it will be, but the one thing I can tell you is it won’t do anything between now and then except look at you. Whereas, you know, Coca-Cola (KO) will be making money, and I think Wells Fargo (WFC) will be making a lot of money and there will be a lot — and it’s a lot — it’s a lot better to have a goose that keeps laying eggs than a goose that just sits there and eats insurance and storage and a few things like that."

Also check out:
Not a Premium Member of GuruFocus? Sign up for a free 7-day trial here.
Rating: 4 / 5 (13 votes)
1 Comments
Write for GuruFocus
Submit an article
How to use GuruFocus - Tutorials What Is in the GuruFocus Premium Membership? A DIY Guide on How to Invest Using Guru Strategies GuruFocus New Features