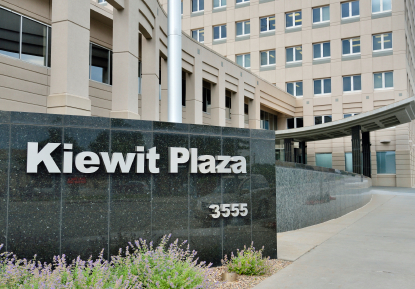 Warren Buffett (Trades, Portfolio)’s letters to shareholders from the past 50 years. This is the first time I’ve read the letters from start to finish in chronological order, and I think it was a revealing exercise. I’ll have plenty to say about this over the coming months (I also have notes that I’ll gladly share with anyone who is interested – just message me with your email address).

One of the most notable changes at Berkshire Hathaway (BRK.B) in the past 10 to 15 years has been the explosive growth in the noninsurance operating businesses. This quote from the 2011 shareholder letter is a good example:

MDPWK, Financial) – delivered record operating earnings. In aggregate these businesses earned more than $9 billion pretax in 2011. Contrast that to seven years ago, when we owned only one of the five, MidAmerican, whose pretax earnings were $393 million.”

As this shift continues, book value becomes even less relevant as a tool for estimating Berkshire’s intrinsic value. It would be helpful to take Buffett's two-column approach to estimating intrinsic value one step further: the goal of this article is to estimate all-in normalized earnings power at Berkshire Hathaway.

As I see it, we have a few items to consider: (1) the normalized earnings of the noninsurance businesses, (2) the normalized underwriting profits/losses of the insurance businesses, (3) the earnings attributable to Berkshire from its investments in equities and fixed income securities and (4) miscellaneous items, such as realized gains and losses from investments and derivatives.

Let’s take these items in order.

This bucket has a lot of parts so I’ll try and hit them relatively quickly.

The first is Burlington Northern Santa Fe, the railroad Berkshire acquired in 2010. In fiscal 2014, BNSF earned ~$3.9 billion in after-tax profits, a marginal increase from 2013 despite mid-single digit revenue growth. The lackluster gain in profitability reflects service- and weather-related issues BNSF faced in early 2014. Looking through the first nine months of 2015, profitability at the rail has increased 18% from the comparable period in 2014. Considering that the fourth quarter will likely be quite difficult (and probably 2016, too), let’s take a decent-sized haircut and call full-year profit growth 10% for 2015. This implies profits of ~$4.3 billion in 2015.

On to the Manufacturing, Service and Retailing businesses: in 2014, these activities generated ~$4.5 billion in profits for Berkshire. Through the first nine months of 2015, profits have increased 5.5% at these businesses, putting them on track for ~$4.7 billion for the full year.

Finally, we have the Finance & Financial Products businesses (primarily Clayton, UTLX and XTRA). In 2014, these businesses earned ~$1.2 billion (after tax). Through the first nine months of 2015, the profitability of these businesses increased ~18% relative to the comparable period of 2014. Assuming that growth rate holds in the fourth quarter, these businesses will earn ~$1.5 billion in 2015 (this doesn’t attribute any benefit to UTLX from the ~25,000 tank cars acquired from General Electric’s (GE) leasing unit in September for ~$1 billion).

In aggregate, the noninsurance business should earn ~$12.5 billion for Berkshire in 2015.

I’ll take a haircut on both the three- and five-year averages to account for the fact that we have not seen a truly disastrous year in some time (although 2011 was no walk in the park). For the sake of this exercise, I’m assuming a normalized underwriting gain of $1 billion annually.

Over the past three years (2012 to 2014), “Insurance – Investment Income” at Berkshire was ~$3.4 billion, ~$3.7 billion and ~$3.5 billion. This income represents the interest and dividends earned from the investments held by Berkshire’s insurance businesses. While there are a number of moving parts here, it should be noted that this segment began including dividends from Berkshire’s investment in Restaurant Brands International (

QSR, Financial) Preferred Stock in 2015, which has helped offset continued low rates on Berkshire’s fixed income securities. Overall, “Investment Income” has grown at a low single-digit rate through the first nine months of 2015 (and was up 10% in the third quarter). I’ll keep it flat with 2014 levels in our calculation.

Berkshire holds a number of investments that generate sizable “economic earnings” for its owners. However, in the financials reported to shareholders, Berkshire only shows its share of dividends received from these investees (as captured in the prior section). The funds retained by Berkshire’s investees are not accounted for in the GAAP income statement.

As an example, the “Big Four” holdings – American Express (AXP), Coca-Cola (KO), IBM (IBM) and Wells Fargo (WFC) – distributed ~$1.7 billion in dividends to Berkshire in 2014 (based on year-end ownership stake). This measure completely overlooks ~$3.2 billion in additional earnings that these businesses retained. For the sake of calculating pass-through earnings on an after-tax basis, I will assume that 100% of earnings are paid out as dividends. In this scenario, the overlooked earnings totaled ~$2.7 billion from the “Big Four” in 2014 (I’m using a 14% tax rate based on a similar calculation Buffett used to do in the shareholder letter).

Berkshire Hathaway has other equity holdings outside of the “Big Four.” I’ll spare you the calculation, but my math (which uses holding data from year-end 2014) estimates an additional ~$1.7 billion (pretax) in look-through earnings that do not show up in Berkshire’s investment income; using the 14% tax rate, that’s an incremental ~$1.5 billion in after-tax profits.

Again, the dividends actually paid to Berkshire are accounted for in “Insurance – Investment Income.” I’ll add the value of the after-tax retained earnings – a total of ~$4.2 billion – to give us an idea of the normalized earnings power attributable to Berkshire from its investment portfolio.

We have a few more items to address before we’re finished.

The first is “Investment & Derivative Gains/(Losses)”. This section includes gains/losses from the sale or redemption of investments, other-than-temporary impairment (OTTI) charges, and the changes in fair value from Berkshire’s credit default and equity put option contracts.

As we try and think about this, it’s helpful to start with some numbers: over the past five years, this line item has cumulatively added ~$11.2 billion in after-tax profits at Berkshire, or ~$2.2 billion a year. The company lost money in a single year over that period (~$500 million in 2011). Looking back five years earlier (2005 to 2009), Berkshire reported average “Investment & Derivative Gains/(Losses)” of ~$1.3 billion annually; it’s worth noting that this happened despite sizable reported derivative-related losses in 2008 from equity index put option contracts.

This is a bit of a gray area, but I’m comfortable including the lower of the two figures (~$1.3 billion). If you would rather make this line zero, the impact is ~50 cents per share in EPS.

Our final consideration – “Other” – includes corporate income and expenses not allocated to the operating businesses. However, it also includes the investment in Heinz that generated ~$650 million in after-tax earnings in 2014. That investment, which is now a 26.8% interest in Kraft Heinz (KHC), will generate ~$750 million in annual dividends at the rate set in November 2015. Berkshire still holds preferred stock in the company that generates significant income (9% per annum), but this security is all but certain to be called in June of this year. “Other” cost ~$100 million in 2014; with the incremental dividend income, I’ll call it a wash for 2015.

In total, our estimate of normalized earnings is roughly $22.5 billion a year.

At the end of the third quarter, Berkshire had 1,643,316 equivalent Class “A” shares outstanding; multiplying by 1,500 results in 2.465 billion Class “B” equivalent shares.

In that same light, Berkshire has another $10 billion in excess cash on the books earning a pittance (after accounting for the cash outflow coming for PCP and Buffett's $20 billion buffer). If you assume Buffett ultimately puts this to use at a 5% annual yield (measured in earnings power), that’s another 20 cents per “B” share. Accounting for the Kraft Heinz preferred (which has not been included in the income calculation) adds another ~$8 billion of cash to put to use.

Inclusive of Precision Castparts, I estimate normalized earnings of nearly $10 per “B” share.

With the stock at ~$125 per share, Berkshire trades at a low double digit multiple of normalized earnings power. Berkshire shares look quite attractive at these levels. Knowing that Buffett would love to buy the stock if it fell any further is quite comforting, too.

Also check out:
Not a Premium Member of GuruFocus? Sign up for a free 7-day trial here.
Rating: 5 / 5 (15 votes)
18 Comments
Write for GuruFocus
Submit an article
How to use GuruFocus - Tutorials What Is in the GuruFocus Premium Membership? A DIY Guide on How to Invest Using Guru Strategies GuruFocus New Features