Ron Baron has a system that IDs high-potential growth companies with fundamental analysis, intense focus on management and valuation models 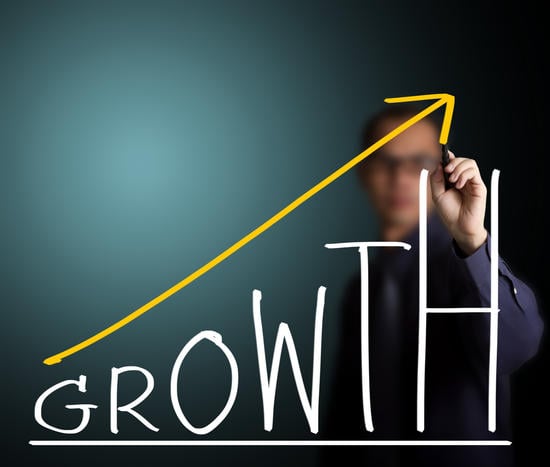 Ron Baron (Trades, Portfolio) got his first taste of investing profits as a teenager. That was apparently enough to get him into the investment management industry and later to launch his own firm in 1982.

Baron Capital Management today manages more than $18.5 billion and operates a stable of mutual funds that have posted outstanding results in the past 12 months, but every year hasn’t been outstanding for investors in his mutual funds.

Still, those who persevere for the long term have been rewarded with average annual results that outstrip those of the Standard & Poor's 500.

He was born in 1943, and grew up in Asbury Park, New Jersey. The New York Sun reports he got an early start; he saved $1,000 from shoveling snow and other part-time student jobs, and quadrupled it through astute stock trades. After studying chemistry at Bucknell University and law at George Washington University Law School, he worked at several brokerage firms between 1970 and 1982.

Saying he wanted to help "regular" people as well as the rich, Baron started his own company, Baron Capital Management, in 1982 (bio based on information from Wikipedia.org and New York Sun).

What is Baron Capital Management?

It is also the umbrella organization for several subsidiaries, including Baron Funds, which offers 13 mutual funds in seven categories:

The Specialty category comprises an energy and resources fund and a real estate fund.

These are the funds, collectively worth more than $18.5 billion, that make up the stable at Baron Funds (each listing shows the name, symbol, net asset value and year of inception –based on information at the firm’s website; note that several funds have additional classes, for client groups such as individual and institutional investors):

Looking at the funds' descriptions, one word appears in almost all of them –Â growth –Â and sometimes the phrase "significant growth potential."

With several funds, each managing well over a billion dollars worth of assets, and a total of more than $18 billion under management, BaronÂ and Baron Capital Management are major financial players, thanks in large part to their pursuit of growth companies.

What is Baron’s investment strategy?

Broadly, the firm describes itself this way, on its Web site, “Baron is an asset management firm focused on delivering growth equity investment solutions.”

It goes on to say it has become known for its long-term, fundamental, active approach to growth investing.

The strategy is made up of three pillars, according to the firm’s Form ADV filed Feb. 28:

The first objective of the fundamental analysis is to understand the key drivers of growth and profitability on a company-by-company basis. That's both to identify opportunities and to confirm investment theses.

They examine financial information to determine:

Baron and associates say that meetings with management are critical, and they stay in touch through the life of an investment. The items they assess in these meetings and other contacts include character, vision, competence, business practices, management style, ownership, experience and track record.

The third strategic pillar is building five-year valuation models; with these models they assess a company's opportunities and risks and estimate its intrinsic value. The models look back five years and forward five years. There are four elements in the models:

Baron writes, in the First Quarter 2017 Quarterly Update, “Baron Funds’ investment strategy is simple. We purchase stocks of well-managed, competitively advantaged growth companies that we believe are increasing in value with dollars that we believe are falling in value.” He adds they try to invest in businesses growing 15% per year, rather than in businesses that grow 6% to 7% a year.

Of course, not everyone finds it that simple, and complexity begins with individual stock picks. In the Baron Partner Funds Letter for the first quarter of 2017, he and his team members outlined their thoughts on some of their picks:

But the lion’s share of attention in the Partner Fund Letter is given to Tesla Inc. (

We suspect Baron must be more than cautiously optimistic to keep such a major proportion of the portfolio in this one stock. As noted, he and his company do intensive fundamental research, talk extensively with management and others who know, and create valuation models for each of their prospects and holdings.

Consumer Cyclical and Technology stocks comprise the largest holdings of the Partner Fund, as shown in this GuruFocus chart:

With the exception of Tesla, none of the major holdings are household names in the broader investment community. Yet they have generated outstanding returns for the year to date and over the past year.

Baron notes in the Partner Fund Letter that while the fund experienced three "disappointing" years (2014-2016), performance had picked up in the first quarter of 2017:

That outperformance is continuing. Yahoo! Finance reports the fund (retail class) has jumped 28.41%, year to date.

Other cumulatives beat the S&P 500; average annual returns are shown with the excess over the S&P shown in brackets:

Further, it’s not just the Partner Fund that is having a good year. Here are one-year results for a number of other funds in Baron stable (data from US News & World Report):

The Baron Partner Fund has tough years from time to time, but patient investors will be rewarded with outperformance –Â provided they buy in like value investors when the price is right.

Like many other gurus, BaronÂ and his firm do fundamental, bottom-up research and talk with management and other stakeholders.

What’s unique about Baron is his emphasis on growth, combined with valuation models, which should help deliver the best of both worlds: strong growth and the safety that comes from buying the right stocks at the right prices.

As results from the past year and 2013 show, Baron and his team can generate enviable returns when conditions are ripe. But investors should also factor in those "disappointing" years before buying or following his lead.

Disclosure: I do not own shares in any of the companies or funds in this article and do not expect to buy any in the next 72 hours.