Fish Where the Fish Are: Chinese Equities 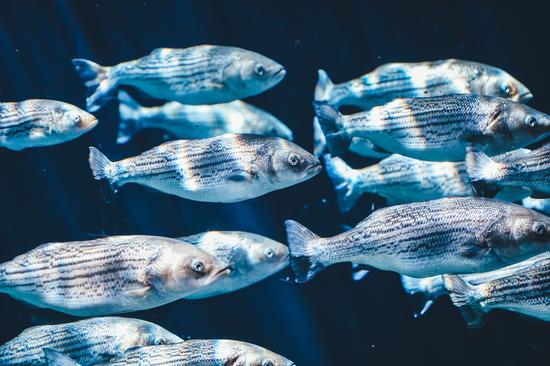 In my previous article where I shared my notes on this year’s Daily Journal (DJCO) meeting, I wrote the following:

“This year more than 50 questions were asked. Among them, five or six questions were specifically related to investing in China. Munger’s message was consistent with what he said in the previous meetings – what American investors are missing is that there are more opportunities in China than there are in the U.S. The great companies in China are cheaper than they are in the U.S. And the Chinese market is much less efficient. You gotta fish where the fish are.”

In today’s article I’ll share some observations on the attractiveness of the Chinese equity market.

China’s competitive advantages and what it means to Chinese companies

Last year, Warren Buffett reminded all the shareholders that for long-term American investors, the overriding question is, “How is American business going to do over your investing lifetime?” I think this applies to all of non-U.S investors too. In other words, we need to think about how the business in the country we invest in will do over our investing lifetime. This boils down to national competitive advantages of nations and the industries that will be globally competitive due to competitive advantages of the nations. A great book I recommend is Michael Porter’s, "The Competitive Advantages of Nations." There are a few important messages in this book:

First:Â "Many of a companies' competitive advantages lie outside the firm and are rooted in locations and industry clusters." In other words, if 3M was not founded in the U.S., Nestle not in Switzerland, BASF not in Germany, would they still be great companies?

Second:Â "Shift in economic power of nation impacts competitiveness of companies." Some companies were great in the past but because of the shift of economic power, they are no longer great.

And third:Â "Firms from one or two nations achieve disproportionate worldwide success in particular industries." This goes along with competitive advantages of nations.

A great mental model that I’ve find very useful is Professor Porter’s "diamond" model of determinants of national advantages – factor conditions, demand conditions, related and supporting industries and firm strategy, structure and rivalry. To use factor conditions as an example, in 1978, all factor conditions in China were bad. But during the past 40 years China’s factor conditions have improved dramatically. The labor force is much more skilled and advanced, and more educated. Capital is much more easily accessible. And the infrastructure has become world class. There’s a very powerful positive feedback loop of diamond conditions, which is also a lollapalooza effect. All of these make China as a nation, and hence, Chinese companies, more competitive globally.

Charlie Munger (Trades, Portfolio) has been talkings about the attractiveness of China’s equity market, and it’s been a great place to fish for the past couple of years. I moved back to China at the end of 2017 and have been focusing exclusively on China’s equity market. Before that I spent most of my time on the U.S. market. I’m starting to feel Munger is absolutely right. While competition has picked up in China, it’s still much more inefficient than the U.S. market. Here are a few important factors of the attractiveness of China’s market.

First and obviously, the best Chinese companies have been growing much faster than the great U.S. companies. In the U.S., high single-digit top-line growth is considered very good, but in China anything below 15% is considered mediocre.

Second, if we look across emerging markets, China has a relatively stable political environment and stable currency. The Chinese government plays an incredibly important role here, which may be vastly misunderstood by non-Chinese.

Third, as mentioned above, many industries and companies have benefited from the great industrial revolution of China and are now globally competitive.

And fourth, the Chinese market is much more volatile because there are many investors who can’t tolerate volatility and drawdowns, which is great for value investors who have the right temperament. IThere are a few structural factors that contributed to the inefficiency:

For example, we can take a look at two important factors – demand and supply, which we can use trading volume breakdown and ownership structure as proxies.

On the trading or demand side, 80% of the trading is done by retail investors. And on the supply side, government and corporate ownership is high, and very often these are usually not tradable. The float can be a very small portion of total shares outstanding. On top of that, retail investors make up the largest portion of the shareholder base. You can see why the equity market is less efficient in China.

As a nation, China’s moat has continued to widen since the reform and open up, which makes many Chinese companies more competitively globally and bodes well for the best companies in China. The great companies in China are likely to grow faster than the great U.S. companies, and structural factors exist so that the equity market in China will likely remain inefficient for a while. It’s a great combination for value investors.