Founded in 1986 by Bruce Sherman, the Naples, Florida-based firm follows an investing strategy that involves buying stocks at a 40% to 50% discount to their intrinsic value while managing downside risk, researching to gain insight and patiently creating a lasting avenue for portfolio gains. After Sherman retired in 2009, Gregg Powers took over as CEO, chief investment officer and lead portfolio manager.

According to GuruFocus Real-Time Picks, a Premium feature based on 13D, 13G and Form 4 filings,

Private Capital (Trades, Portfolio) invested in 187,480 shares of the company headquartered in Torrance, California on July 18, expanding the equity portfolio by 0.40%. The stock traded for an average price of $14.52 per share on the day of the transaction.

The firm now holds 1.34 million shares total, accounting for 2.83% of the equity portfolio. GuruFocus estimates it has lost 25.97% on the investment so far.

The company, which manufactures and distributes aftermarket auto parts, including alternators, starters, brake pads and turbochargers, has a $288.96 million market cap; its shares were trading around $15.05 on Thursday with a price-earnings ratio of 40.82, a price-book ratio of 0.91 and a price-sales ratio of 0.45.

The GF Value Line suggests the stock, while undervalued, is a possible value trap currently based on historical ratios, past financial performance and future earnings projections. As such, potential investors should conduct thorough research before making a decision. 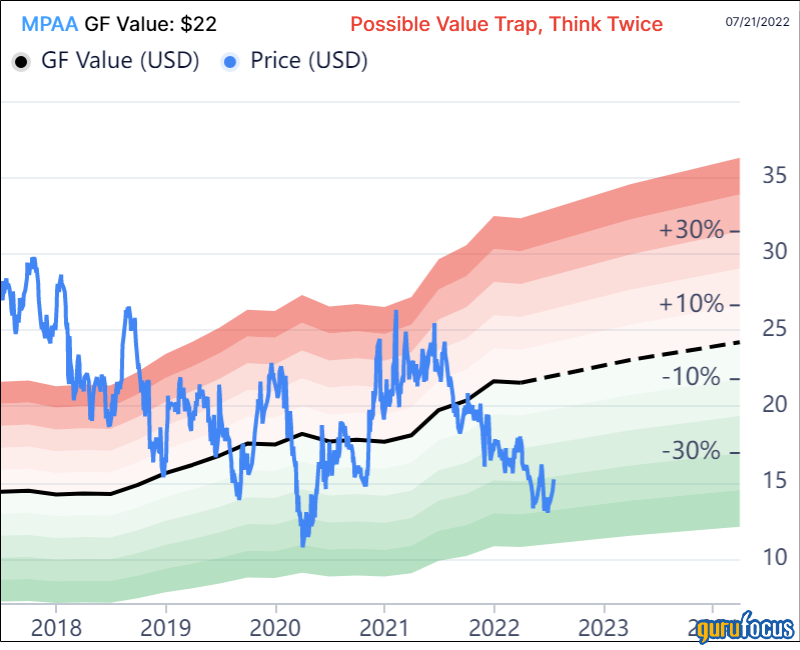 The GF Score of 84 out of 100, however, indicates the company has good outperformance potential. It received high grades for profitability, growth, GF Value and momentum as well as a middling rank for financial strength. 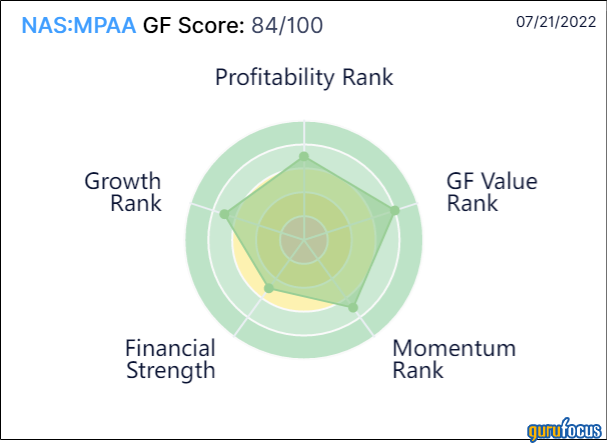 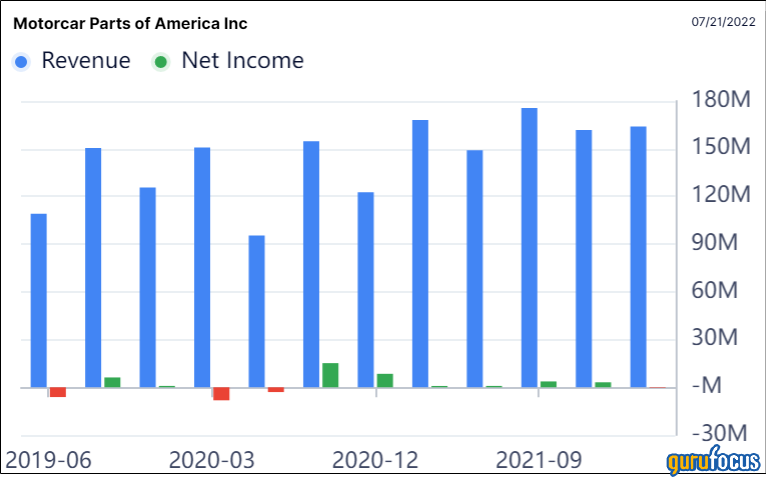 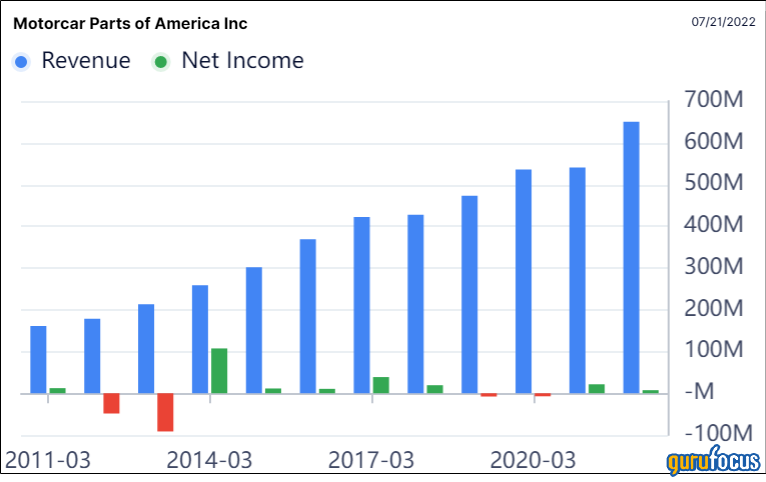 “Demand for replacement parts remains strong, and we are confident in the long-term demand dynamics given tailwinds from an aging car fleet,” he said. “Additionally, we anticipate accelerating momentum from our emerging brake-related products — including brake calipers and in particular pads and rotors, which were formally launched subsequent to year end and are experiencing strong demand. This highlights the success of our investments in the brake-related categories that we have made over the past several years to tap into the large market for both internal combustion engines and emerging electrical vehicles. We are optimistic as we start a new fiscal year and resume financial guidance, as discussed below.”

For fiscal 2023, the company anticipates net sales between $680 million and $700 million and operating income ranging from $57 million to $61 million.

GuruFocus rated Motorcar Parts’ financial strength 5 out of 10. Since the company has issued approximately $26.03 million in new long-term debt over the past three years, it has weak interest coverage. Further, as assets are building up at a faster rate than revenue is growing, the low Altman Z-Score of 1.24 warns the company could be at risk of bankruptcy if it does not improve its liquidity. The weighted average cost of capital also eclipses the return on invested capital, indicating the company is struggling to create value as it grows.

The company’s profitability fared better, scoring a 7 out of 10 rating even though its margins are declining and the returns on equity, assets and capital are underperforming over half of its competitors. Motorcar Parts also has a moderate Piotroski F-Score of 4 out of 9, meaning conditions are typical for a stable company. Due to losses in operating income over the past several years, the predictability rank of one out of five stars is on watch. GuruFocus research found companies with this rank return an average of 1.1% annually over a 10-year period.

Of the gurus invested in Motorcar Parts,

Over 30% of the firm’s $686 million equity portfolio, which the 13F filing for the first quarter noted was composed of 101 stocks, was invested in the financial services sector, followed by slightly smaller exposures to the communication services and consumer cyclical spaces.

Other vehicles and parts companies

Private Capital (Trades, Portfolio) was invested in as of March 31 were Visteon Corp. (VC, Financial) and Stoneridge Inc. (SRI, Financial).