A Look Back at Warren Buffett's Six-Bagger Cocoa Bean Investment

One of Buffett's earliest investment deals 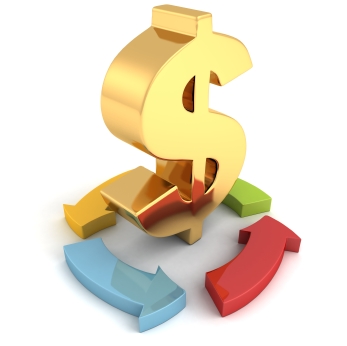 In my last article, I mentioned one of

Warren Buffett (Trades, Portfolio)'s earliest deals, which netted him a profit of $13,000, a substantial sum of money at the time.

The investment was Rockwood & Co, and Buffett discovered this opportunity while working under the wing of Benjamin Graham at the Graham--Newman Corporation.

The young investor's job at the hedge fund was to scour the market for undervalued opportunities - the type of stocks that met Graham's deep value criteria. Rockwood was one of these companies. The Brooklyn-based chocolate company was a unique special situation that offered the potential for a substantial pay off as it liquidated its cocoa bean inventory.

"[Rockwood] had adopted LIFO [last in first out] inventory valuation in 1941 when cocoa was selling for 5¢ per pound. In 1954 a temporary shortage of cocoa caused the price to soar to over 60¢. Consequently, Rockwood wished to unload its valuable inventory - quickly, before the price dropped."

The problem was that such a sale would have incurred substantial tax liabilities. The company would have to return around 50% of the proceeds in tax to the government.

However, Rockwood found a loophole in the 1954 tax code. This allowed the company to avoid tax on inventory profits if the inventory was distributed to shareholders "as part of a plan reducing the scope of a corporation's business." As a result, Rockwood decided to shut down one of its businesses and return 13 million pounds of its cocoa bean inventory.

According to Glen Arnold's book, "The Deals of Warren Buffett, Volume 1: The First $100M," before deciding to distribute the inventory, the company had approached the Graham--Newman Corporation to see if they wanted to make an offer for the business. They couldn't agree over price. Instead, Rockwood turned to "another able investor," Jay Pritzker, who came up with the tax-efficient scheme.

Pritzker's offer was as follows. Each shareholder could exchange one share in Rockwood for $36 of beans (or around 80lbs) by way of a warehouse certificate showing ownership of the beans. At the time, the stock was changing hands for $34 in the market. Graham instructed Buffett to buy Rockwood at $34 to pocket the $2 per share arbitrage. The hedge fund also sold cocoa futures as a hedge.

Buffett explained in his 1988 letter:

"For several weeks I busily bought shares, sold beans, and made periodic stops at Schroeder Trust to exchange stock certificates for warehouse receipts. The profits were good and my only expense was subway tokens."

While Buffett was doing this for his employer, he was also buying shares for his own account. Buffett had realized that Rockwood's bean inventory was significantly more extensive than the 80lbs per outstanding share the company was offering investors. As a result, as investors took up their options, the value of the remaining shares would increase disproportionately. On top of this, the $36 per share offer valued the rest of Rockwood's business, cash, real estate, machinery and receivables at less than zero.

It is unclear why Graham and Newman didn't do the same, although we do know that Graham was a much more cautious investor and was always seeking to minimize his risks. Having lived through the Great Depression in the 1920s, Graham's entire investment strategy was based on his desire not to lose money. The arbitrage opportunity would have been more attractive to him on this basis than buying and holding Rockwood with no clear exit plan.