Our Risk Perception on Apple

While a moat does exist, we remain cautious about its long-term robustness 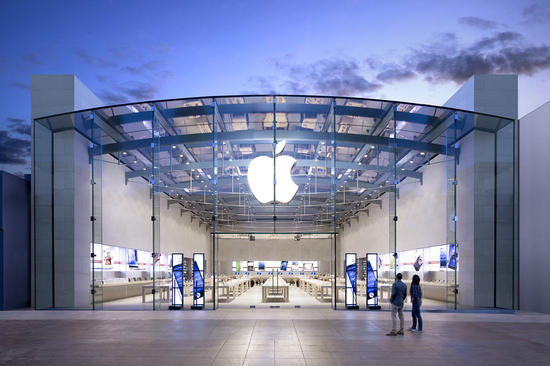 AAPL, Financial) designs, manufactures and markets technology-driven premium electronics, including smartphones, computers, tablets and wearables, as well as provides related services. The company has undergone tremendous change since the launch of its first iPhone product in 2007 and became the first $1 trillion company in the U.S. in 2018.

Apple is a truly global business, with 45% of fiscal 2019’s sales coming from the Americas, 23% from Europe and 32% from the Asia Pacific. An economic moat does exist for Apple, largely due to its globally recognized brand. In 2019, Interbrand ranked Apple as the number one global brand, the total value of which exceeded $234 billion, compared with $167 billion for Alphabet's Google (

GOOG, Financial) (GOOGL, Financial), $125 billion for Amazon (AMZN, Financial) and $108 billion for Microsoft (MSFT, Financial). Nonetheless, we are concerned about the long-term prospects of that moat being eroded due to various risk factors.

First, we at Urbem are especially cautious about businesses that rely on one-time deals. Smartphones and computers are perfect examples of that category. As of the last fiscal year, services revenue accounted for less than 18% of the total base at Apple.

Additionally, the company faces some unfavorable concentration in the unpredictable durable goods business, as the iPhone still represents over 50% of the total revenue. According to the chart below, Apple’s annual return on assets has never dropped below 15% since the first iPhone, until 2016 – a clear downward trend from the peak in 2012.

As usual, we are concerned with the long-term sustainability of return and growth contributions from any “fashionable” large-ticket item that has become a fad among consumers. In this regard, think of the rise and fall of Crocs (

CROX, Financial) a few years back, or Pandora (OCSE:PNDORA) more recently. One thing that can be sure is that some products can succeed in a (much) more long-standing manner than others, while it is to our belief that predicting consumer tastes is a tough call (and investors want to avoid tough calls if possible).

Adding to the uncertainty in the case of Apple is the industry where the business operates – an intensely-competitive and rapidly-evolving technology world. In the company’s 2019 annual report, management fully acknowledged the competitive risk in the sector by citing phrases like “aggressive pricing,” “frequent product introductions,” “rapid technological advances,” “many large, well-funded and experienced participants,” “imitate features” and ”at a loss to compete.” Just take a look at the Chinese market, where consumers have started to increasingly switch from iPhone to local brands such as Huawei and Xiaomi (HKSE:01810).

Of course, some may argue that services revenue, which is mainly recurring, around the massive global installed base, should drive the growth in shareholder value moving forward. The portion has indeed been growing at double-digit rates (down from 22% in fiscal 2018 to 16% in 2019, though). Still, shareholders may not see a significant impact anytime soon, given the current revenue share of less than a quarter. Until a meaningful contribution at a distance, risks will remain around the stability of the installed base.

In contrast, maybe consider Intuitive Surgical (ISRG), where after-market transactions account for nearly 70% of the total sales and are better protected by a higher switching cost of the installed base, or Hermes (

XPAR:RMS, Financial), whose ultra-luxury items has endured the test of time for more than a century, compared to iPhone’s whole lifetime of a little over a decade (think of the “Lindy Effect” here).

Disclosure: The mention of any security in this article does not constitute an investment recommendation. Investors should always conduct careful analysis themselves or consult with their investment advisors before acting in the financial market. We own shares of Apple, Intuitive Surgical and Hermes.