A look back at the young investor's errors 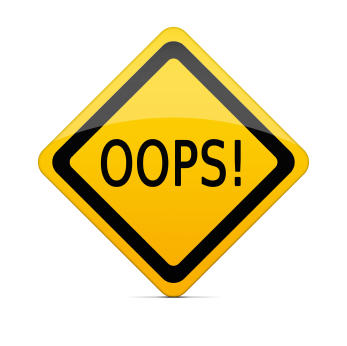 Warren Buffett (Trades, Portfolio) says or does is analyzed rigorously by the investment community. His thoughts are shared repeatedly online, and his annual letter to investors is dissected bit by bit.

Also, analysts across Wall Street are always trying to second-guess the Oracle of Omaha and predict what he's going to do next. I think it is far more interesting to look at Buffett's early deals.

While Buffett's investment strategy is always developing and evolving, he was a lot more active in the early part of his career. So, we can learn a lot more about how his strategy developed by looking at the first 10 to 20 years.

Indeed, as I covered in a previous article, while Buffett would never borrow a substantial sum of money today, he did when he was investing his own money before he started the Buffett Partnerships. He once borrowed around 20% of his net worth to invest in stocks, despite advice from Benjamin Graham and his father not to do so.

It might be surprising for many people to learn that in his first decade as an investor, Buffett made a range of mistakes. He didn't just pop up and start making money. The man who is now considered to be one of the greatest investors of all time learned by doing and making mistakes.

While still at school, Buffett was more interested in making money than learning. By 1949, he had $9,800 (around $105,000 in today's dollars) in savings from paper routes, collecting golf balls and working as a salesman in JC Penney. The next logical step was investing in the stock market.

Buffett already had experience in buying stock. He purchased his first investment, Cities Services Preferred, at 11 years of age, bying three shares for $114.75. He sold these for a profit of $1.75 relatively soon after the acquisition.

His next adventure in the market came in 1949. Buffett started using technical analysis to earn quick profits from the market on top of his other activities. This was mostly speculative trading.

Glen Arnold's book, "The Deals of

"He was hooked on share trading at this time. He tried all sorts of ways to make share trading work, from chart patterns to numerical patterns and 'odd-lot stock trading,' whatever that was. We can tell from this that Buffett had been speculating."

After failing to make significant money trading the market, Buffett decided to go to Columbia Business School after reading Benjamin Graham's new book, "The Intelligent Investo," so the time and money he used speculating weren't wasteful after all. It helped push him in the right direction.

He made his next big mistake in 1951. This is when the young investor decided to travel to Washington to find out more about his new favorite business, GEICO.

Buffett put 65% of his net wealth in the company, around $10,300 at the time. He sold the position in 1952, a year later, for $15,300 ($150,000 in today's money). This was a great return, but if Buffett had held on to his GEICO stock, the position would have been worth $1.3 million 19 years later. That's a compound annual rate of return of 26.3%, similar to the rate of return Buffett achieved during the same period managing his partnerships, but with almost no effort. This was the second biggest mistake of his career, selling GEICO early and not realizing the power of long-term buy and forget investing.

The next two mistakes are interlinked. Firstly, as mentioned earlier, in 1951, Buffett borrowed around 25% of his net worth to invest. He lost a large percentage of this borrowed money after acquiring a gas station with a friend.

The gas station was opposite a Texaco gas station, which was more popular with clients. Buffett's business went under. This taught him about the power of competitive advantage. It was also a lesson in the perils of borrowing money.

Those are the biggest mistakes of Buffett's early career. I wanted to write this article to shine some light on the fact that while the Oracle of Omaha's reputation as an investor is second to none today, he did make a lot of mistakes in the early years, just as any other investor would. All of these errors helped shape the investment strategy he uses today.

Making mistakes is all part of the learning process. The best strategy is to pick yourself up, dust yourself off, learn from what went wrong and get right back at it.