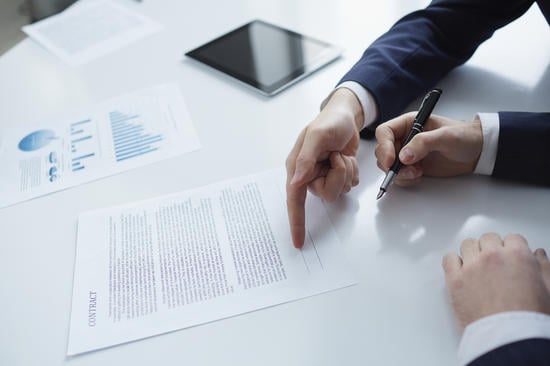 The U.S. equity market’s modest decline during the period masked a fitful bout with COVID-19, the pandemic wreaking unprecedented global havoc. Despite a mid-January outbreak in Wuhan prompting widespread lockdowns in China, the market was initially undeterred and even registered double-digit gains through late February. But as contagion proliferated beyond China’s borders, punctuated by Italy’s tragic experience, fear escalated. And in roughly a month of panicked trading, the market lost one-third of its value, abruptly ending the decadelong bull market.

In response, the government launched a monetary-fiscal bazooka, driving the 10-year Treasury yield to record lows (0.6% at period-end) while running a staggering $737B federal deficit in April alone. Science also joined the skirmish, injecting some optimism via a successful Remdesivir trial and several promising vaccine candidates. With sentiment on the mend, the market bounced 30 percent from its late March trough as April logged the best month for stocks since 1987.

Amid the tumult, two sectors performed comparatively well: information technology (+10%), as enabler for a home-bound populace; and health care (+7%), as potential panacea. Energy (-31%) and financials (-20%), on the other hand, fell precipitously in concert with crude oil prices and interest rates. Industrials (-17%) also underperformed, anchored by significant airline weakness.

Each of the Funds held an overweight position in the health care, industrials, and consumer discretionary sectors, and an underweight position in the energy, real estate, consumer staples, communication services, materials, and utilities sectors. The Stock Fund maintained a modest underweight in information technology and a modest overweight in financials; the Growth and Aggressive Growth Funds featured the opposite weightings.

A more detailed discussion of the results of each PRIMECAP Odyssey Fund follows.

The top 10 holdings, which collectively represented 30.9% of the portfolio at the period end, are listed below:

Health care was the primary bright spot in the portfolio. The Fund’s large overweight position (32% average weighting versus 14% for the S&P 500) and portfolio outperformance (+12% sector return versus +7% for the benchmark) both boosted results. Seattle Genetics (+28%), BioMarin (+26%), and Amgen (+14%) provided a strong biotechnology complement to the Fund’s pharmaceuticals outperformance, while Insulet (+37%) shined among medical device stocks.

Unfortunately, as with the Stock Fund, large losses in the airlines and cruise lines dwarfed the health care upside, with JetBlue (-50%) and Norwegian Cruise Lines (-68%) adding to the travelrelated underperformance. Elsewhere, the Growth Fund’s positions in Tesla (+148%) and iRobot (+27%) mitigated portfolio weakness in the consumer discretionary sector.

The top 10 holdings, which collectively represented 27.9% of the portfolio at the period end, are listed below:

Health care made another positive contribution, as the Fund’s 30% average weighting and 11% portfolio return both outpaced the benchmark. The Fund’s new position in BioNTech, an mRNA-based biotechnology company with multiple COVID-19 vaccine candidates, returned +182% during the period. Within financials, a smaller sector position (6% average weighting versus 12% for the S&P 500) coupled with better portfolio performance (-4% sector return versus -20% for the benchmark) provided a relative boost. And in consumer discretionary a larger position in Tesla and meaningful ownership of Chegg (+39%) and Sony (+6%) delivered sector-level outperformance.

But even these improvements were insufficient. The headwinds from our travel holdings were more substantial in the Aggressive Growth Fund, generating more than 700 basis points of underperformance in total. The Fund also lacked exposure to Microsoft (+26%), which exacerbated the challenge created by our pronounced underweight positions in Amazon and Apple.

The top 10 holdings, which collectively represented 29.4% of the portfolio at the period end, are listed below:

Looking forward, our view on U.S. equities is somewhat more circumspect than usual following April’s strong run. The world remains largely locked down and economic data are alarmingly negative. The status quo is unsustainable, and yet reopening economies is fraught with difficulty and risk. The market’s rebound seemingly foretells a robust recovery, as valuation on last year’s peak earnings remains lofty (17.9x 2019 P/E at period-end). But with Treasury yields threatening negative territory, this may simply reflect few alternatives to equities.

We subscribe to the maxim, “This, too, shall pass,” but when and how remain elusive. The world is engaged in asymmetric warfare with a nearly invisible viral enemy. The pandemic’s initial ambush, partially obfuscated by local misinformation, seeded a vigorous global assault that forced an unready populace into hiding. Now, somewhat more informed and better armed, the world is preparing to counterattack. In this especially thick fog of uncertainty, we contemplate a postCOVID existence: does this virus change everything, or will ‘normal’ ultimately prevail?

Unsurprisingly, as countries mount their offensives, strategies vary: some pursue eradication, others await herd immunity, and still others seem to just cross their fingers. Remarkably, despite all we have learned about Sars-CoV-2 and COVID-19, the world’s understanding is still inadequate. Among many critical unknowns, divergent estimates of the infection fatality rate (IFR) reasonably inform very different approaches. But paranoia, politics, and poor modeling also feature prominently.

Regardless of strategy, the world rightly views science, and medical progress specifically, as the ultimate secret weapon. Ongoing development efforts should yield both near-term treatment options and long-term vaccine solutions, even absent commercial incentive. There is clear irony in our utter reliance on the drug industry, particularly here at home where widespread criticism of Big Pharma has been the norm, but now a desperate populace petitions for a cure. Health care is each Fund’s largest sector weighting; our health care portfolios, which are chiefly comprised of pharmaceutical and biotechnology companies pursuing novel drugs and therapies, outperformed during the reporting period. But this was not in response to a traditional wartime demand surge; only a subset of our companies has direct COVID-19 tie-ins, and most such companies are unlikely to reap material financial rewards. Instead, the industry had previously endured damage to its reputation and, in turn, its valuation. Naysayers and skeptics viewed prices, and thus earnings, as unfairly high, blithely ignoring the massive risk and expense incurred during drug development. The pandemic has served as a stark reminder of the industry’s inherent value, and we believe our holdings’ life-saving innovations remain underappreciated.

Unfortunately, two other investment theses have struggled mightily during this pandemic: sins of both commission (airlines and cruise lines) and omission (FAANG stocks). Travel is among the hardest-hit industries, with the current decline in demand dramatically worse than 9/11 and the Great Financial Crisis combined. Airplanes are flying empty and cruise ships sit idle; both industries are bleeding cash and borrowing to survive. We viewed our holdings as secular growers in attractive industry structures – and very inexpensive to boot. But the pandemic gave no quarter, instead halving the stocks (or worse), and driving roughly five-to-seven percentage points of underperformance per Fund. With enterprise values likely impaired and given ongoing value leakage from equity to debt, we acknowledge irreversible damage to our initial positions. That said, from here we also still see select opportunities for meaningful upside, assuming normalization largely triumphs. We continue to evaluate the Funds’ airline and cruise line ownership following this painful structural reset.

Finally, we have long invested in technology’s inexorable rise, and two Funds are overweight information technology (the Stock Fund only recently drifted to a modest underweight position). But we have preferred unconventional exposure via semiconductors and software, generally eschewing the so-called ‘Big Tech’ FAANG stocks (i.e., Facebook, Amazon, Apple, Netflix, and Google/Alphabet). These companies are remarkably well-positioned for shelter-in-place: social media, e-commerce, streaming, and cloud computing, among other services. Whereas these five stocks represented 14% of the S&P 500 during the period, they were just 1-3% of average Fund assets (mostly Google/Alphabet). Given their outperformance (+24% average return), this positioning drove an additional two-to-three percentage point underperformance gap per Fund. These companies have undeniably strong competitive positions, perhaps justifying their multiyear ascendancy. But their combined size and valuation today imply uninterrupted long-term success going forward. We remain wary.

As bottom-up stock pickers, we spend our time searching for opportunities to invest in stocks with long-term prospects we find to be materially better than market prices imply. This approach to stock selection, which drives portfolio composition and thus sector allocation, often results in portfolios that bear little resemblance to market indices, creating the possibility for lengthy periods of relative outperformance or underperformance. We nonetheless believe that this approach can generate superior results for shareholders over the long term.

Past performance is not a guarantee of future results.

The funds invest in smaller companies, which involve additional risks such as limited liquidity and greater volatility. All funds may invest in foreign securities, which involves: 1) greater volatility; 2) political, economic, and currency risks; and 3) differences in accounting methods. Mutual fund investing involves risk, and loss of principal is possible. Growth stocks typically are more volatile than value stocks; however, value stocks have a lower expected growth rate in earnings and sales.

Please refer to the Schedule of Investments for details of fund holdings. Fund holdings and sector allocations are subject to change at any time and are not recommendations to buy or sell any security.

The information provided herein represents the opinions of

PRIMECAP Management (Trades, Portfolio) Company and is not intended to be a forecast of future events, a guarantee of future results, or investment advice.
Also check out:
Not a Premium Member of GuruFocus? Sign up for a free 7-day trial here.
Rating: 0 / 5 (0 votes)
Write for GuruFocus
Submit an article
How to use GuruFocus - Tutorials What Is in the GuruFocus Premium Membership? A DIY Guide on How to Invest Using Guru Strategies GuruFocus New Features