Letter From the Value Investing Mental Asylum, or How I Embraced Stoics

'Just as history doesn't repeat itself but rhymes, so does stock market behavior. Though there are a lot of similarities between 1999 and 2020, there are differences, too' 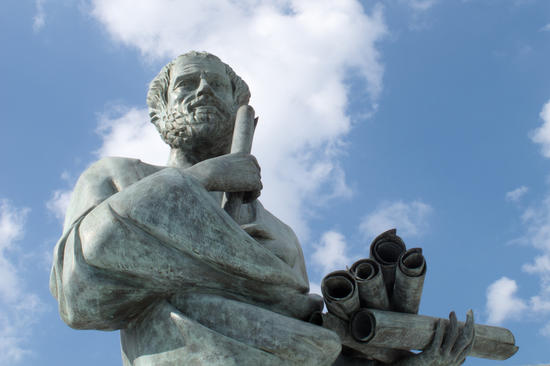 The following is an excerpt from our recent client letter.

A year ago, I called the stock market mood "partying like it's 1999." I was off by a year. Last year was missing the necessary euphoric speculation, which ironically arrived in the middle of a pandemic that engulfed the world.

Just as history doesn't repeat itself but rhymes, so does stock market behavior. Though there are a lot of similarities between 1999 and 2020, there are differences, too.

In 1999 the market was flooded with dotcoms, "new economy" companies that traded at astronomical valuations, were losing money, and had unproven business models. Today we have a lot of "new economy" companies, too, which either offer software as a service or do something in the cloud. Unlike in 1999, these companies generate cash flows. Just like the dotcoms of 1999, they are growing fast.

Most appear to be real businesses, but it is not always clear how sustainable their competitive advantages are. This is paramount when the market expects super-high growth rates to continue decades into the future.

Here is one example: Zoom (

ZM, Financial) – a clear beneficiary of the pandemic. It is a real company. The pandemic turned its name into a verb. But there are zero switching costs from Zoom. Could Google (GOOG, Financial), Facebook (FB, Financial) or some startup displace it? Too early to tell. In the meantime, Zoom is trading at half the market capitalization of AT&T (T, Financial) or Verizon (VZ, Financial).

In 1999, the stock market plunged into a speculative frenzy. Day trading became the past time of everyday folks. At least in 1999 you had to wait to place trades until you got home or to the office. Today, you can even trade (gamble) from the comfort of your own bathroom on your smartphone, with the Robinhood app, which resembles a casino slot machine. (I'll talk about Robinhood separately.)

AAPL, Financial) and Tesla (TSLA, Financial) stocks went up 50% or more in the days after they announced stock splits. Apple has created more value for its shareholders by announcing a stock split in 2020 than by coming out with new products. Tesla's market capitalization has exceeded the market cap of all U.S., European and Japanese car makers combined.

Here is the rub, though: Stock splits create zero (no!) economic value. Let's say there is a publicly traded pizza. It has 16 slices and each slice trades for $1. So the price of the whole pie –its market capitalization – is $16 ($1 times 16). Let's say this pizza observed Tesla's and Apple's positive experience with stock splits and decided that it wanted to be cut into 32 slices instead of 16 – a two for one slice split. So if you owned one slice that was worth $1, now you own two at $0.50 each.

However, after our pizza announces its two for one slice split, investors get excited about new "cheaper" slices and push the price per slice up 50% from 50 cents to 75 cents. Pizza weight and size and number of calories have not changed, but "investors" (I use this word loosely here) are suddenly willing to pay $24 (75 cents times 32) for the same pie they paid $16 for a day earlier. This sounds ridiculous as I write, and probably to you as well. But this is exactly what has been happening with Tesla and Apple shares.

PZZA, Financial) and Pizza Hut executives are not reading this; I don't want to give them any ideas here.)

This speculative phase may have been triggered by a combination of low interest rates which have resulted in low margin rates, the decline of retail trading commissions to zero, pandemic stimulus money, and/or boredom from lockdown.

In any case, just as in 1999, stocks that have been rising are the ones that continue to rise. Speculators ride the wave of what worked lately. There is another factor that helps these stocks: call options on individual stocks, as traders gamble to leverage their bets on rising stock prices. According to the CBOE, the volume of single-stock contracts is up 80% in August over a year ago. Investors' euphoric bets on call options creates a skew in the options market: – A significant imbalance develops between calls and puts, which usually balance each other out.

This vicious cycle will continue until it doesn't.

In addition, an elephant has waltzed into a relatively small room: Masayosi Son's SoftBank (

SoftBank distorted prices in the venture capital market with its $100 billion Vision Fund in 2018 and 2019. Now, it appears SoftBank is using $5 billion to bet on rising prices of the FAANG stocks.

This is the most speculative behavior we've encountered since 1999, though it doesn't mean that this is the peak of speculation. I don't know how long this stage will last. It could three months or three years. One thing I am sure about is that this is not the new normal or the forever-state of the market. Behavior that is driven solely by speculation and divorced from fundamentals is not sustainable and thus will end, usually in tears.

This begs another question: The Fed just announced three more years of near-zero interest rates. Does that mean this party will continue for another three years? Here is what I know: Every bubble has burst. Every single one! It is, however, much easier to spot "irrational exuberance" than its duration. Just ask Alan Greenspan, "the Maestro," who used the term "irrational exuberance" to describe the enthusiasm that was already building in 1996 and burst four long years later.

Japan is a special country with an incredibly special culture. It rebuilt after World War II and seemed unstoppable. It was conquering the world, scooping up prime real estate in Hawaii, California and even New York's Times Square in the '80s and early '90s. Japan's domination seemed to have no end in sight – until the Japanese asset market collapsed under its own weight. The ensuing perennial low and negative interest rates did not save Japanese stocks. Similarly, the U.S. market was oh so bubbly in the late '90s, and some even argued that it would never again go anywhere but up – and then it ran out of greater fools.

Here is another thing that happened in 1999: Growth stocks become priceless and value stocks became worthless. This started to happen again last year, and in recent months the gap has widened considerably.

Growing (but not fast-growing) businesses were left for dead in 1999. As growth and dotcom stocks were going up, value stocks were declining. It was extremely demoralizing being a value investor in 1999. A 17-year-old kid went from playing Diablo in his parents' basement to trading stocks, and his portfolio was doubling every six weeks. The only things he knew about the businesses in his portfolio were how to spell their four-letter tickers and that they were internet companies and going up. (I was 26 in 1999, but I was an old soul.)

Value investors that kept to value investing and didn't chant the "this time is different" mantra were going out of business (frustrated clients were leaving them) or were simply quitting out of frustration.

Julian Robertson (Trades, Portfolio), an incredibly accomplished value investor, could not take the frustration anymore. Here is an excerpt from The New York Times of March 31, 2000:

"After 20 years of generating superlative investment returns by buying stocks that were undervalued and selling short those that carried excessive valuations, Mr. Robertson, 67, confirmed yesterday that he was shutting Tiger's operations. He has essentially decided to stop driving the wrong way down the one-way technology thoroughfare that Wall Street has become.

'I'm not capitulating,' he said. 'I'm not going to quit investing. But it will be nice to get out of the public eye. I don't mind people calling me an old-economy investor, but it doesn't go over well with the clients.' (Emphasis is ours.)

The irony of March 31, 2000, the day that the Times article was published, is that it was the day the Nasdaq peaked. Then it crashed, wiping out years of gains in weeks. And lo and behold, value stocks started going up. Value investing embarked on a phenomenal decade."

We'd be lying if we told you that over the last few years investing was not frustrating. Just like Robertson in 2000, over the last few years we've felt like we were driving the wrong way on a one-way growth highway. Albert Einstein defined insanity as "doing the same thing over and over again but expecting a different outcome." We can relate to this on some level. But let me tell you why we are not writing this from a mental asylum. We found our solace in stoicism.

The Greek stoic philosopher Epictetus said, "There are things which are within our power, and there are things which are beyond our power." The stoics developed a framework known as dichotomy of control. Epictetus described it this way: "Within our power are opinion, aim, desire, aversion, and, in one word, whatever affairs are our own. Beyond our power are body, property, reputation, office, and, in one word, whatever are not properly our own affairs."

Today, these "priceless" stocks are not priced on price-to-earnings. When price-to-earnings exceeds 100, quoting it on CNBC becomes embarrassing. So analysts and investors started quoting price-to-revenue multiples – somehow smaller numbers keep investors calmer. Zoom, for instance, is trading at somewhere between 150 and 200 times next year's earnings but only(!) 50 times 2021 revenues. You see, 50 is not as scary as 150.

CSCO, Financial) and Qualcomm (QCOM, Financial) (also real companies) were in 1999. Ironically, we own both Cisco and Qualcomm today, but we bought them at bargain basement prices after the dotcom investors were done with them. I get the feeling that in the future we'll get to pick up today's growth darlings on the cheap, too.

Value stocks are going down today because they are sold to buy stocks that go up because they go up. The only thing we can do today and tomorrow is what we were doing yesterday – stay rational, stay patient, don't speculate, and follow the two-thousand-year-old advice of the Greek stoics: Focus on the things we can control and don't worry about the things we cannot.

I am the CEO at IMA, which is anything but your average investment firm. (Why? Get our company brochure in your inbox here, or simply visit our website.)

In a brief moment of senility, Forbes magazine called me the new Benjamin Graham.

Ive written two books on investing, which were published by John Wiley & Sons and have been translated into eight languages. (Im working on a third - you can read a chapter from it, titled The 6 Commandments of Value Investing here.)

And if you prefer listening, audio versions of my articles are published weekly at investor.fm.

Also check out:
Not a Premium Member of GuruFocus? Sign up for a free 7-day trial here.
Rating: 5 / 5 (7 votes)
1 Comments
Write for GuruFocus
Submit an article
How to use GuruFocus - Tutorials What Is in the GuruFocus Premium Membership? A DIY Guide on How to Invest Using Guru Strategies GuruFocus New Features