Companies already have an agreement on cancer drug 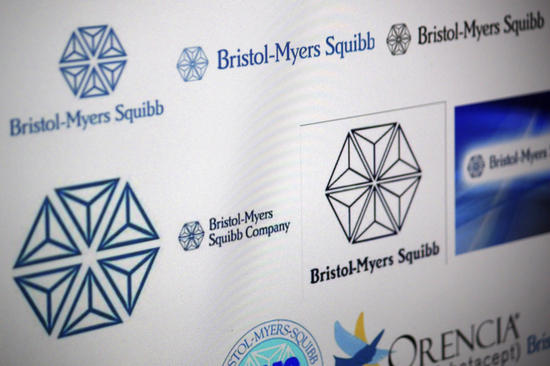 On Oct. 19, I reviewed three of the 10 companies a Jeffries health care analyst thinks are most likely to be acquired by members of Big Pharma. Now let's look at numbers four through six on the list Jeffries' Jaret Holtz provided to FierceBiotech.

BMY, Financial) given the two already have an agreement on a Bluebird cancer drug, which Bristol obtained as part of its takeover of Celgene. The agreement was recently modified when Bristol gave Bluebird $200 million to beef up its manufacturing in exchange for squelching future payments related to the drug outside the U.S.

Bluebird chalked up its first drug approval last year when its treatment for a rare blood disorder was approved by European regulators.

The company plans to ask for the OK of its drug to treat sickle cell disease next year, putting it ahead of competitive medications from Vertex Pharmaceuticals (

Buyers might covet Bluebird because it's become a gene therapy company with a proven platform and several promising drugs in the early stages of development. Over the next few years, we should get a handle on just how effective these medications are.

At $55.28, Bluebird is trading at just more than half of its 52-week high. For the quarter ended in June, the company reported sales of just under $200 million, beating the Zacks Consensus Estimate by 95%. The company lost 36 cents compared to a loss of $3.55 per for the same period a year ago.

Cancer drug companies are high on the list of targets, and Deciphera fits the bill with its work in developing oral oncology medications. The company recently got its first Food and Drug Administration approval for a rare stomach cancer treatment called Quinlock.

This is a huge accomplishment for Deciphera, but the big payoff might be down the line if data shows Quinlock warrants moving up the treatment ladder. If that proves the case, the company could have a blockbuster on its hands. Potential buyers may be waiting until results are available from phase 3 testing to see if the drug meets clinical targets.

Deciphera is also developing a promising stable of solid tumor therapies. A takeout would be unencumbered because the company owns its drugs outright.

Deciphera has a market cap of $3.4 billion and trades at $59.35; its high during the past year is just more than $71. The company beat estimates by scoring sales of more than $7 million in the second quarter versus $25 million for the same period in 2019. Its quarterly loss of $1.20 was lower than expected.

Analysts rate the company a buy with a price target of about $72, according to MarkeBeat.

Esperion is riding high because its two cholesterol-cutting drugs have gotten off to a good start. The medications are now approved in Europe also. Sales could be much higher if the drugs were under the tent of a member of Big Pharma, which could back them with heavy sales and marketing efforts.

NVS, Financial) buyout of The Medicines Co. last year. In the $9 billion deal, Novartis got the crown jewel inclisiran, which some think could generate sales of $2 billion a year, according to FierceBiotech.

Esperion will start looking for partnerships to market its two key drugs outside the U.S. and a few of the potential partners might be interested in something far more serious, like a marriage. Daiichi Sankyo Co. (TSE: 5468) is a name that pops up.

In the second quarter, Esperion beat on earnings, coming in at $4.32 a share, but fell short of sales expectations at $212 million.

Disclosure: The author has a position in Bristol-Myers Squibb.