Growth prospects are improving, but the valuation is still cheap 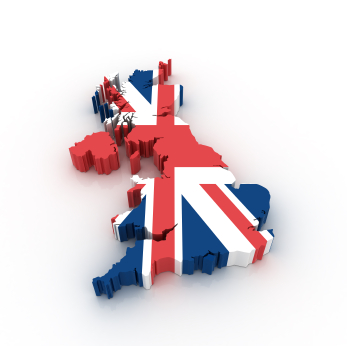 When it comes to international investing, U.S. investors primarily think about emerging markets such as China, India and Brazil. There is nothing wrong with investing in equity securities of companies domiciled in these nations considering the stellar economic growth seen in all these countries. This, however, should not cloud the judgment of investors to an extent where they would be missing lucrative opportunities available in other foreign markets. From a contrarian perspective, U.K. stocks look primed for a strong comeback as many of the dark clouds that hovered around the market performance finally seem to have disappeared for good.

A quick look at the performance of major stock markets around the world is the best way to start this analysis. As of Dec. 26, the FTSE 100 and FTSE 250 indexes were the two worst-performing benchmarks among developed markets since the Brexit vote in 2016. Even when the horizon is expanded to include emerging markets, the two U.K. indexes fall short in spectacular fashion.

There were valid reasons for this underperformance. For instance, the global economy expanded at a steady pace until the virus-induced recession wreaked havoc earlier this year, whereas the U.K. economy has failed to gather momentum since mid-2016. The table below provides a summary of the nominal gross domestic product growth rate of a few regions in the last four years.

Apart from Germany, many other developed and developing regions have performed better than the U.K., which is one of the primary reasons for the disappointing market performance. The all-important question is whether things will take a turn for the better in the coming years.

A turnaround is in the cards

The uncertainty surrounding Brexit was one of the biggest reasons why many investors, both local and international, remained on the sidelines for well over four years. When the U.K. decided to leave the European Union for good, many investors thought the nation would fail to secure a trade deal with the remaining members, leading to a significant reduction in international trade for many years following the exit from the EU. On Dec. 24, however, the U.K. secured a trade deal with the European Union, completing the separation process. Commenting on this positive development, Oddo BHF strategist Sylvian Goyon said:

"The last-minute deal between the EU and the U.K. is a good case to be made for the U.K. market in the context of value hunting. The end of the Brexit saga could be an interesting trigger to rediscover the FTSE 100."

Even though the prospects are improving, U.K. equity markets continue to trade at historical lows.

For investors who are bargain-hunting or looking for unloved markets with growth potential, the U.K. markets seem to be the best option at the moment. As many investors are aware, U.S. markets continue to trade at elevated valuation multiples, which makes it difficult to find stocks with attractive risk-reward profiles.

Many Wall Street analysts are finally turning bullish on U.K. stocks as well, which is a good sign as institutional fund inflows to these markets will increase as long as respected analysts and fund managers are positive about the expected returns in the next few years.

"We remain positive on U.K. equity. The market already looks cheap versus other assets and versus other major equity indices."

UBS also turned positive following the trade deal announcement between the U.K. and the EU. The investment management company expects an 11% return from the FTSE 100 Index in 2021 and projects the macroeconomic outlook to improve substantially in the recovery phase.

In 2018 and 2019, many fund managers took invested money out of U.K. equity markets due to the significant uncertainty surrounding the nation's economic growth prospects, and these fund outflows played a critical role in the underperformance of the FTSE 100.

A change in sentiment among the likes of Goldman Sachs and UBS will certainly turn the tide in favor of U.K. stocks from an institutional fund flows perspective, which could trigger a massive bull run supported by increased interest among both professional and retail investors.

The attractive dividend yields offered by some beaten-down U.K. stocks is another reason to invest internationally. This list includes the likes of Vodafone Group PLC (

The U.K. markets are unloved and unpopular among investors, presenting a good opportunity for contrarians to bank the stocks of high-quality companies at cheap valuation multiples. The economic performance of the nation is likely to improve meaningfully in the next few years, which sets a good platform for U.K.-domiciled companies to report stellar earnings growth. An improvement in the market sentiment toward U.K. stocks is also in the cards, which should help equity indexes recover well before the financials. Below are some of the exchange-traded funds that could be used to gain exposure to this European nation.

ETFs provide the most cost-effective way of investing in U.K. stocks as picking individual stocks in international markets is often a difficult task considering the disadvantages that come with being a foreign investor. There is an informational asymmetry between retail and professional investors that can be fixed by obtaining the services of a professional fund manager to take on the decision-making process, which is exactly what happens when an investor uses an ETF to diversify his portfolio.

Disclosure: The author does not own any stocks mentioned in this article.