4 Undervalued Industrial Stocks to Consider for the New Year 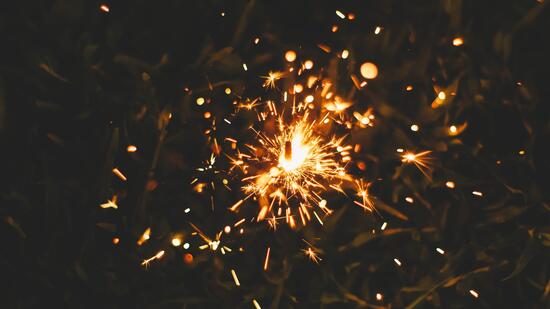 With 2020 coming to a close, investors are looking ahead to a new year and searching for new companies to profit from.

Despite continued headwinds from the Covid-19 pandemic, investors may find value opportunities among industrial companies that outperformed the Standard & Poor's 500 Index by at least 20% over the past 12 months.

According to GuruFocus' Industry Overview, sectors in this portion of the market include industrial products, transportation, aerospace and defense and business services, among others.

As of Dec. 30, the GuruFocus All-in-One Screener, a Premium feature, found several stocks that had a higher return relative to the index for the period. It also looked for companies with a business predictability rank of at least one out of five stars, a 10-year revenue per share growth rate of at least 1% and a price-earnings ratio below 15.

Stocks that met these criteria as were Ocean Bio-Chem Inc. (

The benchmark posted a return of roughly 15% for the year.

The Fort Lauderdale, Florida-based company, which manufactures a line of maintenance and appearance products for boats, recreational vehicles and aircraft, has a GuruFocus financial strength rating of 8 out of 10. In addition to a comfortable level of interest coverage, the Altman Z-Score of 10.72 indicates Ocean Bio-Chem is in good standing even though assets are building up at a faster rate than revenue is growing.

Ocean Bio-Chem's financial strength was rated 7 out of 10 on the back of an expanding operating margin, strong returns that outperform a majority of competitors and a moderate Piotroski F-Score of 6, which implies business conditions are stable. It also has a one-star predictability rank. According to GuruFocus, companies with this rank typically return an average of 1.1% annually over a 10-year period.

According to the Peter Lynch chart, the stock is undervalued.

Headquartered in Plano, Texas, the rent-to-own company sells furniture and electronics. Its financial strength was rated 6 out of 10 by GuruFocus on the back of adequate interest coverage and a high Altman Z-Score of 4.01. The return on invested capital also eclipses the weighted average cost of capital, suggesting good value creation.

Rent-A-Center's profitability scored a 5 out of 10 rating, driven by operating margin expansion, strong returns that outperform a majority of industry peers and a high Piotroski F-Score of 7, which suggests business conditions are healthy. The company also has a one-star business predictability rank despite recording a decline in revenue per share over the past five years.

Of the gurus invested in Rent-A-Center, Simons' firm has the largest stake with 5.82% of outstanding shares.

Based on the Peter Lynch chart, the stock appears to be undervalued.

GuruFocus rated the Cleveland-based metal component manufacturer's financial strength 5 out of 10. In addition to the interest coverage being barely sufficient, SIFCO's Altman Z-Score of 2.11 warns it is under some pressure since revenue per share had been declining for the past several years. The WACC also eclipses the ROIC, suggesting struggles with creating value.

SIFCO's profitability fared worse, scoring a 3 out of 10 rating even though its returns outperform a majority of competitors. The company also has a moderate Piotroski F-Score of 6 as well as a one-star predictability rank.

Simons' firm is the largest guru shareholder of the company with a 1.23% position. Royce also owns the stock.

Eclipsing the benchmark by around 314.51% over the past year, TOMI Environmental Solutions has a $70.48 million market cap; its shares were trading around $4.29 on Wednesday with a price-earnings ratio of 13.15, a price-book ratio of 5.32 and a price-sales ratio of 3.29.

The Peter Lynch chart suggests the stock is undervalued.

The company, which is headquartered in Frederick, Maryland, designs and manufactures bacteria decontamination and infections disease control products. Its financial strength was rated 8 out of 10 by GuruFocus on the back of comfortable interest coverage and a robust Altman Z-Score of 10.14. It is also creating value since the ROIC is above the WACC.

TOMI Environmental Solutions' profitability scored a 3 out of 10 rating, driven by operating margin expansion, strong returns that outperform a majority of competitors and a moderate Piotroski F-Score of 5. The company also has a one-star business predictability rank even though its revenue per share has declined over the past several years.

There are currently no gurus invested in the stock.