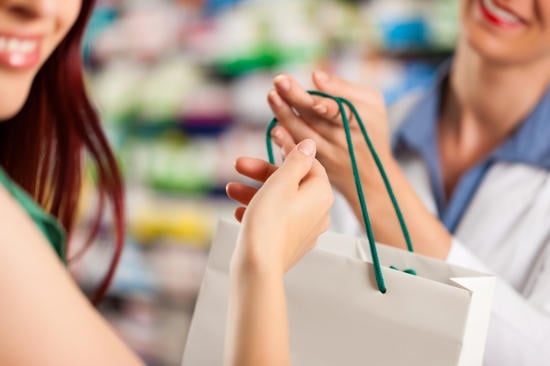 Over the third quarter of 2020, gurus

The subject of their buying and selling was Winmark, a small-cap stock, which described itself this way in its 10-K for 2019: "We are a franchisor of five value-oriented retail store concepts that buy, sell and trade gently used merchandise." Those retail chains and their 2019 sales were:

The document added, "For over 30 years, we have offered a sustainable solution for consumers to recycle their gently used clothing, toys, sporting goods and musical instruments. As of December 28, 2019, we had 1,256 franchised stores across the United States and Canada."

During the first quarter of 2020, Winmark posted a small gain in its earnings per share (diluted) over the same period of 2019. The final three weeks of its first quarter, ending on March 28, were affected by Covid-19, but it also saw more activity in its lease portfolio.

The second quarter brought on the full weight of the pandemic and royalty revenues were 38% below the same period in 2019. At the same time, though, the company saw sequential month-to-month improvement in royalties as its franchised stores reopened. It was able to repay $40 million of borrowed funds, thus ending the quarter with no revolver borrowings and $1.3 million in cash.

Winmark is on the list of Undervalued Predictable stocks, which is to say it is selling at a discount to its intrinsic value (more below) and it has posted consistently higher revenue and earnings before interest, taxes, depreciation and amortization over the past decade. This is Winmark's revenue to the end of 2019:

Its profitability, as measured by Ebitda, has consistently grown as well:

Its financial strength is middling, as shown in this table:

It might appear at first glance that debt is a problem, but a closer look shows it has an interest coverage ratio of 22.67, so we know it can easily handle the interest payments out of operating income.

What's impressive, though, is the weighted average cost of capital versus return on invested capital ratio:

This chart tells us Winmark is very successfully using its borrowed capital to create returns that investors should love.

How does it generate so much from its capital? Look at its margins:

Look as well at the last three lines on this table, where it shows the earnings per share without NRI growth rate is nearly triple the growth of revenue. This tells us the company is becoming increasingly efficient.

Winmark's main business line is retail, where markets are highly competitive, especially, according to the 10-K, in the teenage, children's and women's categories. In addition, the company notes that its franchisees increasingly compete with online vendors of new and used goods, including eBay (

EBAY, Financial) and Craigslist. Each chain faces its own specific competitors:

As with many stocks, valuation signals for Winmark conflict. The GuruFocus Value chart reaches a modestly overvalued conclusion:

The PEG ratio, which puts price-earnings into the context of its Ebitda growth, is 2.48. That would suggest more than modest overvaluation since fair value is set at 1.

This is a 10-year price chart for Winmark:

Based on the chart, as well as the other signals, I suspect many investors would split the difference and conclude Winmark is fairly valued at this time.

It pays a dividend, but a small one, yielding 0.43%. Not surprisingly, then, the payout ratio is 10%. However, Winmark is working to make the dividend more meaningful; the dividend growth rate over the past three years has averaged 34.5%, producing a five-year yield on cost of 1.59% (this is what investors might expect if they buy now, hold the stock for five years and the board keeps increasing the dividend at the same rate as it has over the past five years).

The company is also adding to shareholder returns through stock repurchases. Over the past 10 years, the number of shares outstanding has shrunk (and each share has become worth more):

Only one guru has a position in Winmark, which is Simons' firm, which we noted had been buying and selling the stock throughout the third quarter.

Finally, it should not be surprising that guru ownership is so limited, Winmark has a current market capitalization of just $693.45 million.

For a small cap, Winmark has attracted a lot of attention from two high-profile gurus: Simons and Royce.

The company seems to have established several successful retail chains, based on the continued growth of all key metrics. Valuation is mostly likely fair if we pick a middle course among the several metrics.

Value investors will find no margin of safety, and thus no reason to invest here. Patient growth investors have seen a price chart trendline of just over 20% per year; that may be promising for those who want to add a small-cap to their portfolios. Income investors can skip Winmark, though it might be worth checking on in a few years to find out if it is still growing its dividend payments aggressively.

Disclosure: I do not own shares in any of the companies named in this article and do expect to buy any in the next 72 hours.