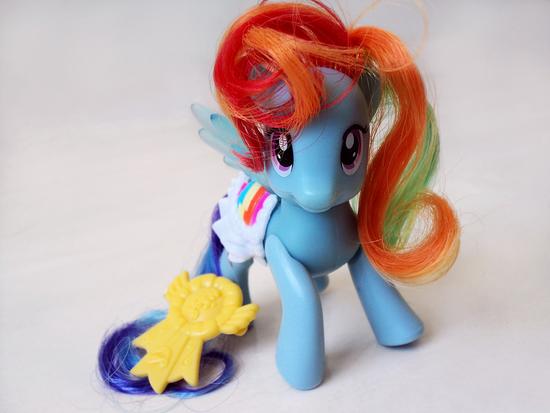 Before the opening bell on Feb. 8, Hasbro Inc. (

HAS, Financial) released its fourth-quarter and full-year 2020 results. The toy company recorded an earnings and revenue beat as stay-at-home orders and social distancing measures led to higher sales of Monopoly and other board games.

The American toy company posted earnings of $1.27 per share, up 41% from the prior-year quarter. Revenue of $1.72 billion surged 4% on a year-over-year basis. Analysts had predicted earnings of $1.14 on $1.7 billion in revenue.

Chairman and CEO Brian Goldner commented on the company's performance:

"In 2020, we lived our purpose of making the world a better place for all children and all families. In what was a most challenging year, the global Hasbro team fully demonstrated its resilience, tenacity, creativity, flexibility, and empathy. Our teams successfully drove demand for several product categories across our portfolio including our entire gaming portfolio from Wizards of the Coast brands to face-to-face gaming. They found ways to reach the global consumer despite retail closures throughout the year, delivering over $1 billion in ecomm revenues for the first time. We leveraged our global supply chain capabilities and our evolving geographic manufacturing supplier base to get products made and distributed."

Revenue in the U.S. and Canada segment grew a combined 16% to $790.6 million. Hasbro cited growth in the "Magic: The Gathering" brand as one of the main contributors. In addition, stunning performance of Emerging Brands and Hasbro Gaming boosted the segment's overall quarterly growth. The division's operating profit rose roughly 78% to $180.7 million.

In the International segment, revenue dipped 9% to $561.8 million, while the operating profit tumbled 46% to $30.1 million. Revenue was down due to lower sales in Latin America, but was partially offset by growth in Europe. The operating profit declined due to efforts to clear retail inventory in Latin America, which was partially negated by favorable product mix and cost control.

The Entertainment, Licensing and Digital segment saw revenue decrease a combined 15% year over year to $111 million. Likewise, operating profit of $27.2 million dipped 26.7% as compared to the prior year on account of lower revenue, which was partially negated by favorable mix from growth in licensed digital gaming.

The eOne division, which is mainly involved in the acquisition, distribution and production of films, music and television series, saw revenue increase 10% to $259.6 million. The company attributed the growth to higher TV and film revenue as live-action productions and theaters resumed operations worldwide. Higher Family Brand revenue also contributed to the growth. By contrast, Hasbro recorded an operating loss of $14.2 million in the segment.

At the end of the quarter, the company had cash and cash equivalents of $1.45 billion. Long-term debt stood at $4.66 billion.

The board of directors announced it would pay a quarterly cash dividend of 68 cents per share to its shareholders on May 17.

The company did not provide any guidance figures for earnings and revenue.