Warren Buffett and GEICO: A Success After Near Total Failure

A look back at GEICO's history 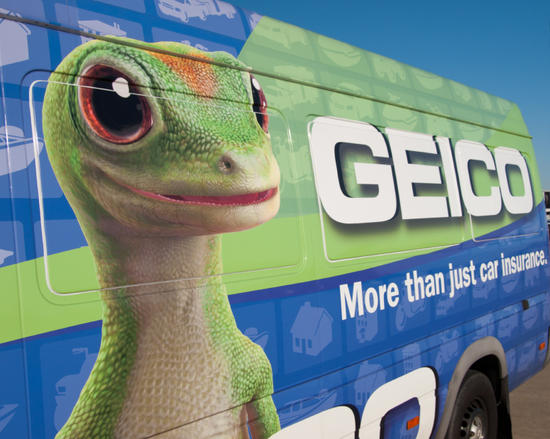 Warren Buffett (Trades, Portfolio) once again told the story of GEICO in his 2020 annual letter to shareholders of Berkshire Hathaway (BRK.A) (BRK.B):

"In 1936, Leo Goodwin, along with his wife, Lillian, became convinced that auto insurance a standardized product customarily purchased from agents could be sold directly at a much lower price."

He went on to add that with just $100,000 in capital, "the pair took on giant insurers possessing 1,000 times or more their capital." Buffett said that he was first exposed to the business "by luck" a full 70 years ago:

"It instantly became my first love (of an investment sort). You know the rest of the story: Berkshire eventually became the 100% owner of GEICO, which at 84 years of age is constantly fine-tuning but not changing the vision of Leo and Lillian. There has been, however, a change in the company's size. In 1937, its first full year of operation, GEICO did $238,288 of business. Last year the figure was $35 billion."

If only it were that easy. This story omits all the challenges and risks GEICO faced along the way, which I find helpful to take into consideration.

Concentrating on a company or investor's successes and ignoring the struggles and challenges is classic survivorship bias. I'm not accusing Buffett of this - covering the whole story of GEICO in the letter would have taken far too long - but it's crucial investors don't forget there's usually more to a story than the beginning and the end.

Buffett first invested in GEICO back in 1951, and in the decades after, the group experienced explosive growth. It passed the one million policyholder mark in 1964, and premiums reached $150 million in 1965. Net earnings doubled to $13 million in 1966.

But there was trouble brewing under the hood. Every single insurance company has to estimate its potential losses. Well-run insurers conservatively estimate how much money they will have to pay out in losses over a year and then report a reserve figure based on this conservative estimate. In theory, losses should not exceed this figure. The best insurance companies consistently report losses below these estimates.

However, these sorts of companies are few and far between. Most insurers don't reserve conservatively, and this can lead to big problems down the road.

That's exactly what happened to GEICO in the mid-1970s. Years of aggressive expansion lead to weaknesses in the company's loss reserves. The episode nearly destroyed the company. In 1975, the company lost $126 million, then lost $40 million during the first half of 1976. The Washington, D.C. insurance commissioner was poised to declare GEICO bankrupt, which would have become the largest insolvency in the U.S. insurance industry's history.

In May 1976, the GEICO board of directors hired John Byrne as chairman, president and CEO. He managed to turn the business around almost immediately. Buffett was able to take advantage of this because he reached out to Kay Graham to broker a meeting with Byrne.

After meeting with GEICO's new CEO, Buffett started buying more of the stock. From there on, the company returned to growth, and Berkshire ultimately acquired the business.

Would we have seen the same story if GEICO was not linked to Buffett and his mentor, Benjamin Graham? It seems unlikely, in my view. GEICO survived, but only just. It's likely Buffett's association with the business afterward help it grow. His aggressive buying of the stock before its recovery may also have helped to reduce its cost of capital and restore market confidence.

GEICO is a fantastic growth story, but it's essential to consider the role of highly skilled individuals in its success and acknowledge that the group's growth hasn't always come without challenges.

Disclosure: The author does not own any share mentioned.