It's Important to Understand Luck and Investing 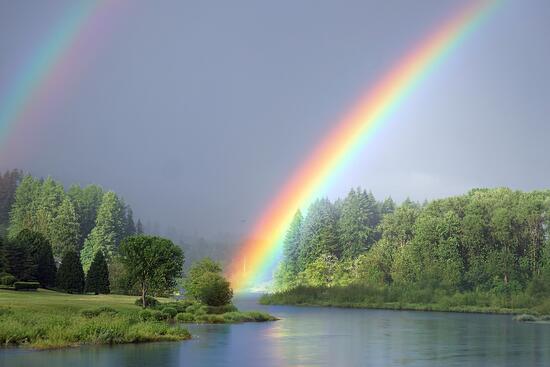 The role of luck is arguably one of the most overlooked concepts of investing.

All too often, investors and analysts spend ages trying to find the answer to a question, which may have no other explanation than luck.

This does not mean there is no reason to try and understand why things have happened. It always seems sensible to analyze past decisions, mistakes and successes to see if there's anything we can learn.

However, sometimes it is alright to admit that luck played a factor in the outcome.

The role of luck

I think one of the most significant examples of this is

Warren Buffett (Trades, Portfolio). Based on his track record, it's easy to say today that he is the greatest investor of all time. But that might not have been. There were many occasions in his career where the role of luck played an outsized role.

If we go back to the beginning, Buffett's decision to take a train to go to the headquarters of GEICO in 1951 on a Saturday was a bit of a risk. He was let into the building by a janitor, and the only other person working that day was Lorimer Davidson, who would later become the CEO. Davidson was kind enough to take the time to discuss the ins and outs of the business with this young investor. What if Davidson had not been in the building or what if he'd been too busy to spend time with Buffett? Luck played a meaningful role here.

Buffett has also admitted he was fortunate to be offered the opportunity to buy National Indemnity when he did. He was also lucky to meet Ajit Jain, who has steered the insurance business from strength to strength over the past few decades.

I'm not saying Buffett wouldn't have become a great investor had he not met Davidson in 1951 or, later, Jain, but he might not have been as successful without these lucky encounters.

You could make the same argument for

Bill Gates (Trades, Portfolio). When he dropped out of Harvard to design a computer system, Gates took a considerable risk. He was incredibly clever, hard-working and devoted, but plenty of other individuals have the same qualities.

Jeff Bezos's career was also saved in 2000 when, one month before the dot-com bubble burst, his young company, Amazon.com Inc. (

AMZN, Financial), decided to raise more than $600 million from overseas investors through a convertible bond. If the process had taken just four weeks longer, it's not clear if Amazon would be what it is today.

The right place at the right time

The point is, being in the right place at the right time has always been a big part of success. No matter how much analysis or research one does will ever change this. Sometimes, success or failure cannot be explained through reason alone. There is always going to be chance involved with investing and success.

As investors, all we can do is try and swing the odds of success in our favor. For example, companies with a lot of debt can be bad investments. Some individuals and businesses can operate quite successfully with a lot of borrowing, but many can't. By avoiding these companies, we can reduce the chances of being unlucky enough to end up owning a business that can't deal with a lot of debt.

Also, we know the success of an investment has a lot to do with its management. It's impossible to predict the quality of a management team with limited experience, e.g., buying small-cap growth stocks.

Therefore, it may make more sense to wait and see how the company develops. Waiting will provide more information as to the quality of management.

Following this approach might mean missing out on some profits, but the other option is to jump in and hope one's luck holds.