Why Value Investors Should Focus on Japan 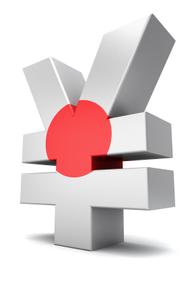 In the wake of global economic recovery, interest rates are staying near historic lows and stocks have surged to new highs. Although markets did pull back in the last couple of weeks, stocks remain near all-time highs, which is continuing to push value investors away from stocks.

In the last few months, valuations have remained at or near peak levels, and the information technology sector was at the forefront of the bull run. This does not come as a surprise considering the important role played by many tech giants in helping the global economy continue operating during the pandemic.

At present, all the benchmark equity indexes are near all-time highs after spectacularly recovering from the market crash in March of 2020. The S&P 500 is up by 65% and the Nasdaq 100 is up by 80% from the lows reported just over a year ago. The support extended by the Federal government and monetary policymakers has been key to this successful stock market performance in the U.S., and both these factors are likely to remain in play for the rest of 2021 as well, in my view.

However, the Shiller price-earnings ratio, which is often used to determine the overall valuation level of the market, is flashing red signs at present and is much higher than the levels seen before the market crash of 2008:

With sky-high valuations in the United States, the rational choice would be to look to foreign markets to find undervalued, high-quality companies. Japan is arguably home to many undervalued companies, and I believe that tactically allocating assets to this developed Asian nation could help investors generate alpha returns in the long run.

The economic outlook for Japan

Although the recovery of the Japanese economy has been slow in comparison to some of the other large economies of the world, the growth is expected to accelerate in the second half of 2021.

According to the International Monetary Fund, Japan's GDP will grow by 2.1% in 2021 and 2.4% in 2022, and the projections were revised to the upside recently following the better-than-expected performance in the second half of 2020. Exports, as illustrated below, have trended higher after hitting a low in early-2020, which could be an early signal of strong economic growth in the next couple of years.

The unemployment rate is expected to fall to 2.8% from 3.3% in 2020 and reach 2.2% in 2022. The economy was injected with government stimulus in excess of $700 billion, which has already boosted domestic consumption and is continuing to support structural changes that would help the Japanese economy in the long run. These changes focus on achieving carbon neutrality by 2050 and increased digitalization by expanding the availability of 5G technology. The economic relief package focuses on helping the hard-hit travel and leisure sectors as well, which is another positive sign.

Since the implementation of a new economic policy in 2012 in order to make Japan a competitive economy, the Japanese stock market has advanced rapidly by appreciating three-fold from the lows seen during the global financial crisis.

However, the economy failed to consistently report positive growth due to structural and demographic challenges, and inflation failed to reach the target levels set by the monetary policymakers. Abenomics, the progressive economic policies introduced by Prime Minister Shinzo Abe when he secured power for the second time in 2012, has helped the country make some positive economic changes. These changes include higher government spending to stimulate the economy, higher labor force participation from women and accommodative monetary policy decisions to promote investment in new businesses.

It would, however, take a few more years for global investors to see the full effect of these changes, which makes now the best time to invest in Japan before institutional investors catch up on the positive developments, pushing stock prices to overvalued levels.

Unlike small-cap stocks of other developed equity markets, Japan's small-cap stocks remain under the radar, making this asset class a top pick for contrarian and value investors. According to Matthews Asia, three major reasons have resulted in small-cap Japanese stocks trading in the deeply undervalued territory:

As illustrated below, Japan's small-cap stocks have had a very low correlation with the S&P 500 index in the 10 years ended in December 2018, which highlights the diversification benefits that could be achieved by investing in this asset class.

BRK.A, Financial)(BRK.B, Financial)invested $6 billion in Japanese trading conglomerates, which could be thought of as another indication of the undervalued nature of the nation's capital markets.

How to invest in Japan

The best way for foreigners to gain exposure to the Japanese market is to buy exchange-traded funds with a focus on the country. These funds offer an opportunity to gain from the growth of many companies that are included in its underlying index while reducing concentration risk. Below are some of the most widely traded Japan-focused ETFs for U.S. investors:

As a result of Abenomics, the corporate profitability in Japan has increased meaningfully over the last eight years, and the country remains committed to implementing positive changes that would lead to sustainable growth in the GDP. In comparison to G7 countries, Japan is offering attractive valuations because of the large number of small companies that are traded publicly.

The consumption expenditure has declined following the restrictions introduced by the government early last year to stop the spread of Covid-19, but the success of such measures in combating the virus coupled with the stimulus package have increased the domestic demand for goods and services. The economic recovery is slow so far, but it is expected to accelerate once the infection rate is under control, which could be as early as the second half of this year.

The best time to invest in stocks is when there is pessimism, and this makes Japanese small-cap stocks very attractive today considering the expected revival of the economy in the next couple of years.

Disclosure: The author does not own any shares mentioned in this article.