Is the company's improving business enough to justify its valuation? 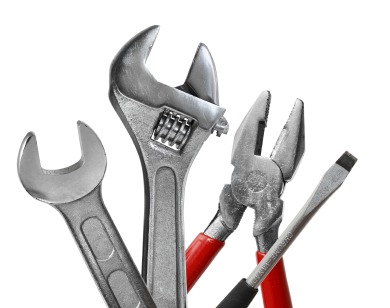 SWK, Financial) have demonstrated quite the return recently. The stock is higher by nearly 12% year to date through Thursday's close. The S&P 500 Index is up 8.6% over this period of time. Extending the timeline even further shows just how much the stock has outperformed the market as shares have returned more than 74% compared to a 48% gain in the benchmark index over the last year.

This growth comes at a price, however, as Stanley Black & Decker's valuation has climbed to a level rarely seen this century. The stock is also expensive relative to its intrinsic value as calculated by GuruFocus.

Is the valuation justified or are investors better off waiting for a pullback? We will examine the company's recent results to determine an answer to that question.

Stanley Black & Decker's 2020 was a tale of two stories. In the first half, which coincided with the onset of the Covid-19 pandemic, revenue decreased 11% and adjusted earnings per share fell more than 31%. Juxtaposed to this was a 12.5% increase in revenue and 43% improvement in adjusted earnings per share for the second half of the year as the company's business staged a recovery.

Stanley Black & Decker's fourth quarter was the standout with organic growth 16% higher. This was the company's first double-digit quarter of organic growth since at least 2016. Volumes led the way with 15% growth, but acquisitions added 2% and pricing and currency both contributed 1%.

The best-performing segment was Tools & Storage, which delivered 25% organic growth. Volumes improved 23% with price adding 2% to results. Every region was higher by at least a double-digit percentage, with North America growing 25%, Europe higher by 18% and emerging markets up 22%.

Retail was the best performer in North America, but commercial and industrial customers were also strong. Demand was so high toward the end of the year that inventory levels were below the prior period. Europe benefited from brick-and-mortar strength and gains in e-commerce. Construction demand in India, Latin America, Russia and South Korea drove growth in emerging markets.

Industrial sales were higher by 10%, but organic growth decreased 2%. The difference between the two figures is that Stanley Black & Decker's acquisition of Consolidated Aerospace Manufacturing added 11% to results. A 2% decline in volumes and a 1% headwind due to an oil and gas divestiture were only partially offset by a benefit from currency exchange. On the plus side, the organic growth decline had a significant deacceleration sequentially, where the company had an organic growth decrease of 25% in the third quarter. The drastic turnaround speaks to the strength of the company's business.

Organic revenue for Engineered Fastening fell 2% as industrial markets offset automotive growth. Infrastructure was down 5% as increases in attachment tools were offset by lower construction activity in oil and gas.

Security sales fell 3% with organic growth down 4%. Pricing and acquisitions each added 1% to results with currency a 3% benefit. This was offset by a 5% drop in volumes and 3% headwind due to divestitures. Fewer installments of automatic doors caused a 5% decrease in North America. Europe was lower by 1% as a weak environment in the U.K. offset gains in France.

The company's balance sheet looks good as well, ending the quarter with total assets of $25.6 billion, current assets of $6 billion and cash and equivalents of $1.4 billion. Total liabilities stood at $23.6 billion, with current liabilities of $4.6 billion. Long-term debt was $4.2 billion, with no debt maturing within the next 12 months. The company also generated a record free cash flow sum of $1.7 billion during the year.

Stanley Black & Decker provided guidance for 2021 as well. The company expects adjusted earnings per share of $9.70 to $10.30 for the year, which would be a 10.6% increase from 2020. Organic sales are projected to rise 4% to 8% in 2021. Stanley Black & Decker does anticipate each segment to produce positive organic sales growth in 2021, led by a range of 4% to 8% growth in Tools & Storage. This segment in particular will have very easy comparable sales in the first half of 2021, before coming up against excellent results in the second half.

Stanley Black & Decker had a major turnaround in the second half of last year as the company's business succeeded under difficult circumstances. The rebound, especially in the fourth quarter, speaks to the company's strength and to consumer demand for products.

The stock also looks expensive based on its intrinsic value.

Stanley Black & Decker had an excellent end to what was an unprecedented year. The company's strength in key product categories allowed it to overcome challenges and eek out growth on the top line and a high single-digit improvement on the bottom line. Guidance for the year also shows the company is anticipating further business improvements.

This strength over time has allowed the company to increase its dividend for more than 50 years, qualifying it as a Dividend King.

These positive factors have also contributed to the returns that shareholders have enjoyed recently, driving the valuation to a level rarely seen.

I don't mind overpaying for quality, which is how I view Stanley Black & Decker, but I have my limits on how much of a premium I will tolerate. With shares trading well above both the historical valuation and the GF Value, I will wait for a pullback prior to purchasing more shares of Stanley Black & Decker.