Kroger Bets Big on Robots to Take on Walmart and Amazon 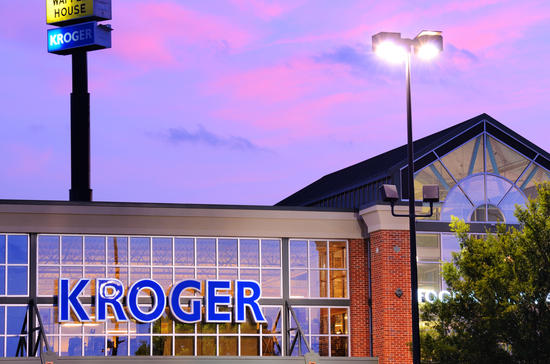 KR, Financial) is beginning to ramp up its plans to solidify its online sales and shift more to e-commerce, which became extremely crucial during the pandemic. Online sales for groceries surged as people preferred to stay at home rather than go out to shop.

AMZN, Financial) and Walmart (WMT, Financial), which have massively invested in this space. However, Kroger CEO Rodney McMullen has recently announced the possibility of introducing robotics in its Ohio warehouse to play catch-up with competitors.

Kroger has now officially introduced its Ocado (LSE:OCDO) facilities, where work has been progressing for more than three years. It also highlighted the key aspects of its first automated facility in Monroe. The company had already presented its strategic plan for a digital ecosystem at its shareholder meeting held late last month, but this week, Kroger provided further details on the automation process and what it would mean for the company.

Kroger has deployed an army of more than 1,000 robots at the warehouse, spanning over 350,000 square feet. The robots' movement will be guided by an air traffic control system while lifting orders above 21 levels of crates. Artificial intelligence will be used to optimize the robots' motion and placement while they strategically work along with human workers facilitating the process.

This process is expected to help Kroger fulfill each order within minutes and place it in the vehicle for delivery at either cross-dock facilities or directly at consumer homes. At the cross-dock facility, the items would be loaded in smaller vehicles for delivery for distance greater than 90 miles from the automated customer fulfillment center (CFC).

Catching up with peers

Kroger is under pressure and is facing strong competition from Amazon and Walmart in its business. The automation in the fulfillment facility will help the company pick 50-item orders in less than five minutes, which is way faster than human workers picking items from the store. The company is betting big on robots with an aim to double its digital sales by 2023. McMullen said, "Society has leapt into a new digital era, and so has Kroger There is still huge opportunity in front of us."

The company's commitment to develop such fulfillment centers is a capital-intensive approach and is being viewed as a big gamble by some analysts. The initial few fulfillment centers have cost the company more $50 million. While the automated warehouses are expected to support the company to catch up with its peers in online groceries, analysts are wary of the expensive method and the late start.

In addition, the company's deal with the above-mentioned UK-based Ocado to produce the facilities was made three years back. During the period, Americans were observed preferring picking up online orders from nearby stores to evade home-delivery fees. However, robots at Kroger would be initially involved in deliveries only. In contrast, Walmart and other grocers have cheaper automated ways of picking groceries, wherein they use smaller robot-run facilities in existing locations.