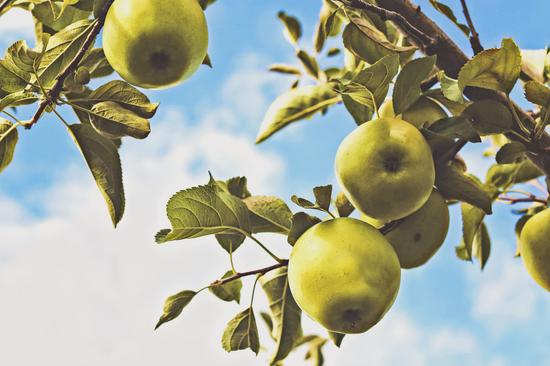 The past 12 months have been unprecedented in mindboggling ways, and the first quarter of 2021 has brought about notable developments including the start of a new presidential administration, the acceleration of COVID vaccine distribution, and major steps toward reopening the global economy. Through all the tumult both good and bad over the past year and quarter, we feel good about our results, and we think that our focus on Quality at a Discount investing has served us well. Our equity and conservative allocation portfolios performed well for the quarter. Twelve-month returns were particularly strong, bolstered by the fact that the period began near the March 2020 bear market bottom.

While our focus in this article is on equities, it is worth noting that our bond funds held up remarkably well in the face of a sharp rise in yields (and drop in bond prices). Our fixed income team anticipated rising yields and held the average maturity of their bonds at the short end of the ranges allowed by each fund's charters. This is particularly impressive considering that a seemingly insignificant rise in rates from 0.91% to 1.74% (as the 10-year Treasury bond experienced in the quarter) causes a 10-year bond to drop in price by about 5%. Tom and Nolan provide full details of a tumultuous quarter in the bond market in their latest "Fixed Income Insights."

As we have written since the beginning of the pandemic, the answer to the question "how are we doing?" depends on who you are and what business you are in. For individuals, could you work from home? Were you an "essential service" worker who had to be in harm's way? Did you work in travel, hospitality, entertainment, or another industry that was crippled by the pandemic and lose your job? If your livelihood was impaired, did you get by with government payments (that will end), and were your rent and mortgage payments "suspended" (but not forgiven)?

Companies face the same mixed bag. Some were major beneficiaries of the pandemic (Zoom (

ZM, Financial), Netflix (NFLX, Financial), Amazon (AMZN, Financial)) and others were nearly (or actually) put out of business (airlines, restaurants, theaters). Strong, liquid companies used the Fed's cheap credit to extend debt maturities and lower interest costs while badly impacted companies borrowed billions to keep their doors open but will exit the pandemic with impaired balance sheets. Each industry will have its own recovery path, and the pace and strengths of those paths will vary widely.

Investors have been tossed about by extreme volatility in both the stock and bond markets. Savers trying to live on investment income had been suffering from low interest rates for a decade, and the Fed's redoubled efforts to maintain liquidity exacerbated the income investors' problem. Stock and bond investors have had to make assessments of the viability of all types of businesses in a post-COVID world. Stock prices tend to reflect expectations rather than current reality, so the task for investors is further complicated by the fact that we have no historical precedent for a pandemic recovery of this magnitude.

In short, it is very hard to generalize about "how we are doing." The aggregate economic data paint a picture of a fairly robust recovery from recession lows. The "direction" of most indicators is positive, yet Treasury Secretary Yellen and Fed Chair Powell said as recently as late March that the economy needed "even more help" to counter the impact of COVID. The narrative of the bull market seems to be that the economy is so weak that continued low interest rates are assured, justifying high P/E ratios, yet a strong, reopening economy will provide prosperity and strong company earnings. This apparent internal contradiction has always troubled us. Nevertheless, we continue to live with the ambiguity, and we remain focused on individual company business values. In the words of famed value investor

Seth Klarman (Trades, Portfolio), we worry top-down (macro-economic factors), but we invest bottom-up (one stock at a time).

The biggest issue for investors is the future path of interest rates. Higher yields on bonds present stiffer competition and lower P/E ratios for stocks. This is why stock investors are so fixated on predicting changes in rates and why the Fed's "promise" not to raise rates for two more years has made many investors feel that they can "pay up" for stocks with impunity. Inflationary and deflationary forces have been in a titanic struggle for a long time, and it would be presumptuous of us to make a prediction as to what they will do next. Rates have ranged between (roughly) 0% and 20% over the course of our investment careers. They are near 0% now because of Fed manipulation. We do not try to predict rates, but investors should understand that 0% is probably not the "equilibrium" interest rate for the U.S. economy.

A moderate increase in rates, especially if the change is gradual, is not a problem for us. The stock market would probably wobble, but conservative investors and strong businesses can cope with higher rates. Speculators, though, who have borrowed at these very low rates to leverage their bets could find rising rates problematic. Each bull market spawns its own crop of speculative excesses, and the current version is no exception. Here are thumbnails on a few of the more colorful current examples:

Electric vehicles (along with battery makers and hydrogen fuel cell companies) have captured investors' imaginations. Much has been written about the valuation of Tesla (TLSA) (its market cap recently approached the value of all other auto companies in the world combined). But at least Tesla has a product on the road. Nikola (

NKLA, Financial), Lordstown Motors (RIDE, Financial), and some other startups have ideas for products that have been met with considerable skepticism, yet some have market caps in the billions.

The Robinhood online brokerage firm and Reddit online "communities" have been in the news in connection with "short squeezes" that have sent individual stocks soaring and inflicted losses in the billions on some large hedge funds. GameStop (

GME, Financial), a retail purveyor of videogames (whose best days are probably behind it), began 2021 at under $20 per share. Three weeks later, it had more than doubled. Then it took off, rising from $43 on Jan 21, to an intraday high of $483 on Jan 27, and closed at $54 on Feb 4. Quite a roundtrip for a two-week period (and the volatility continued during the balance of the quarter).

Bitcoin is a digital "token" based on "blockchain" technology. (We think of blockchain as an accounting ledger in which each transaction adds another increment to the structure, like building a "drip castle" at the beach. Blockchain technology itself is proving to have significant real-world applications.) Bitcoin is one of the best known of many cryptocurrencies. Bitcoin can be used as a medium of exchange and has value as long as others think it has value. It has serious fans who may be right in predicting that it has an important role as an alternative currency. On the other hand,

Finally, we come to NFTs "Non-Fungible Tokens." As an imperfectly informed layperson, we would describe NFTs as digital files (pictures or text) which can be "tokenized" through blockchain technology so that each is "unique." They are, essentially, nothing but one can "own" them. Thus, they can be bought and sold. This sounds to us like the made-up card game of TEGWAR ("The Exciting Game Without Any Rules") that Mark Harris wrote about in his 1950's novels, Southpaw and Bang the Drum Slowly. In the game, veteran baseball players would fleece the rookies by making up the rules as they went along, counting on the rookies' embarrassment at not knowing how to play. Well, "harmless fun" at a few dollars per NFT, but a token attached to a collection of digital works by an artist known as Beeple recently sold at Christie's for $69 million. Surely there is more to this story that will come out over time, but in our opinion, NFTs have a certain Emperor's New Clothes aura.

Speculation is a natural part of securities markets. It is not evil. We have noticed, though, that in an interconnected world, when a speculative trading vehicle implodes, there can be collateral damage for innocent bystanders. (For example, the Mortgage Crisis of 2007 became the Great Financial Crisis of 2008-09 when the financial problems of some weaker institutions triggered a more general liquidity crisis for the whole economy. No prediction here we just want to be alert to potential dangers.)

Vaccines are here, the reopening of the global economy is proceeding, and corporations are generally finding ways to cope with the impact of the pandemic. We are optimistic about the future in general and, in particular, the growth in business value of our companies.

The issue that gives us pause is the level of stock (and bond!) valuations. We believe that the recovery news will be good, but it may not be as good, or come as quickly, as stock prices seem to be anticipating. This is not a disaster by any means, but some combination of earnings disappointments and rising interest rates may well interrupt the remarkable rebound from March 2020 lows. If something really scares investors and triggers another stock market "demolition derby," as it did a year ago, our portfolios hold heavily armored vehicles that should bring us safely out the other end. Our returns may, or may not, have borrowed a little from the future, but we believe that our collection of businesses is positioned to serve us well over the next several years. That is what counts.

The opinions expressed are those of Weitz Investment Management and are not meant as investment advice or to predict or project the future performance of any investment product. The opinions are current through the publication date, are subject to change at any time based on market and other current conditions, and no forecasts can be guaranteed. This commentary is being provided as a general source of information and is not intended as a recommendation to purchase, sell, or hold any specific security or to engage in any investment strategy. Investment decisions should always be made based on an investor's specific objectives, financial needs, risk tolerance and time horizon.