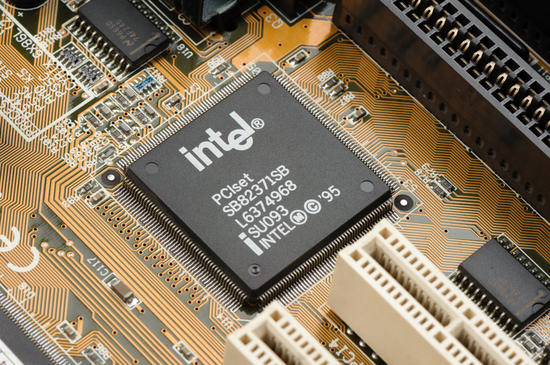 After the closing bell on April 22, Intel Corp. (

INTC, Financial) reported its earnings results for the first quarter of fiscal 2021, which ended on March 27. Both earnings and revenue fell year over year, but surpassed what analysts had been predicting.

The company's shares fell 1.77% over the course of the day to close at $62.57 as investors anticipated an earnings retreat. Prices dropped further in after-hours trading following the news. 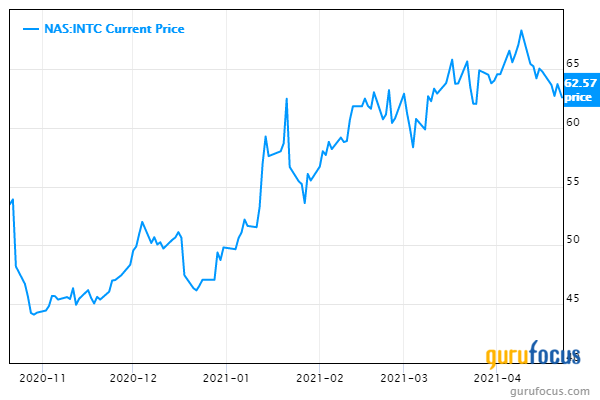 By segment, PC sales had their best quarter in years, with sales of chips for notebook laptops up 54% year over year and total PC volumes increasing 38%. The Client Computing group, which includes PC chips and makes up over 59% of Intel's revenue, reported $10.61 billion in sales compared to $9.78 billion in the year-ago quarter. Unfavorable product mix was a headwind to results as most desktops and laptops sold used less expensive chips, and Apple's (

AAPL, Financial) increasing use of its own chips instead of Intel's was also a drag.

Revenue was also better than expected in the Internet of Things Group (IOTG) and Mobileye. Mobileye set a new revenue record in the quarter, up 48% year over year to $377 million, while IOTG was up 4% to $914 million.

Data Center revenue was down 20% year over year to $5.56 billion compared to the $6.99 billion it reported a year ago. Sales in this segment saw a significant boost last year as companies increased their cloud operations and more people worked from home.

The GAAP operating margin for the company declined to 18.8% from last year's 35.5%. However, the non-GAAP operating margin, which excludes restructuring and "other" charges, only decreased to 32.8% versus 39.5% in the prior-year quarter. The gross margin was down 5.4 percentage points year over year at 55.2%.

Intel's new CEO Pat Gelsinger, who took the reins in February, had the following to say:

"Intel delivered strong first-quarter results driven by exceptional demand for our leadership products and outstanding execution by our team. The response to our new IDM 2.0 strategy has been extraordinary, our product roadmap is gaining momentum, and we're rapidly progressing our plans with re-invigorated focus on innovation and executionThis is a pivotal year for Intel. We are setting our strategic foundation and investing to accelerate our trajectory and capitalize on the explosive growth in semiconductors that power our increasingly digital world."

Intel's strategy shift, which includes plans to invest $20 billion in new microchip manufacturing plants and become a contract chip manufacturer (or foundry), is expected to take years to come to completion. As for the most recent quarter, sales were essentially flat even as demand for microchips skyrocketed. 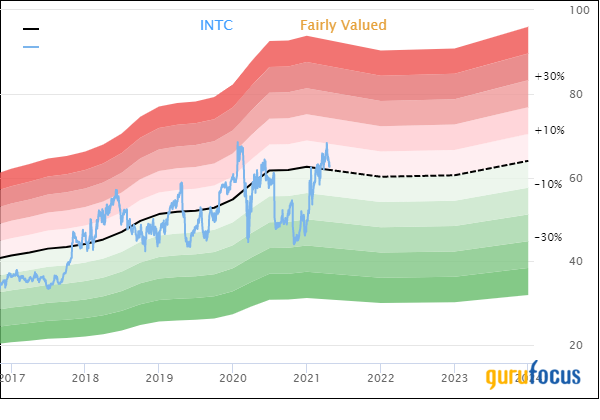 If the company's strategy shift is successful, this could prove a great time to pick up shares at value prices. The worldwide increase in demand for microchips means that chip foundries will be in high demand in the coming years as companies find it increasingly profitable to outsource chip production.