The annual inflation rate in the US soared to 4.2% in April. 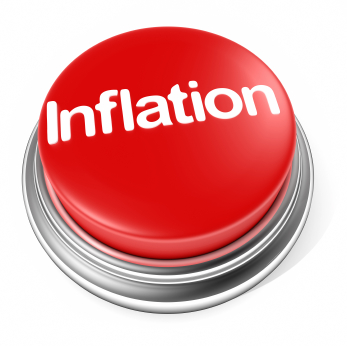 Wall Street got another hot inflation number on Wednesday morning. The annual inflation rate in the U.S. soared to 4.2% in April of 2021, up from 2.6% in March, according to the U.S. Bureau of Labor Statistics (BLS). That's well above market forecasts of 3.6% and marks the highest reading since September of 2008.

Then there are the March Consumer Price Index (CPI) and the March Producer Price numbers, which were also more robust than expected.

Rising inflation is usually a headwind for Wall Street as it pushes long-term interest rates higher. Eventually, the Federal Reserve will be forced to raise short-term interest rates to prevent hyperinflation and keep the value of the U.S. dollar from weakening too much.

Still, the Federal Reserve still doesn't seem concerned about inflation risks thus far. Instead, Fed officials have repeatedly stated in public appearances that the recent surge in inflation is only a transitory problem due to supply-side bottlenecks as the economy strives to recover from the pandemic.

The U.S. Treasury bond market seems to agree with Fed officials. The 10-year bond yields have stabilized around 1.60%, indicating that government debt investors do not see inflation being a long-term problem. That could help Wall Street shake off the hot inflation numbers.