These Are the Stocks I Own for My Clients 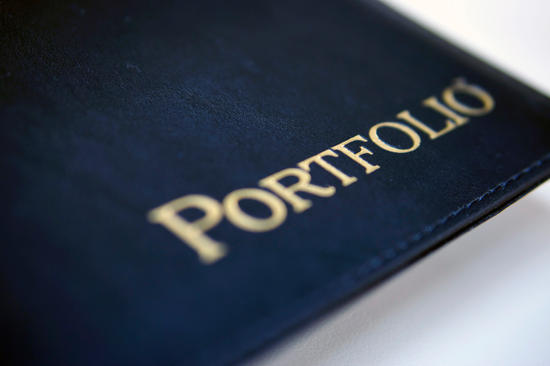 Once a year, I devote this column to a rundown on the stocks I own. Here are the stocks in the model portfolio of Dorfman Value Investments. I own each of them personally and for the majority of my clients.

Bipartisan cooperation sometimes seems no more real than the tooth fairy, but I believe it can happen on rebuilding the nation’s bridges and tunnels. President Biden proposed spending more than $2 trillion on infrastructure over 10 years. I think Congress will approve something in the area of $1.2 trillion.

As infrastructure plays, we recently bought shares of Nucor Corp. (

When inflation picks up, as it has this year, the stocks of materials producers usually do well. In addition to Nucor, we own Sandfire Resources Ltd. (

In 2018 through 2020, the market was overwhelmingly led by huge technology stocks. We own two of these popular names – Alphabet Inc. (

GOOGL, Financial) and Apple Inc. (AAPL, Financial). Both have titanic cash hoards and are intensely innovative.

In the U.S. and abroad, there’s a big appetite for American TV Shows and movies. We bought Walt Disney Co. (

DIS, Financial) shares in 2018 when everyone was worried about a slowdown in television viewing (Disney owns ABC and ESPN). We also have ViacomCBS Inc. (VIAC, Financial), which owns some 3,600 movies and 140,000 TV episodes.

I think there is still pent-up demand for houses, so we own D.R. Horton Inc. (

DHI, Financial) and LGI Homes (LGIH, Financial). In the auto industry, we own Volkswagen AG (VWAGY), a leader in electric cars, and America’s Car-Mart (CRMT), which sells used cars to people with shaky credit, mostly in the South.

After more than six years of agony, the energy industry is recovering. Demand is up as the pandemic eases. Supply is down, since many wells have shut.

We own Total SE (TOT) the largest oil company in France, which also has large-scale projects in solar and wind. And we own Pioneer Natural Resources Co. (PXD), which has one of the best balance sheets in the industry.

We own four financial stocks. Berkshire Hathaway (BRK.B) is

Warren Buffett (Trades, Portfolio)’s conglomerate; it’s classified as a financial stock because insurance companies are a big part of it.

StoneX Group Inc. (SNEX) specializes in clearing commodity and currency trades. We think there will be more of both in the next couple of years, because of inflation and possibly a better trade climate.

Synchrony Financial (SYF) handles the credit card business of about 100 companies including Amazon.com, Lowe’s, American Eagle and Banana Republic. We expect that card use will increase this year, and that card delinquencies will decline as the pandemic eases.

Our most recent purchase is T. Rowe Price (TROW), the big mutual-fund company whose funds form the backbone of many corporate 401(k) retirement plans.

We are, as usual, light in real estate stocks. However, we own Hong Kong-based CK Asset Holdings Ltd. (HKSE:01113), which owns building in Hong Kong, mainland China and Britain. It also owns the Greene King chain of pubs in Britain – an albatross during the pandemic, but a rebound candidate this year.

Elective surgery often had to be postponed during the pandemic, but things are now improving. That should help Edward Lifesciences Corp. (EW), which makes artificial heart valves. In the animal-health realm, we own Zoetis (ZTS), which has had a return on invested capital exceeding 20% five years in a row.

I’ve owned General Dynamics Corp. (GD) on an off for years. Popular wisdom says that Republic administrations are good for defense stocks, Democratic ones bad. I think that’s a gross oversimplification.

Emerging markets account for about a third of the world’s gross domestic product, but only a sixth of the world’s stock market capitalization. Generally, they have faster growth rates and younger populations than the U.S. and Europe do. We hold the iShares Core MSCI Emerging Markets ETF (IEMG).

In addition to Apple, we own Sony Group Corp. (TSE:6758), the Japanese consumer electronics giant, and Texas Instruments Inc. (TXN), which has earned more than 40% on invested capital three years in a row.

However, today’s column is about the stocks I do own for clients. So for the record, my firms performance for the 21 ¼ years through March 2021 is a total return of 542%, versus 308% for the Standard & Poor’s 500 Index. Of course, past performance doesn’t predict future returns.

John Dorfman is chairman of Dorfman Value Investments in Newton Upper Falls, Massachusetts. His firm or clients may own or trade the stocks discussed here. He can be reached at [email protected]

I am/we are Long NUE, STRL, SFRRF, GOOGL, AAPL, DIS, VIAC, DHI, LGIH, VWAGY, CRMT,TOT, PXD, BRK.B, SNEX and others listed.
Rating: 5 / 5 (2 votes)
Write for GuruFocus
Submit an article
How to use GuruFocus - Tutorials What Is in the GuruFocus Premium Membership? A DIY Guide on How to Invest Using Guru Strategies GuruFocus New Features