Over the past few years, there has been a clamor among some shareholders and investors for industrial and oil companies to establish goals for reaching “zero-carbon” levels by certain specified dates. Environmental, social and governance (ESG) investing has grown rapidly over the past few years and many fund managers are encouraging companies whose shares they hold to take a more aggressive stance to meet either zero-carbon emissions or transition to renewable energy sources.

However, for many companies, the transition to the new energy world and its attendant profit opportunities will take decades to realize. From an investing standpoint, it is important to identify the companies whose alternative energy business prospects are close to achieving profitability.

One company that seems well-positioned to quickly profit from the transition to renewable energy and carbon-capture technologies is Chart Industries Inc.(

GTLS, Financial). Chart manufacturers cryogenic tanks and other equipment that freezes gases, such a nitrogen and natural gas, making them easier to segregate and transport. Its products can be found in a plethora of industries, from soda carbonization to delivering oxygen to hospitals for patients. At present, Chart’s most profitable ventures are providing equipment to industrial gas corporations and carbon-energy based markets.

Chart operates worldwide, and its recent results have reflected the ebb and flow of the natural gas and chemical industries fortunes. During the pandemic, the company grew earnings per share to $2.73, up from $2.52 in the previous year, on a small decline in sales to $1.2 billion.

The unique leverage Chart can utilize to jump-start its entry into renewables is its hydraulic technology, gas transportation and piping equipment. It is possible to apply these operations towards a wide array of promising renewable, low-carbon projects. For example, the same technology that makes it possible to capture natural gas can be utilized for capturing and taming other gases, such as nitrogen and hydrogen. These techniques that have long been used in Chart’s core businesses can be repositioned easily for carbon capture and storage emitted by drilling sites and factories.

Additionally, Chart plans to enter the promising and potentially huge addressable market presented by hydrogen fuel cell technology. For decades, Chart has been producing heavy equipment to process and move hydrogen. Due to its strength in these increasingly high-demand areas, the company is now becoming a key part of the supply chain for hydrogen fuel cell applications for alternative energy. Due to its long-time expertise with hydrogen transportation and processing, Chart presently helps construct the hydrogen fueling stations that will be an indispensable aspect for the success of hydrogen fuel cell powered vehicles.

The numbers foretell this business segment’s profit potential: Chart’s hydrogen orders increased to $71 million for the first quarter of this year from $4 million in the previous first quarter of last year. The company anticipates revenue from hydrogen and helium sales to leap to $99 million this year, up from $22 million in full-year 2020.

Investors can capture Chart’s hydrogen potential because it has been one of the company’s most profitable business segments. Steven Klopukh, a portfolio manager at Thornburg Investment Management, believes the company’s earnings could hit $8.00 per share annually, and he has set a price target of $180.00 solely on the strength of its existing renewable energy products and its proven hydrogen processing capabilities.

Finally, the company is well positioned to capitalize on the growing potential for carbon capture, a key component for the future of alternative energy, which CEO Jillian Evanko estimates is an $800 million market.

According to FactSet, Chart’s specialty products division will be the main driver for earnings per share growth of 44% this year and 33% next year, with an anticipated long-term growth rate of 25%.

The chart below shows growth in the company’s net income and revenue for the past three years: 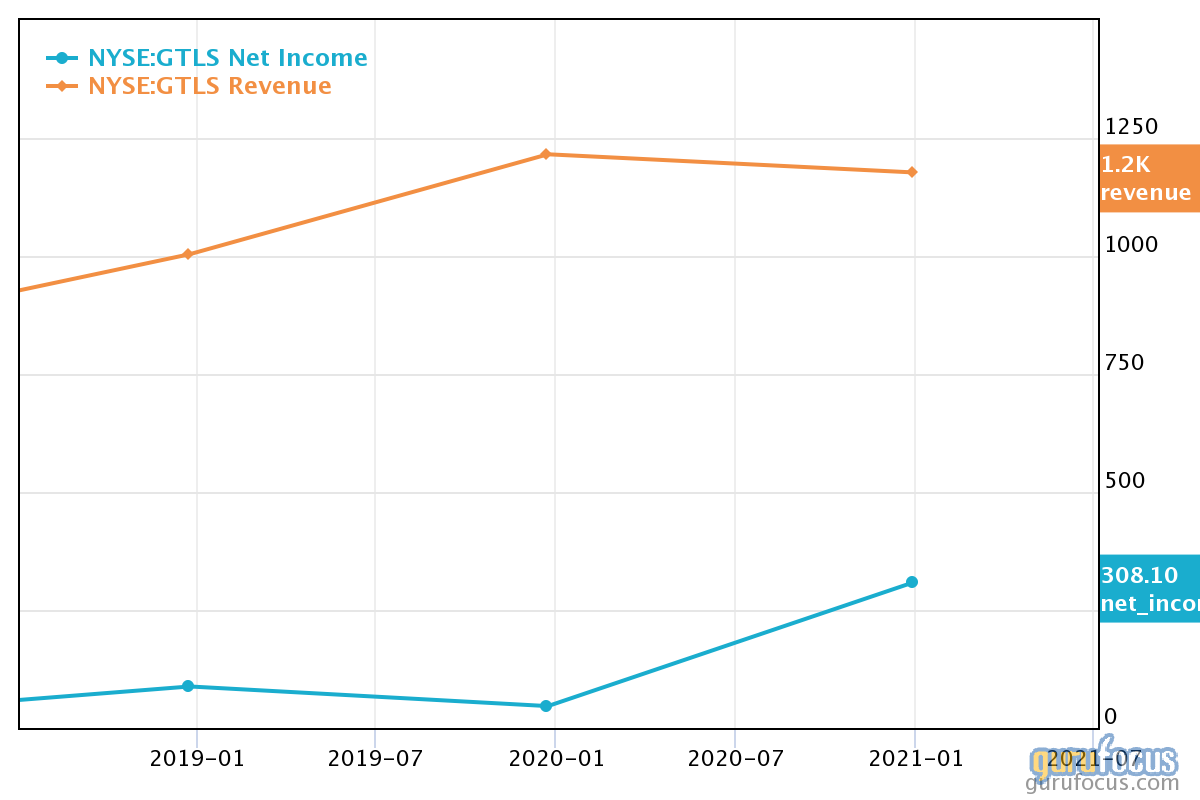 The stock’s current price of $147 per share doesn’t fully reflect the potentially vast future renewables and carbon capture market for Chart’s products. As the price-earnings chart below indicates, a multiple of slightly less than 17 is also significantly below its own historical valuations, further indicating room for multiples expansion. 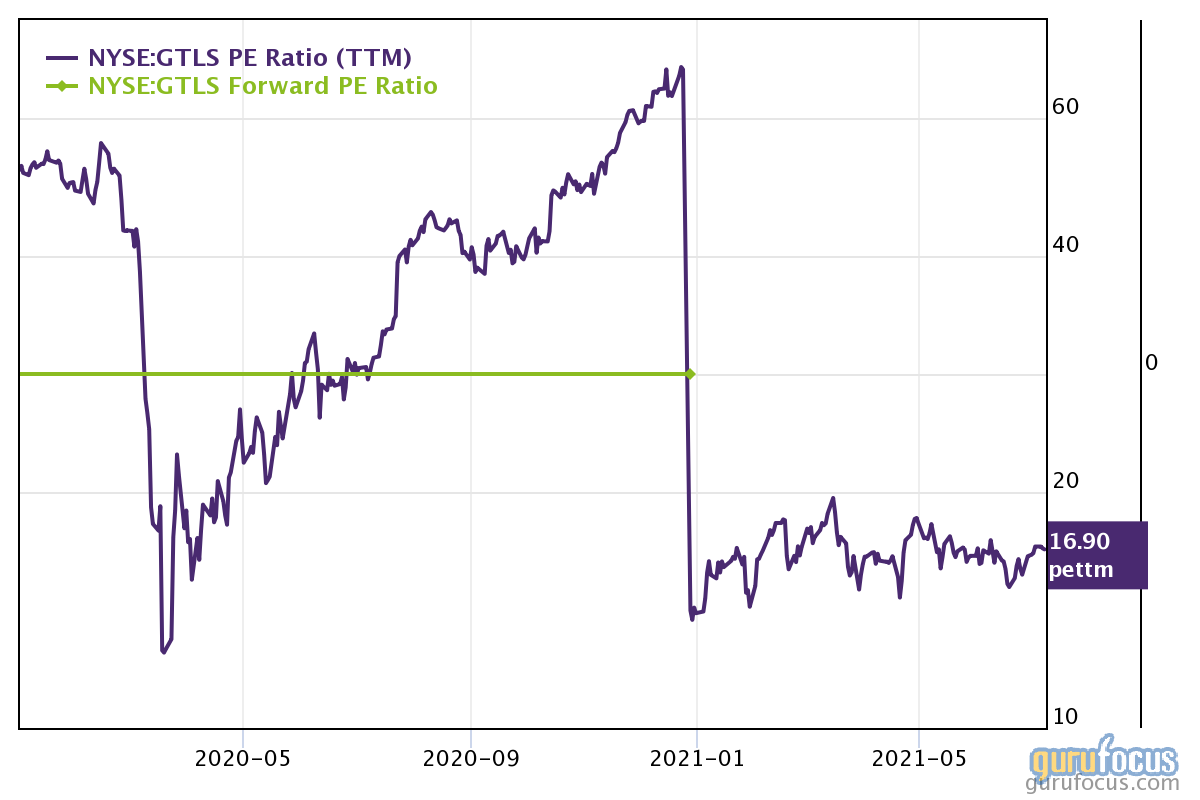 Disclosure: I have no position in any of the securities referenced in this article.