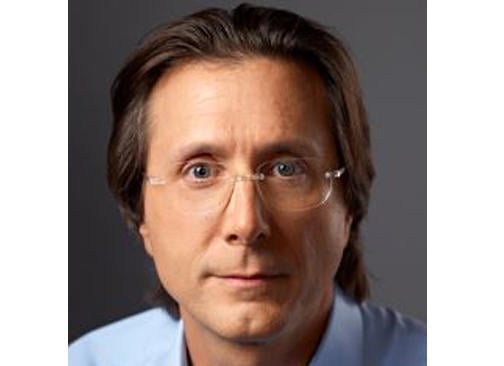 JOE, Financial) was incorporated in the State of Florida in 1936. JOE is a real estate development, asset management and operating company. JOE owns 171,000 acres of land in Northwest Florida. The Bay-Walton Sector Plan (“Sector Plan”) entitles, or gives legal rights, for JOE to develop over 170,000 residential dwelling units, over 22 million square feet of retail, commercial and industrial space and over 3,000 hotel rooms on lands within Florida’s Bay and Walton counties. JOE also has additional entitlements or legal rights, to develop acreage outside of the Sector Plan. Approximately 86% of JOE’s real estate is located in Florida’s Bay, Gulf, and Walton Counties. Approximately 90% of JOE’s real estate is located within 15 miles of the Gulf of Mexico.

JOE has become by far the Fund’s largest investment as the company obtained what may be the largest residential entitlement in the United Sates, initiated the first of what I expect to be many billion-dollar growth plans on coastal lands held for decades, and repurchased 36.3% of its stock at an average price of $17.63 per share.

Charlie Munger (Trades, Portfolio) had it right when he said that “The big money is not in the buying or selling, but in the waiting.” Second quarter 2021 revenue at JOE increased by 100%. Operating income increased by 177%. For the first six months of this year, JOE grew cash before distributions and investments by 127% to $1.00 per share. In the words of CEO Jorge Gonzalez in the latest quarterly earnings release, JOE “is only scratching the surface…for multi-generational growth.”

Jorge Gonzalez, the Company’s President and Chief Executive Officer, said, “We attribute these record results to methodical and consistent preparation and execution of our business strategy with specific focus on growth, diversification and recurring revenue streams which we believe is creating a synergistic ecosystem of primary residential, active adult, apartments, commercial leasing, medical, lodging, hospitality, retail and entertainment components. Northwest Florida, with its high quality of life, natural beauty and world class amenities, is being discovered by more people from more places than ever before. All of this is creating long-term shareholder value with strong operating results today and sets, what we believe to be, a concrete foundation for continued growth.”

Mr. Gonzalez continued, “At the May 2019 shareholders’ meeting, we presented the 2021 unit milestones breaking down our broad growth plans and diversification into five categories. These include homesites, apartment and senior living, commercial leasing, hotels and club memberships. These milestones are important since they represent future growth in revenue and create the synergistic ecosystem tying together growth in the Northwest Florida region with shareholder value of the Company. With the opening of new residential communities, new hotels, additional apartments and commercial buildings, we intend to update the milestones in the years ahead. We believe that we have only started to scratch the surface of our region’s potential as it is poised for multi-generational growth.”

The entire news release and Form 10Q can be found at www.joe.com. JOE is reaping record results with, in our view, much more to come.

A unanimous U.S. Supreme Court ruled that federal law allows the United States to do whatever it believes is in its best interests when it comes to Fannie Mae (

FNMA, Financial) and Freddie Mac (FMCC, Financial). Unfortunately, I believe what is in the best interest of the U.S. is to honor ownership rights. Fannie and Freddie preferred stock price declines reflect little if any sanctity or even recognition of contracts as the enterprises retain tens of billions of annual earnings. I wait for the Biden administration’s re-privatization plans (if any) and further judicial actions.

U.S. Treasury Bills and Treasury money market funds comprise 23% of Fund assets at June 30, 2021. T-Bills are safe and liquid as they are guaranteed by the U.S. Government, but earn less than one-tenth of one percent while, for example, the price of a Big Mac as reported by The Altoona Mirror increases by five percent annually. The Fund is swapping T-Bills for securities that have the potential to yield more and better hedge against inflation.

I and affiliates own 28% of the Fund.

The Portfolio Manager’s Report is not part of The

Fairholme Fund (Trades, Portfolio)s, Inc. Semi-Annual Report due to forward-looking statements that, by their nature, cannot be attested to, as required by regulation. The Portfolio Manager’s Report is based on calendar-year performance. A more formal Management Discussion and Analysis is included in the Semi-Annual Report. Opinions of the Portfolio Manager are intended as such, and not as statements of fact requiring attestation.
Also check out:
Not a Premium Member of GuruFocus? Sign up for a free 7-day trial here.