Labcorp and 4 Other Stocks Can Boast Value and Momentum 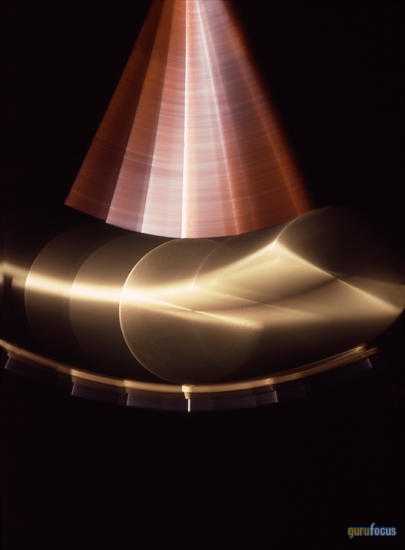 Twice a year in this column, I hunt for stocks that seem to possess both value and momentum. Even though the market has hit records lately, it’s still possible to find stocks that have both qualities.

Here are five I recommend. Each of them has beaten the Standard & Poor’s 500 Index this year, and each sells for 15 times recent earnings or less.

Nothing would please me more than for the pandemic to end tomorrow. But it isn’t happening. The delta variant has assured that the ordeal will go on for at least another few months.

That helps medical-testing companies, of which Laboratory Corp. of America Holdings (

LH, Financial) is one of the largest. Even after this pandemic is tamed, I think that companies and individuals will engage in more medical testing than they did before 2020.

Labcorp had a blow-out year last year, and its long-term results are also good. In the past decade, is has increased revenue about 11% a year, and profits more than 9% a year on average.

A mid-cap stock that I’ve owned in the past is Seaboard Corp. (

SEB, Financial). The company is controlled by the Bresky family, which holds about 75% of the stock.

Based in Merriam, Kansas, the company raises pork and turkey, mills grain and engages in ocean shipping. Most of its revenue comes from the Caribbean, Central America and South America.

The pandemic is raging in its main service region, but revenue is up 17% in the past year. The stock, up 31% this year (through Aug. 27), sells for six times earnings and 1.1 times book value (corporate net worth per share). Those are the kind of modest valuations I like.

NUE, Financial), once an upstart compared to U.S. Steel and Bethlehem Steel, is now the largest U.S. steel company. It makes about 70% of its steel by recycling scrap.

My interest in Nucor was heightened by the prospect (now a reality) that Congress would approve a big increase in infrastructure spending. It takes steel to rebuild bridges and tunnels, a step the nation sorely needs.

The shares have doubled this year, despite which they still sell for 12 times recent earnings and seven times anticipated earnings.

A mid-cap stock I like is Amkor Technology Inc. (

AMKR, Financial), based in Tempe, Arizona. The company provides testing services and packaging for semiconductor manufacturers.

Amkor gets more than half its revenue abroad. It has 10 factories in Asia and none in the U.S. It has posted profits in 14 of the past 15 years.

The company’s return on invested capital, which had been stuck in single digits since 2011, has broken into double digits in each of the past four quarters. The stock is up 85% this year, yet still sells for just under 15 times earnings.

FLGT, Financial) is speculative but interesting. Based in Temple City, California, the company sells products for genetic testing, a core business that I believe has long-term promise.

What’s propelled the stock in the past year, however, is Covid-19 testing. Covid tests currently account for the vast majority of its revenue, and investors fear that the company will implode when the pandemic finally wanes.

This is the 39th column I’ve written (beginning in 2000) on stocks that show both value and momentum. One-year returns can be calculated for 37 columns.

The average 12-month return on my recommendations has been 13.1%, which compares favorably to the 10.3% average for the Standard & Poor’s 500 Index over the same periods.

Twenty-seven of the 37 lists have been profitable, and 19 have beaten the index.

I am/we are Long DHI and NUE.
Disclosure: I own D.R. Horton and Nucor personally and for most of my clients.
The views of this author are solely their own opinion and are not endorsed or guaranteed by GuruFocus.com
Rating: 0 / 5 (0 votes)
Write for GuruFocus
Submit an article
How to use GuruFocus - Tutorials What Is in the GuruFocus Premium Membership? A DIY Guide on How to Invest Using Guru Strategies GuruFocus New Features